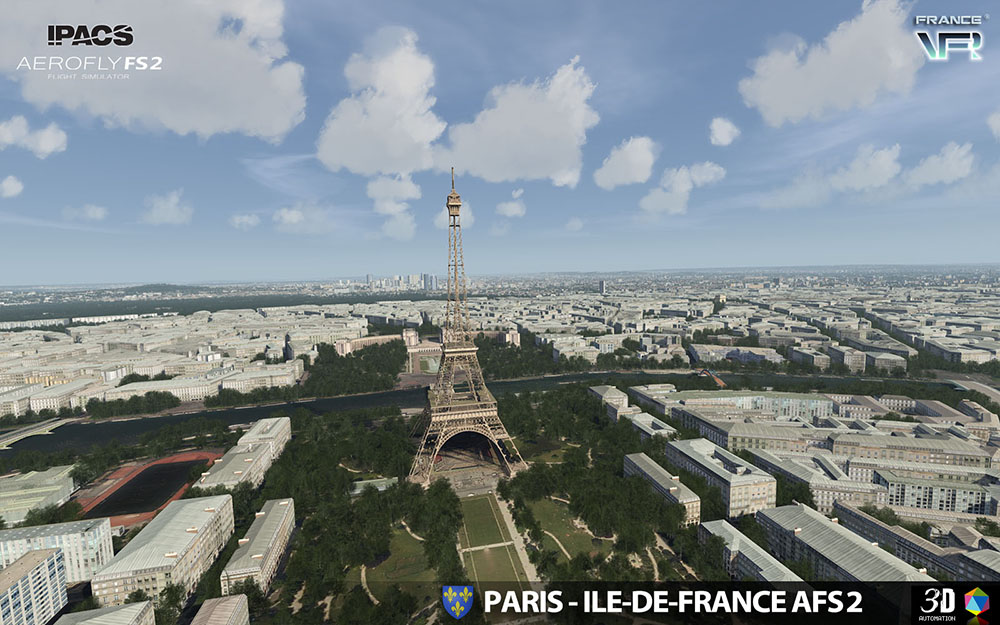 Developed by France VFR, the series is designed to provide an authentic VFR environment by embedding enhancements from a new 3DAutomation technology.

Other highlights include millions of trees along with thousands of objects, POI (Points of Interest) along with buildings such as churches, power plants, silos, castles, industrial tanks, bridges, tolls, etc.

Three highly detailed airports are included in the scenery - Lognes, Saint-Cyr and Toussus airports. Charles de Gaulle CDG, Orly and Le Bourget airports are not fully modelled, but the runway textures have been flattened, and all main buildings are featured. 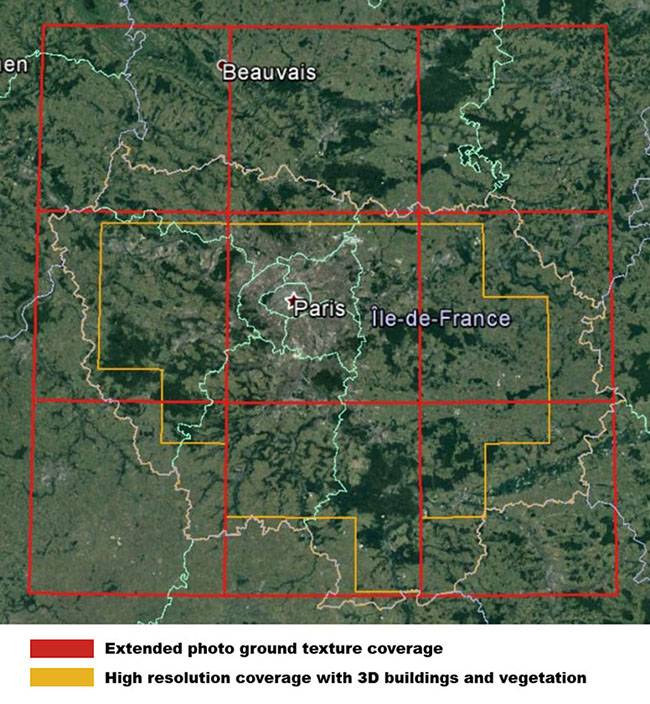