Once again we have a collection of high-quality freeware files for you to enjoy. These aircraft, scenery and utilities easily compare with many commercial products but don’t forget, if you’ve enjoyed a particular file please let the author know - it’s their only payback! By the same token we’re always interested to hear from you if you’ve downloaded or designed a file that you think is worth sharing.

Although the authors of these files have very kindly given us their permission to include them on our website, they still remain the property and copyright of the authors. You are free to enjoy them for you own use but they must not in any circumstances be distributed, copied, uploaded to any other websites or disassembled in any way whatsoever.

It seems our featured spot each issue has recently been commandeered by the same group of individuals, who it must be said produce very high-quality aircraft to a level that gets better with every new release. I’m talking about the prolific group including, but not restricted to, Milton Shupe, Nigel Richards, Rachael Whiteford, Rui Cristina, William Ellis and Roman Stoviak. Each of these talented individuals has a role to play in a product, with the structural and flight modelling usually the work of Milton Shupe. 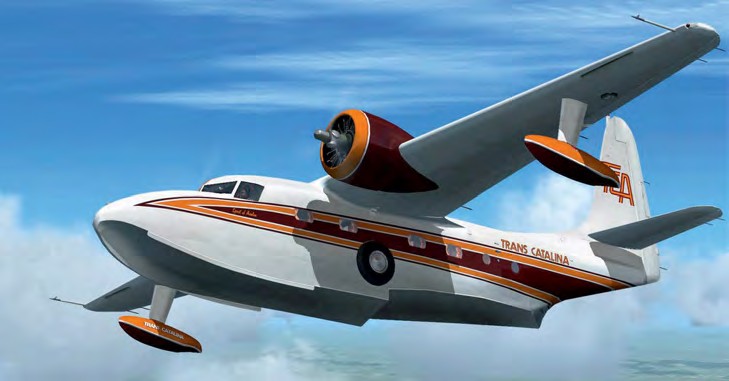 This time they’ve turned their talents to reproducing the Grumman G-73 Mallard, a medium, twin-engine amphibious aircraft manufactured from 1946 to 1951 by the Grumman Aircraft Engineering Corporation (later merged to become Northrop Grumman). The production of the Mallard ended when Grumman’s larger SA-16 Albatross was introduced. 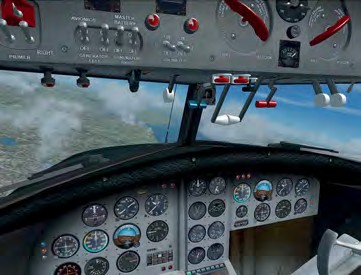 A very nice VR cockpit, which is mostly fully functional. 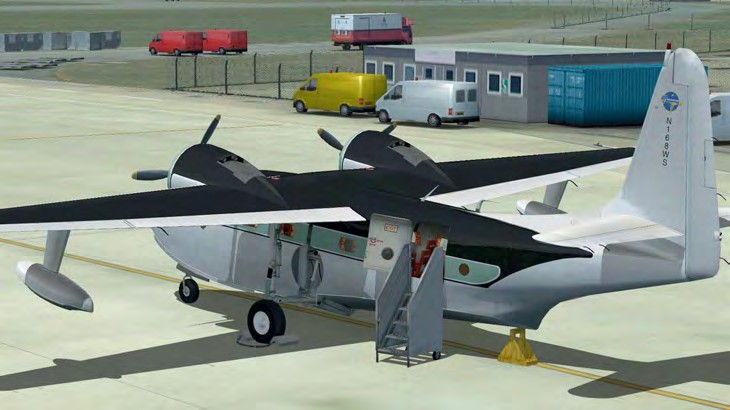 As usual, this is a fine depiction of the aircraft, with high-quality detailing throughout and plenty of animated features to breathe life into the aircraft. While completing a preflight walk around, you’ll notice that the external modelling is not restricted to a basic shape - the fuselage and engine nacelles set into the wings portray this amphibian aircraft beautifully. Likewise, the quality and variety of the textures (15 in all) is excellent.

The aircraft is provided in two models: Classic and Business class, with the main difference between them being the layout of the passenger cabin. One is purely functional, with traditional modern airline seats, while the other is luxuriously fitted with wide leather seating, polished wooden tables and cabinets that actually open. The cockpits are exactly the same with a comprehensive set of fully functional instruments. Altogether a very nice aircraft for you to enjoy. 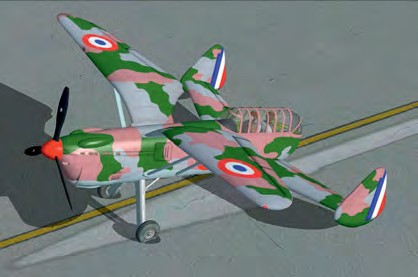 The Arsenal-Delanne 10 was an experimental two-seat fighter aircraft of French origin designed by Maurice Delanne and was a so-called ‘Nenadovich’ biplane or tandem wing configuration. This model was designed by Kazunori Ito.

Designed here by Camil Valiquette, this Chinese-built aircraft is a direct competitor to the Boeing 737Max and Airbus A320Neo. With similar looks and performance it has attracted 785 orders; most of which are from China. 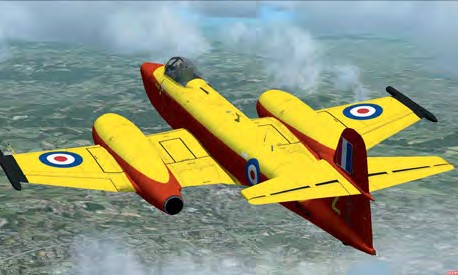 The Gloster Meteor U Mk.16 was an unmanned target drone based on the F Mk.8. As with the U.15, they could be piloted entirely by remote control, or carry a non-piloting observer. Another fine aircraft from the prolific A F Scrub. 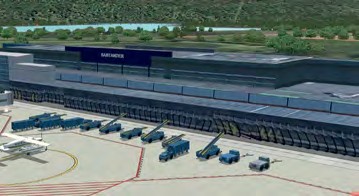 LEXJ is an international airport near Santander, Spain and the only airport in Cantabria. Its full title includes the name of Seve Ballesteros, the famous sportsman and ambassador for the area. It was designed for FS2004 by Serge Libon. 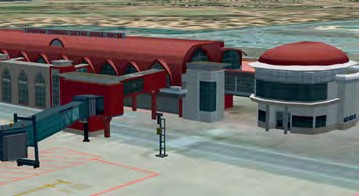 This is a ‘lite’ version of the Sultan Abdul Halim Airport, designed by Malaysian Flight Simulator Group (MFSG). Although there’s no restriction on use, the full version has quite a bit more detail and is available from simmarket.com. 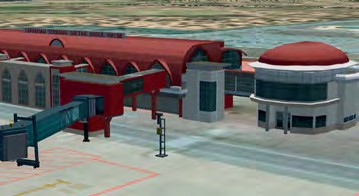 Paris is without doubt a beautiful city and this mission offers you the opportunity to explore many of its points of interest while flying your favourite helicopter; it is also compatible with Orbx scenery. 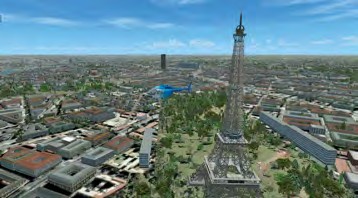 Aboyne is a small airfield near the Scottish town that bears its name, 25 miles west of Aberdeen. It is home of the Deeside Gliding Club and surrounded by hills, which makes for a scenic, yet interesting approach. Designed by Dmitriy Kozyrev.

Friedrichshafen Airport is in southern Germany and serves no fewer than four countries: Germany, Austria, Switzerland and Liechtenstein. It has been very nicely detailed here for X-Plane 11 by fsclips.