ON SEPTEMBER 1, 2018, the Slovak Republic took over full responsibility of sector 4 of the United Nations Peacekeeping Force in Cyprus (UNFICYP). The sector starts at Kaimakli, east of the divided capital of Nicosia and runs for 65km (40 miles) to the village of Dhernia, on the east coast of Cyprus. Since 1993, the Slovakian and Hungarian contingent has held responsibility for monitoring sector 4 with 202 soldiers, while sector 1 and sector 2 are being monitored by 212 Argentinean and 183 British soldiers respectively.

On August 29, UN peacekeepers from Hungary, Serbia and Ukraine, who, together with Slovakia, had the responsibility of serving in sector 4, completed their deployment in Cyprus. They were greeted by UNFICYP Force Commander Major General Mohammad Humayon Kabir during a farewell ceremony. As the replacement for the departing soldiers, the Republic of Slovakia deployed more troops for assignment to sector 4.

Chief of General Staff of the Slovak Republic, Daniel Zmeko said: “Slovak soldiers have led the sector in cooperation with other nations since its takeover [in 1993]. For both sides, we have been an excellent example of coexistence and problem-solving in a peaceful way. I believe we will continue to implement the laws and regulations in the spirit of the UN Charter and our soldiers will continue to represent our country.” Zmeko also thanked the members of the armed forces of Hungary, Serbia and Ukraine for their previous cooperation.

According to the Hungarian MoD, as of September 1 the United Nations Cyprus Peacekeeping mission currently consists of 1,021 members comprising almost 800 soldiers and 200 police Officers and civilians. After Slovakia with 132 peacekeepers, Argentina with 226 and UK with 250 members, Hungary has been the fourth largest contributing nation with 59 members.

To transport the Ukrainian, Hungarian and Serbian peacekeepers home, the Hungarian Air Force used Airbus A319-112 serial number 605, one of two in service with the 3rd Airlift Squadron ‘Teve’ assigned to the 59th Air Base ‘Dezső Szentgyorgyi’ at Kecskemet. The Hungarian Air Force started leasing the two A319s from Privajet in January 2018.

The two A319s are carrying out the tasks previously flown by An-26 cargo and troop transports, and are also in use for governmental flight, which forced the country to ask Slovakia to assist in the rotation of its peacekeepers to and from Cyprus.

On August 30, two Airbus A319- 115XCJs operated by the Slovak interior ministry, OM-BYA and OMBYK, were used to deploy Slovak peacekeepers from Bratislava- Ivanka to Larnaca International Airport, Cyprus. Slovak Air Force C-27J Spartan serial number 1931 operated by the Dopravna letka (Transport Squadron) assigned to the Transport Wing based at Malacky Air Base was used to carry their equipment and weapons.

On August 31, Slovakian A319 OM-BYA and the C-27J were used to transfer Hungarian peacekeepers and their equipment to Budapest. A similar mission was carried out by OM-BYK to transfer Ukrainian and Serbian peacekeepers back to their countries the previous day. 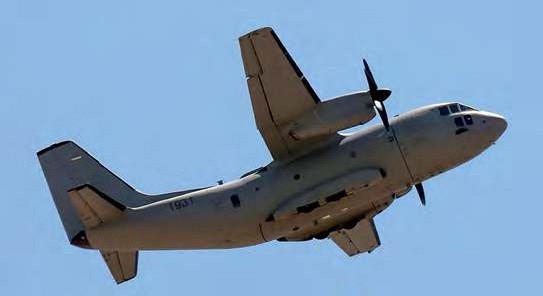 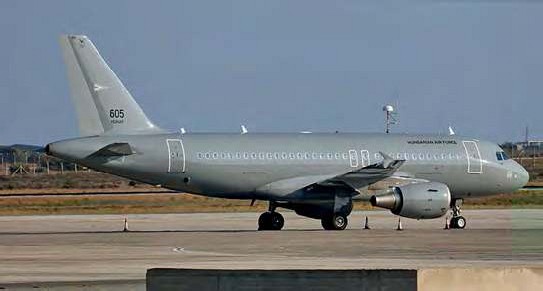 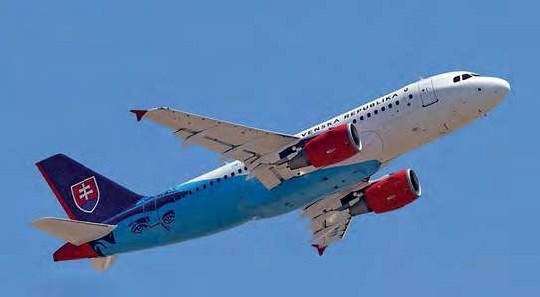