The tour took the contingent from Australia to Indonesia, Malaysia, Vietnam, Singapore, and India, before stopping at BA104 Al Dhafra, Qatar in preparation for the inal leg home. The aircraft arrived back at BA125 Istres on September 6.

There were some noteworthy missions lown during the Pégase tour. While in Indonesia, the A400M assisted in the humanitarian eforts following the earthquake on the island of Lombok. The Armée de l’Air lew in 25 tonnes of freight to the island on August 24. During a stay at Gwalior Air Force Station in India, the Rafales lew a joint mission with three Indian Mirage 2000THs. The Mirages refuelled from the C-135FR whereas the Rafale refuelled from an Indian Il-78.

The Pégase tour had diferent goals. On the one hand it was a very efective tool to strengthen already strong ties with key allies in the region. Singapore has 150 squadron with M346 based at BA120 Cazaux, Malaysia operates the A400M and India has ordered 36 Rafales, the first of which are expected to be delivered next year.

On the other hand, operations like Pégase are in line with the goals of the Armée de l’Air. Even though it was a publicised tour, the activity involved deploying three Rafales and support to the other side of the world for a duration of one and a half months. There is also a commercial side to the tour. Malaysia might be in the market for additional fighter jets, Indonesia might opt for the A400M and it is well known that India has a need for far more than 36 Rafales.

On September 7, the Armée de l’Air A400M leet reached 10,000 flying hours. This was achieved during a light from Gao in Mali to Niamey in Niger for Opération Barkhane. This milestone comes amidst continued serviceability problems with the aircraft. The latest problem was reportedly with the propeller gear box. The Minister of the Armed Forces, Florence Parly, told reporters on September 6 that the only 3.2 aircraft were serviceable during the first semester of 2018. She added that she hoped that the situation would improve before the year’s end. France has ordered 50 A400Ms, of which 14 have been delivered so far. Parly also said that the A400M programme was in a positive phase and that the manufacturer is working on improving its tactical capabilities. It was reported that in August the ONERA (office National d’Etudes et de Recherches Aérospatiales or National office for Aerospace Studies and Research) carried out tests in a wind tunnel in order to assess the solution proposed by Airbus for the helicopter refuelling capability. The A400M has to fly at such low speeds to refuel helicopters that it has to fly with the flaps fully extended; a problem that leads to an increase in wake turbulence behind the aircraft, which makes it almost impossible for helicopters to refuel. Airbus has proposed a more flexible and longer refuelling line. ONERA reported the tests looked promising and that several potential improvements had been found. According to the institute, Airbus will carry out inflight tests towards the end of the year.

The Armée de l’Air A400M fleet reached 10,000 flying hours on September 7, yet during the first semester of 2018 only three out of the 14 French A400Ms were serviceable. Jan Kraak 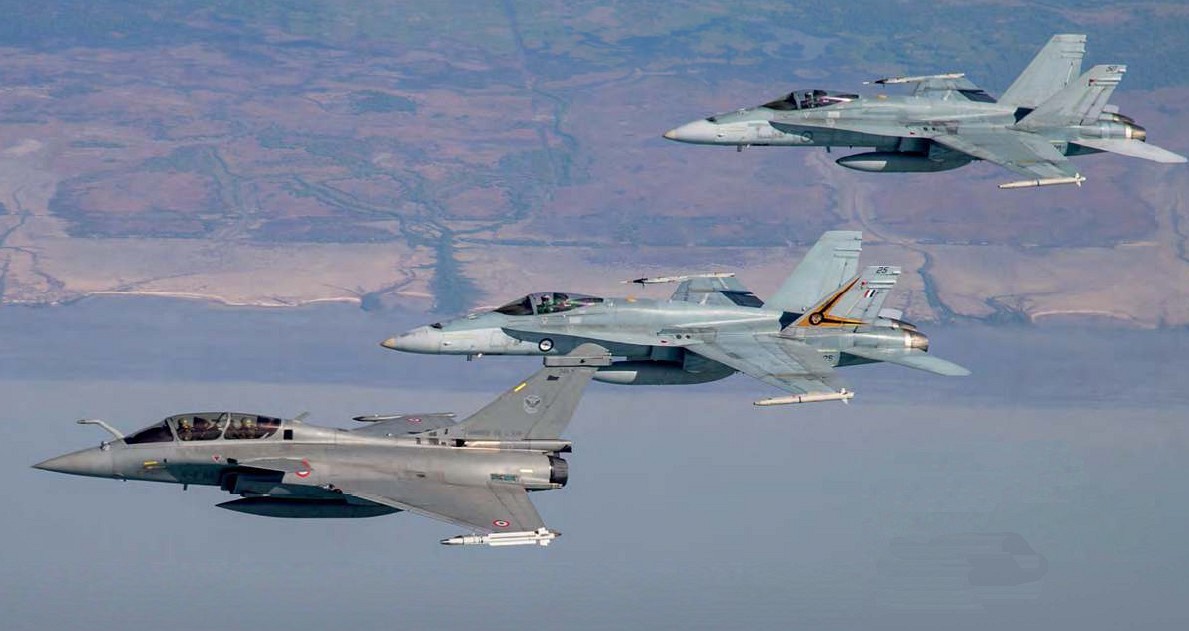 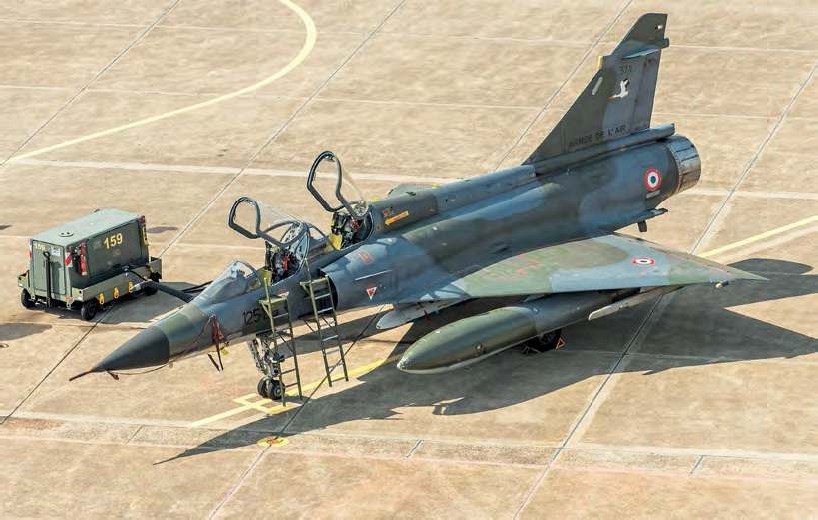 Three Mirage 2000Ns will continue to fly with the DGA-EV at BA125 Istres. Jan Kraak

After 30 years of service the last three Mirage 2000Ns (serial numbers 335/125-CI, 348/125-AL, 357/125-CO) assigned to Escadron de Chasse (EC) 2/4 ‘La Fayette’ arrived at the Elément Air Rattaché 279 Châteaudun for storage on August 30. The previous day, EC 2/4 was deactivated at BA125 Istres and reactivated as a Rafale unit at BA113 Saint-Dizier. Since the end of August, the French nuclear deterrent force, the Forces Aériennes Stratégiques (FAS), has operated its Rafale fleet (comprising EC 1/4 and EC 2/4) from the base in the north-east of France. Besides the modernization of its fighter fleet, the FAS is also preparing for the arrival of its first A330 MRTT. The tanker fleet will remain based at Istres.

The first pair of French PC-21 arrived at BA709 Cognac on September 10, within two years of signing the contract with Pilatus on December 30, 2016. The aircraft will be operated by Babcock Mission Critical Services France (BMCSF) and are set to replace the TB-30 Epsilon in the very near future. On August 29 the French government published a document stating that the PC-21 aircraft will be considered French military aircraft for the duration of the contract (currently set for a period of 11 years) during which they will be piloted by French military pilots and will carry out missions that benefit the state. The Pilatus turboprops will not enter operational service right away. Instead the Direction Générale de l’Armement (DGA or Directorate General of Armement) will carry out extensive tests in the upcoming weeks to make sure that the aircraft are up to specification and that the different systems are working as they were advertised. The official service entry date will probably fall on a day in October. The public notice in the official Journal of the French Republic also provided some additional details, such as the civilian registration for the 17-aircraft fleet. The table below gives an overview of the serial number, civilian registration and construction number for the French PC-21s.