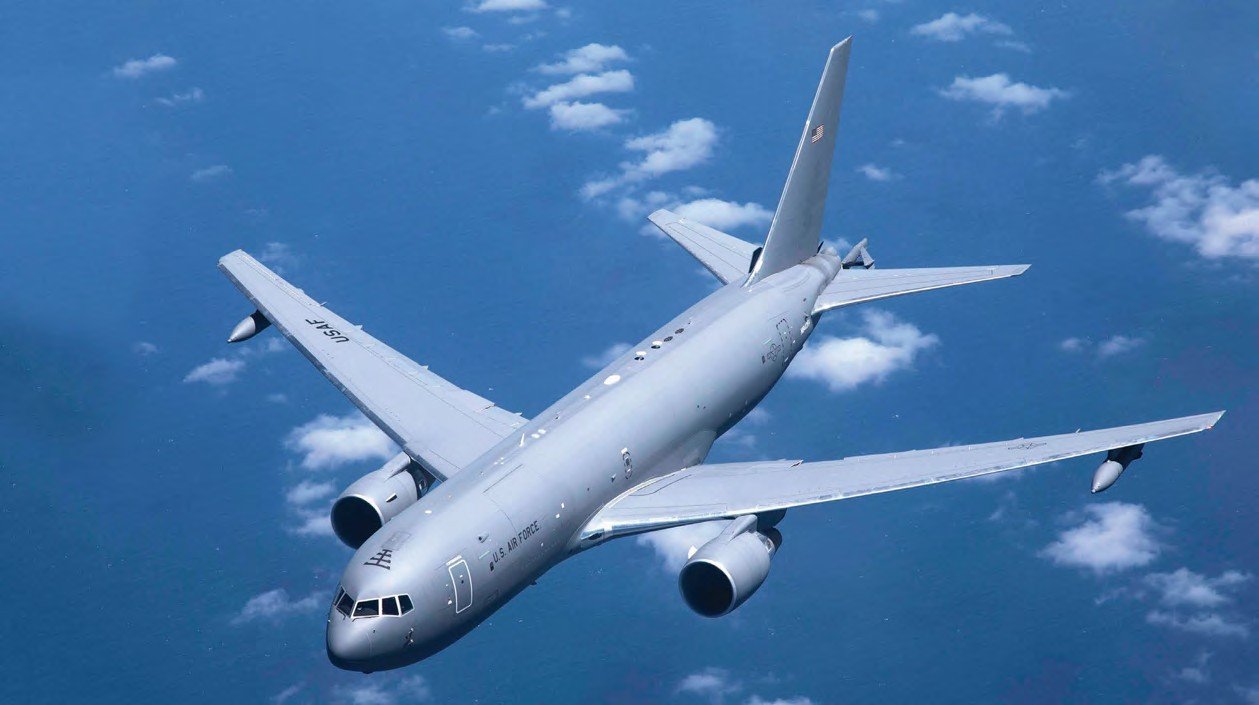 KC-46A serial 15-46005 approaches a USAF KC-135R during testing over the Pacific Ocean near Santa Catalina Island, California, on May 31. Boeing/Paul Weatherman

THE US AIR Force and Boeing have agreed on a delivery date for the service to accept the first of its planned fleet of 179 KC-46A aerial refueling aircraft. Under the agreement, the USAF will accept the first Pegasus in October 2018 with 17 additional aircraft following by April 2019 at a rate of around three per month. The initial example will be delivered to the 22nd Air Refueling Wing at McConnell AFB, Kansas, which will eventually be home to 36 of the tankers.