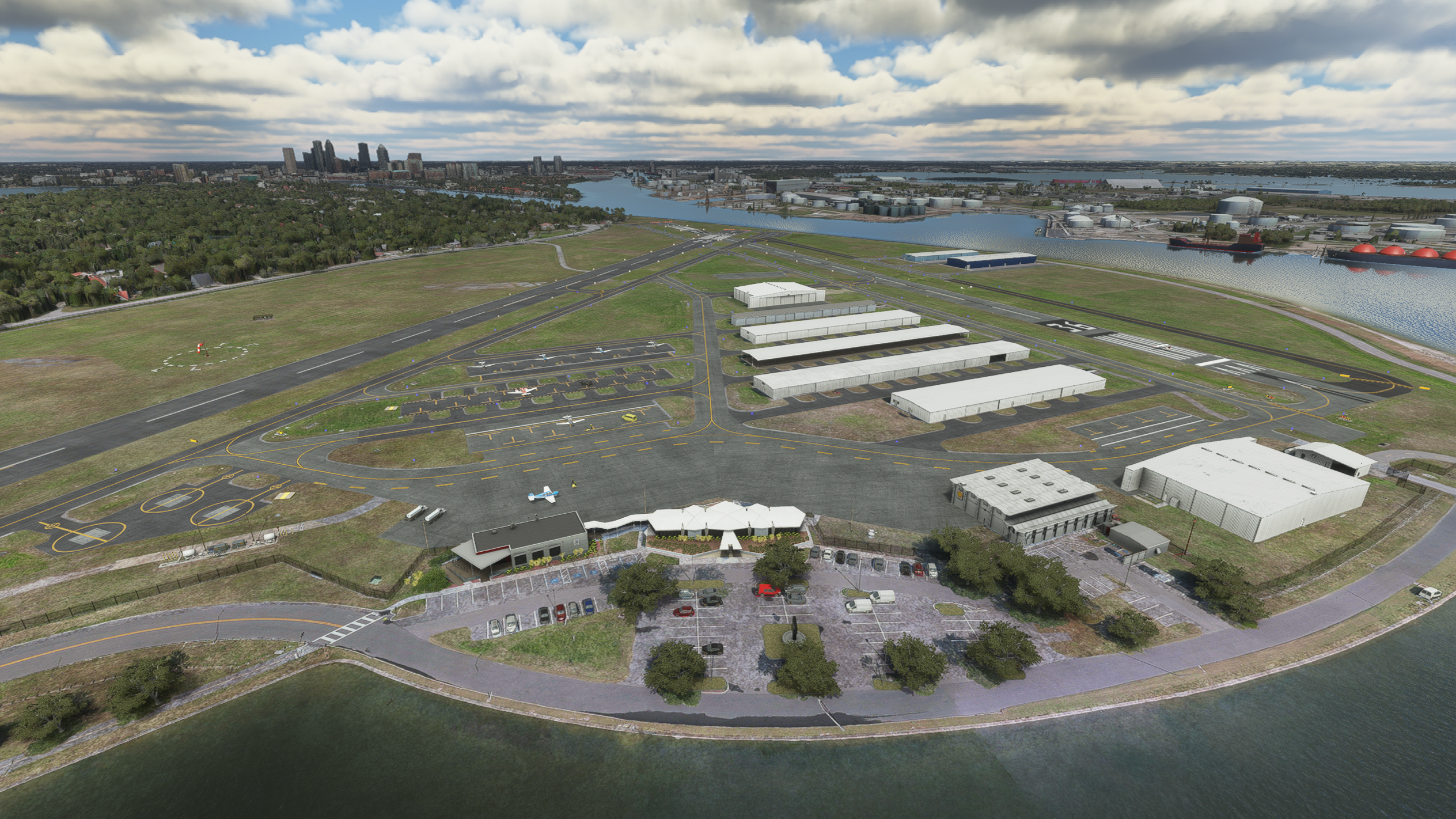 The airport is on Davis Islands, close to downtown Tampa in Florida. Built as a Works Progress Administration project and was named after lawyer and businessman Peter O. Knight, the namesake of Holland & Knight. It was Tampa’s main airport from 1935 to 1945 and is still used by general aviation operators today because of its proximity to the city centre.

The package from Verticalsim is based on 2020 airport layout with accurate data such as PAPI approach lights and AI taxi paths, etc. All the buildings and ground textures are modelled with PBR (Physically Based Rendering) effects along with ground clutter and custom vegetation.

The surrounding area is also modelled, including the yacht club, along with corrected ortho imagery and terrain mesh.