While investigations continue into the crash, the NTSB has released a series of images showing the downed aircraft

Images of the wreckage of the Boeing 737-200C which ditched in the ocean off the coast of Hawaii on July 2 have been released by the US National Transportation Safety Board (NTSB).

The downed aircraft, N810TA (c/n 21116), can be seen in the photos in at least two large sections with the front fuselage including the cockpit ahead of the wings in one piece while the rear of the aircraft as well as the wings look to have formed another section.

The jet was operating as Transair Flight 810 – which linked the Hawaiian capital with Kahului International Airport – when it reported engine problems shortly after take-off from Honolulu. The narrowbody was unable to maintain altitude as a result. 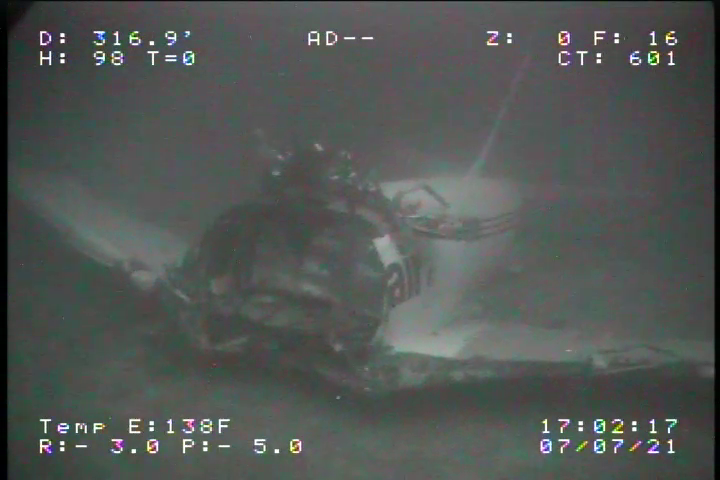 Both members of the two-person flight crew were injured and were rescued by the US Coast Guard and Honolulu Fire Department.

Notably, one of the jet’s two Pratt & Whitney JT8D-9A powerplants is also pictured in the debris field separated from the aircraft. 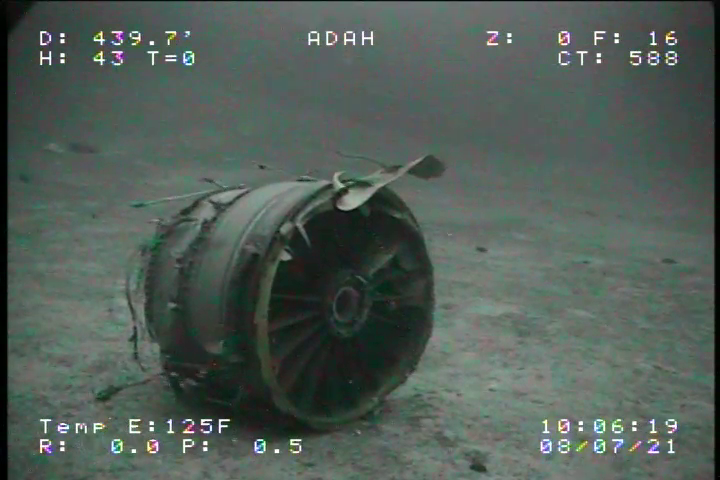 The NTSB dispatched a team of ten investigators to the Pacific archipelago to examine the wreckage and interview key players. On July 3, the agency met with representatives from the FAA, Boeing, Pratt & Whitney, the National Air Traffic Controllers Association and Rhoades Aviation (the aircraft owner/operator).

Want to read more about this? Key.Aero has compiled what is known so far about this incident in a report here: https://www.key.aero/article/what-do-we-know-so-far-about-hawaii-737-ditching