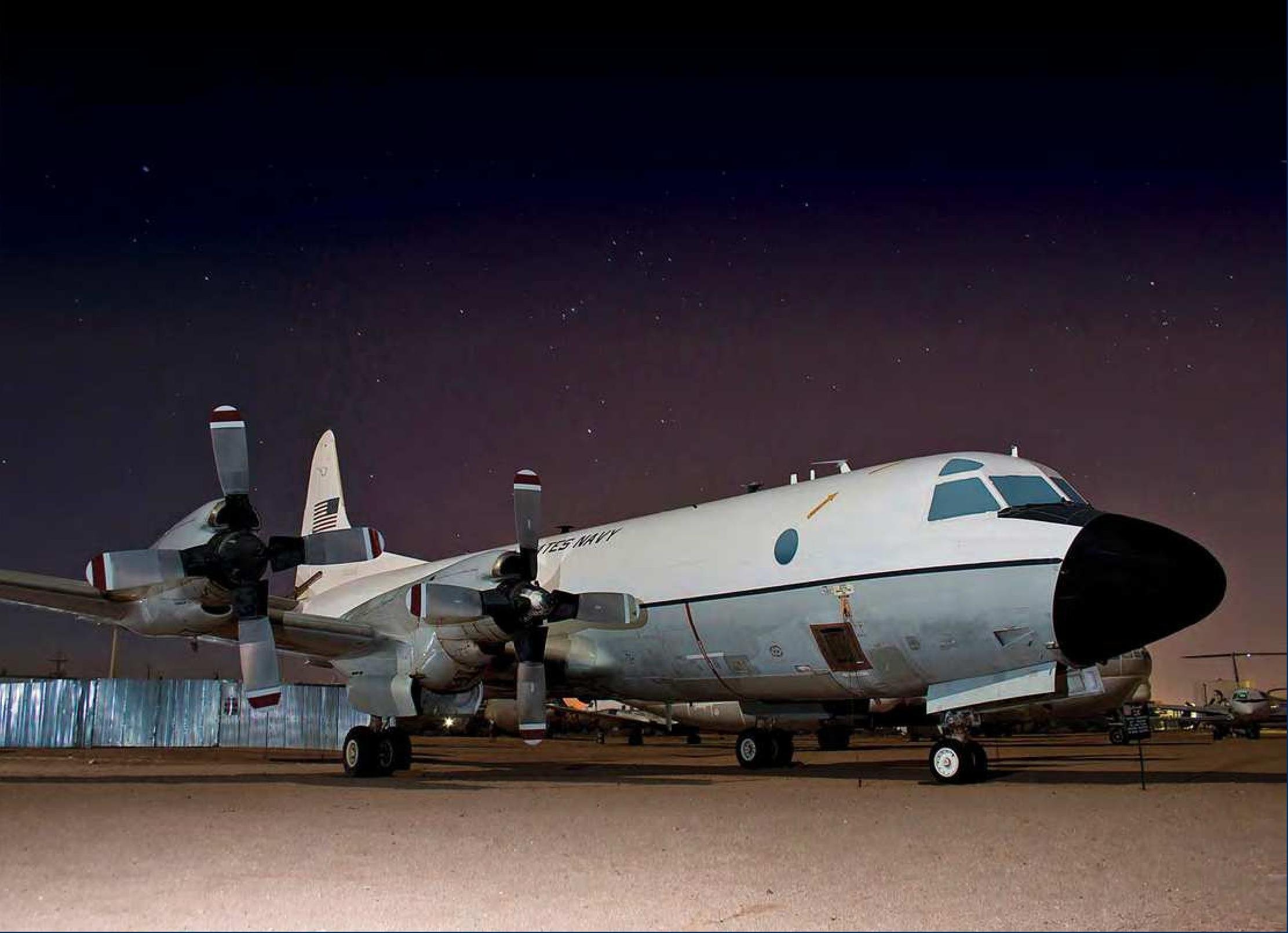 Pima’s VP-3A Orion 150511 ‘Catbird’ under the Arizona night sky with its namesake constellation visible. The aircraft retains the markings it wore while operating with NAS Sigonella’s Executive Transport Detachment
All images Joe Copalman unless stated

Just south of Davis-Monthan Air Force Base (AFB) in Tucson, Arizona, the Pima Air and Space Museum boasts an incredible collection of more than 400 aircraft from all over the world. While rarities such as the exotic North American F-107A Ultra Sabre, the formidable Lockheed AP-2H TRIM gunship and monstrous Convair B-36J Peacemaker readily draw in aviation enthusiasts, the museum’s VIP types provide the lay visitor with more readily identifiable aeroplanes.

Within the museum’s mammoth 80-acre display area, there are no fewer than eight VIP types, six of which transported the President of the United States (POTUS) or in some way have a connection to the US head of state. They are the most widely recognised in Pima’s ever-growing collection, as director of collections and aircraft restoration James Stemm told Aviation News: “These aircraft are really popular with visitors. Unless they have a personal connection to a particular aeroplane, it is stuff they see on TV or the internet that tends to get attention rather than really obscure orlesser-known types. It's the connections where they say something like ‘Oh, that’s Air Force One’ or ‘John F Kennedy flew on that’ that folks relate to.”