Pioneers across the Pond 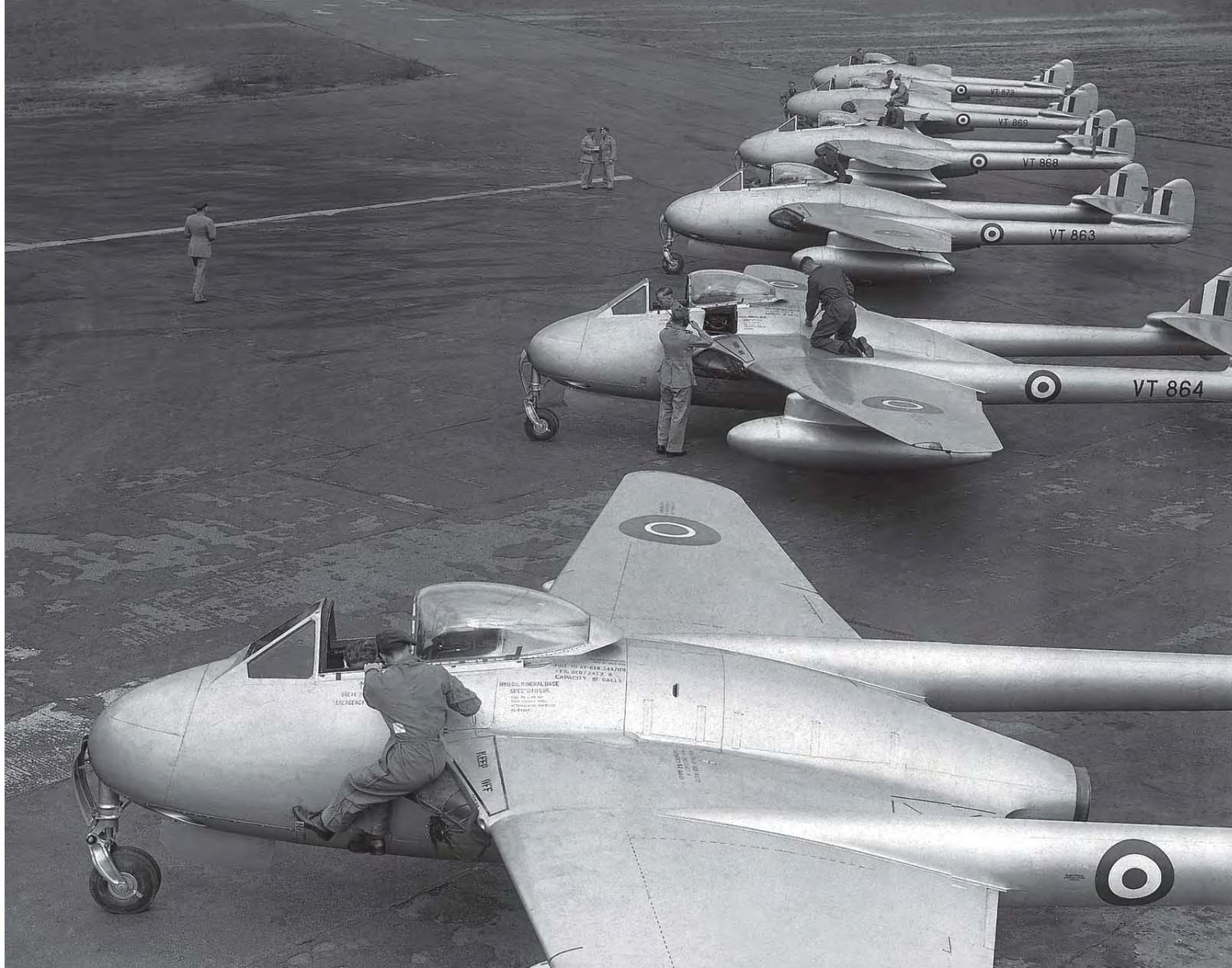 No 54 Squadron’s new Vampire F3s lined up at RAF Odiham, Hampshire, prior to the trans- Atlantic flight. AEROPLANE

The place of No 54 Squadron among the pioneers of the early jet age is assured. In 1947 it had formed the RAF’s first jet aerobatic team, a three-ship of de Havilland Vampire Is led by the unit’s commanding officer, Sqn Ldr Mike Lyne. Flying with him were Flt Lt Colin Colquhoun and WO Bill Wood, their first public display taking place at Blackpool’s Squires Gate airport on 2 July. Its precision and grace set the marker for much that has followed. During a short season of six shows an extra aircraft, flown by a No 247 Squadron pilot, was added to provide a solo aerobatic element between the formation manoeuvres, while at a Southend event a fourth member, Flt Lt John Stacey, joined the main formation. At its end Lyne was presented with a bar to his Air Force Cross. For No 54 Squadron, further notable achievements would follow.