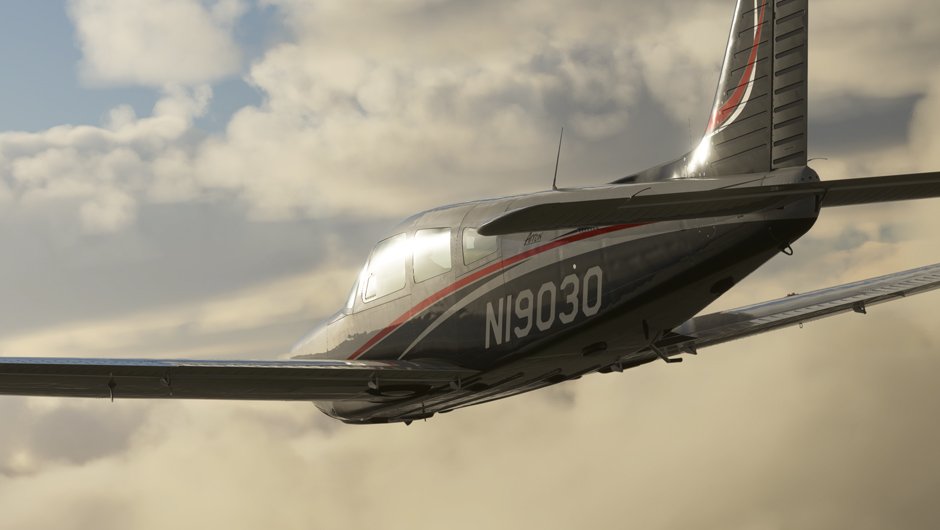 The aircraft comes with five detailed liveries, PBR (Physically Based Rendering) materials throughout and high-definition textures. A HQ digital stereo sound set recorded from the real aircraft is also included along with wind sound effects when operating the doors and windows.

The cockpit is fitted with a full suite of avionics, including two default GNS430 GPS systems and a custom S-TEC 55 autopilot. A tablet for controlling various functions such as ground equipment, operating the doors and a cold and dark or ready to taxi is also included.

Documentation consists of emergency and normal procedures, performance tables and a reference PDF. According to the developer, aircraft sports realistic flight dynamics and has been tested by several pilots for maximum accuracy.

The PA28R Arrow III is available only at the Microsoft Flight Simulator in-game marketplace for £20.99.