AFM continues its Force Report on the People’s Liberation Army Air Force (PLAAF), with Andreas Rupprecht assessing its latest structure and providing an up-to-date order of battle for its frontline units.

Missile-carrying H-6K serial 11098 from the 8th Bomber Division of Southern Theatre Command seen during Airshow China at Zhuhai. These aircraft can project power over the South China Sea, supported by tankers and ‘Flanker’ escort fighters. 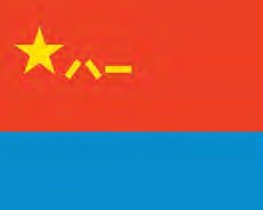 The official air force flag of the People’s Republic of China.
All photos via Chinese internet

Besides territorial defence, the top priority of the People’s Liberation Army’s (PLA’s) modernisation is the still-open issue of Taiwan. This is clearly indicated by the official order of protocol for the new Theatre Commands, which lists the responsible Eastern Theatre Command first; and is repeatedly mentioned in official publications, including the recently published Chinese Military Strategy.