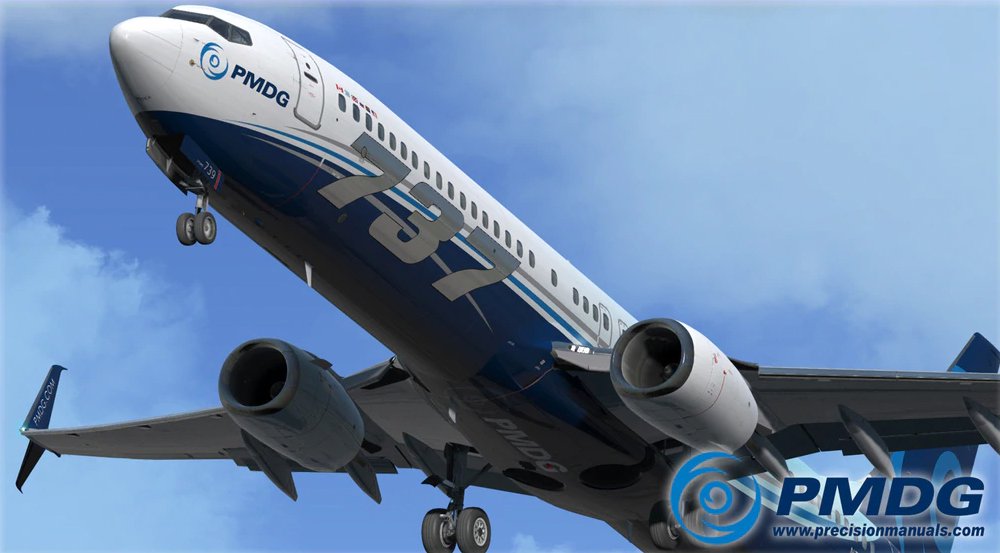 PMDG has released the 737NGXu Base Package for Lockheed Martin Prepar3D v4.4 and above.

Rebuilt to capitalise on Prepar3D v4.4, the 737NGXu is a reboot of the previous 737NGX, but with improved systems, new features and enhanced flight physics.

The base package includes 737-800, 737-900 and 737-900ER models with standard wing, blended winglet and split scimitar options where offered on the actual airframe. Other highlights include an entirely new virtual cockpit with high-resolution textures and PBR support. Dynamic lighting is included throughout while the exterior models include 4K textures and PBR effects with the Boeing Sky Interior cabin and new LED external lightings. Ground service vehicles are included such as a TPX200s pushback tug with user-controlled steering and speed.

Preparing for Microsoft Flight Simulator
Robert Randazzo announced earlier that developing products for multiple platforms has caused a slowdown in productivity, reducing the number of new titles that the company can bring to market. Their goal for the next five years is to simplify the development process, improve time-to-market for new products and free up resources to continue innovating interesting new ideas and technologies.

PMDG is focusing its entire development process on including the new Microsoft Flight Simulator. The company is planning to bring the 737, 747, 777 and DC-6 into the upcoming simulator. More details will be released in the near future.

End of Development for all 32bit platforms
Development for FSX, FSX: Steam Edition and Prepar3D version 3 has ceased effective immediately. PMDG is evaluating the End-of-Life process for all these titles. Sales of 32-bit versions are estimated to be within the next six months. Technical support for existing customers will continue well after these products are removed from sale, and anyone who has purchased them will still have full access to them within their PMDG purchase history over on the PMDG website.

End of Development for X-Plane
As part of their strategic objective to simplify development agenda, PMDG is focusing its resources to the Prepar3D v4 product lines and the upcoming Microsoft Flight Simulator. Consequently, PMDG is not planning to develop products for X-Plane for the next five years.

PMDG 737NG3 Product Realignment
The PMDG 737NG3 product line is being realigned to support the new Microsoft Flight Simulator platform. It will be released as an MSFS-only product to enable the company to capitalise on bringing the very best that the new simulation platform has to offer without having to saddle the development team with external compatibility concerns. The PMDG 737NG3 will include the entire 737NG and MAX family in a mix of base and expansion packages similar to its existing inventory.