Robert Randazzo, CEO of PMDG has revealed a roadmap of products due to be released for Microsoft Flight Simulator along with the approximate timelines. He also announced the launch of the official PMDG YouTube channel. 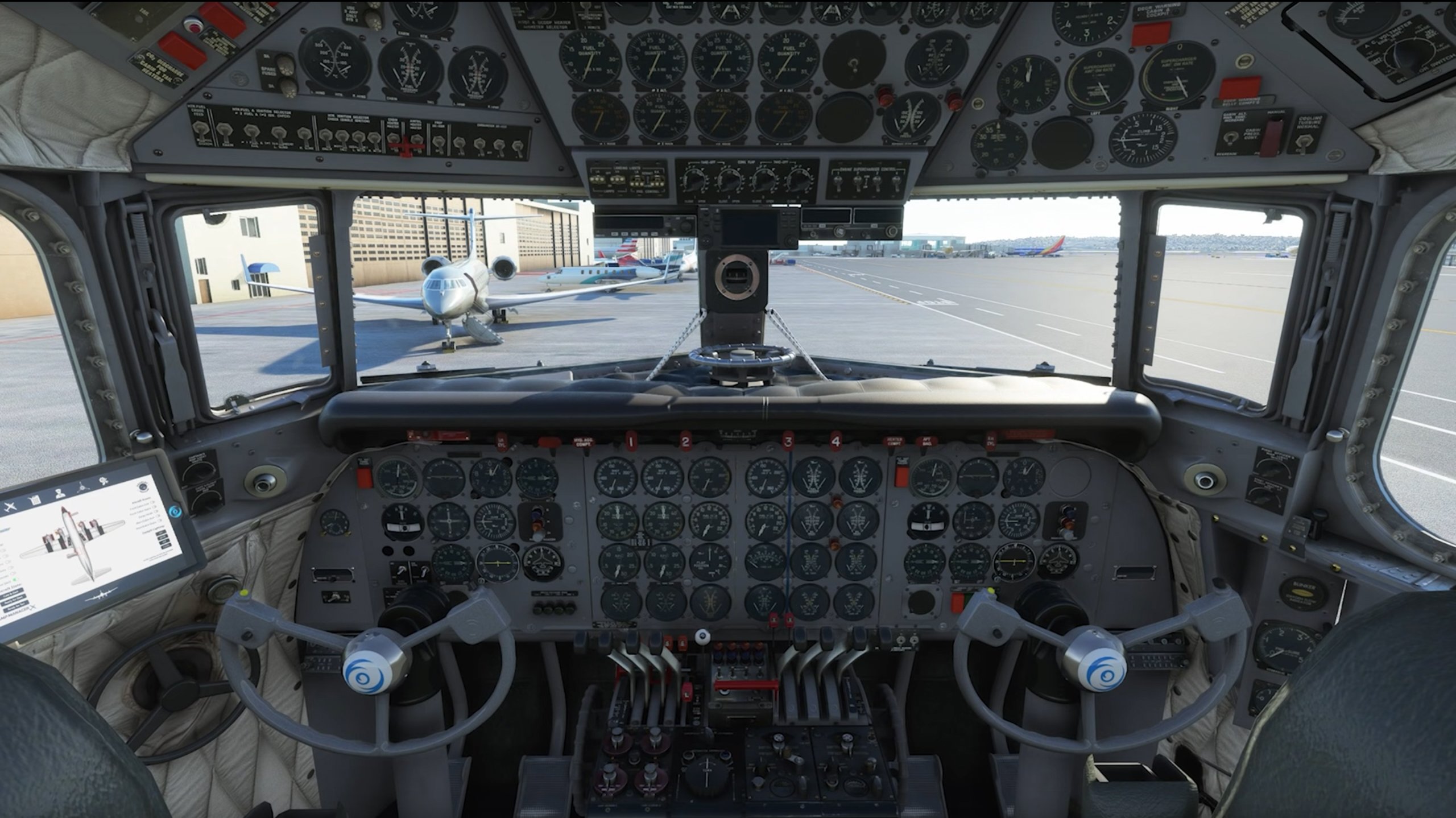 Randazzo said: "We do not view Microsoft Flight Simulator (MSFS) as a port-over process. About 14 months ago, PMDG determined that a full, new development process would be called for in order to take full advantage of everything that the new sim platform has to offer. It has been a painstaking process to throw out more than two decades of experience and workflow to build new products for Microsoft Flight Simulator, but now PMDG has a few products working in MSFS and I am certain that taking the longer pathway was the best decision we could have made."

PMDG plans to bring the entire 737, 747, 777 and DC-6 lines into MSFS and this task is currently their highest priority.

Randazzo explained: "Originally we felt that 737 would be our first product to hit the release cycle, but this proven not to be the case. There were a significant number of technical hurdles that needed to be cleared before we could push any of the glass flight deck airliners into MSFS. While this has been a painful process we believe that we are clear of the worst hurdles and what remains now is mostly just the work of development required to finish our products properly."

"It became evident that the DC-6 had reached a point where it was ready for testing well ahead of the 737 that was supposed to beat it to release. With that realisation, we pushed the DC-6 to our testing team a few months ago and they have been putting hours and cycles on the simulation to great effect."

"We are all in with this new platform. We have reached the point where we are certain that we can get all of our product lines effectively into the simulator, and that process has begun in earnest. Currently, we are working on the DC-6 and the 737 product lines, and Vin is building out the new flight deck for the 777." 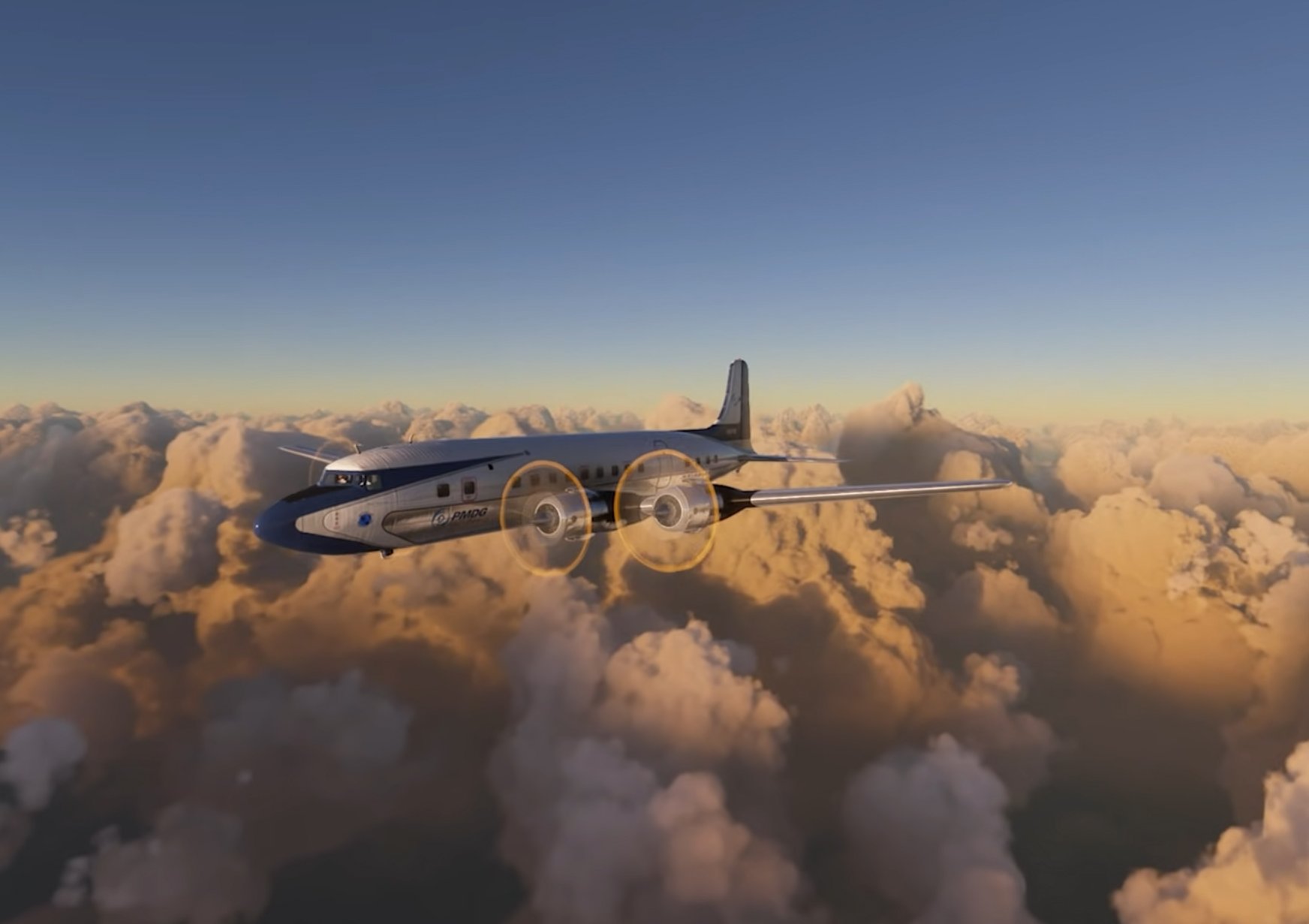 Randazzo continued: "For years, many of us in the development community have lamented the fact that we are developing cutting edge simulations of incredibly sophisticated aeroplanes, only to have them look like 1990s animations when they appear on the screen. That is no longer a reality for products that appear in Microsoft Flight Simulator. For better or worse, we finally have a simulation platform with a dynamic, living world, an incredible lighting model, magnificent atmospherics and a broad range of capabilities that will allow us to simulate our favourite airlines to a degree never before possible."

On the Prepar3D (P3D) development, Randazzo said: "PMDG still has an active development agenda in P3D and developers working within the platform daily. There are updates pending for the 737, 777, 747 and DC-6 product lines and new products still on the development agenda. In no place and at no time have I hinted that these are off the table simply because we are also now developing for MSFS. Perhaps. But what Prepar3D has going for it that neither FS9 or FSX had is enterprise licensing to commercial ventures."

Introduction and Welcome to the PMDG Channel

The first half of the Basic Tutorial Series for the PMDG Douglas DC-6 has been uploaded, demonstrating how more advanced the simulation is within the MSFS environment.

Randazzo concluded: "I still have another half dozen pending for the basic tutorial series, and then I'm going run an advanced series of tutorials for those who really want to learn the in-depth aspects of operating a radial engine airliner with precision. This will be followed by a preview of the new LNAV model in operation within the 747, as well as some preview vidoes of the 737 in MSFS... I'll shift focus to those once we have the DC-6 out the door over the next couple of weeks."