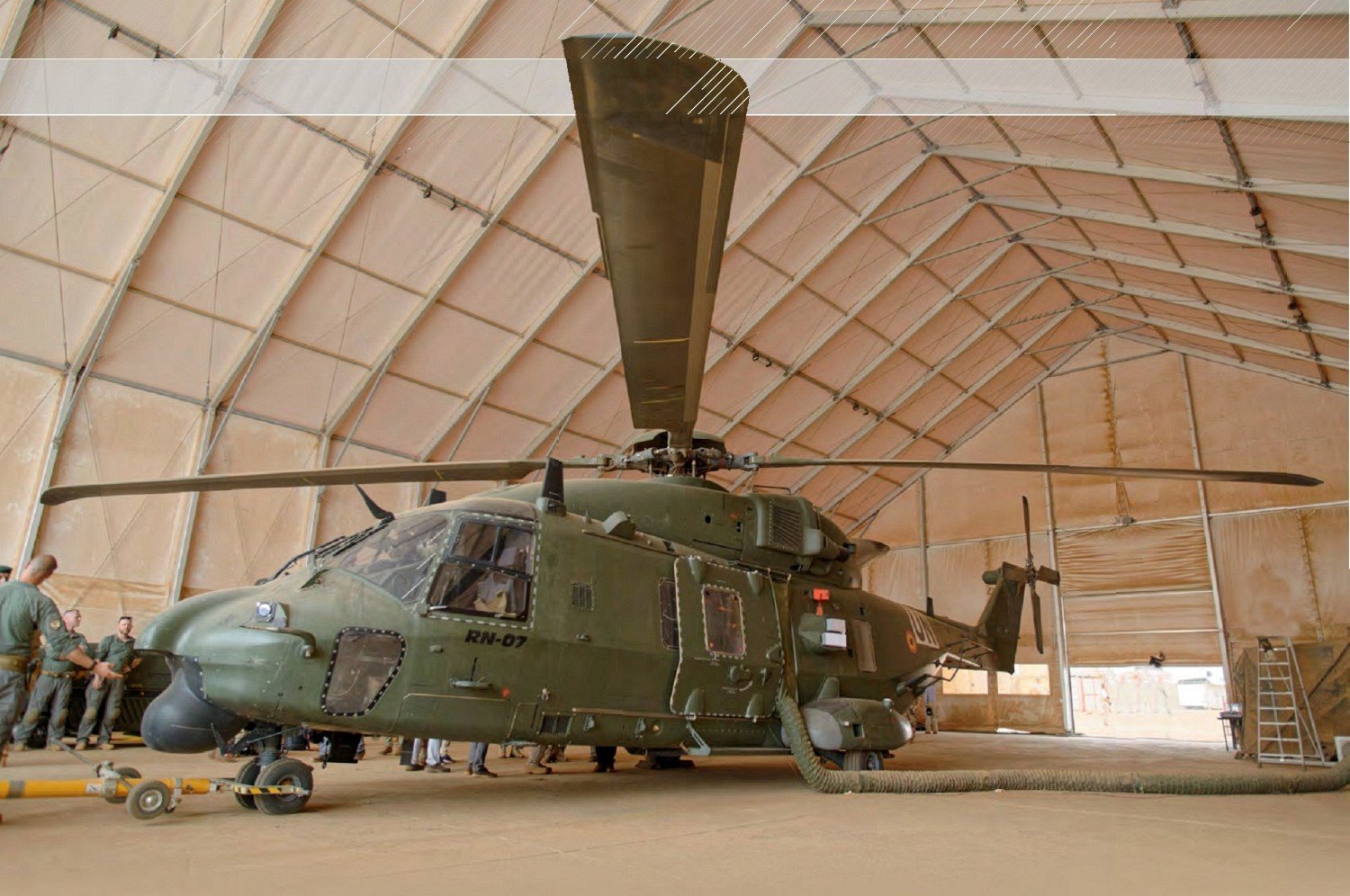 Weather-beaten NH90 TTH RN-07 in the hangar at Gao. Local climatic conditions – dominated by heat and humidity – and the abrasive effect of sand on the engines, rotor head and blades made the deployment challenging for the Belgian crews and technicians. 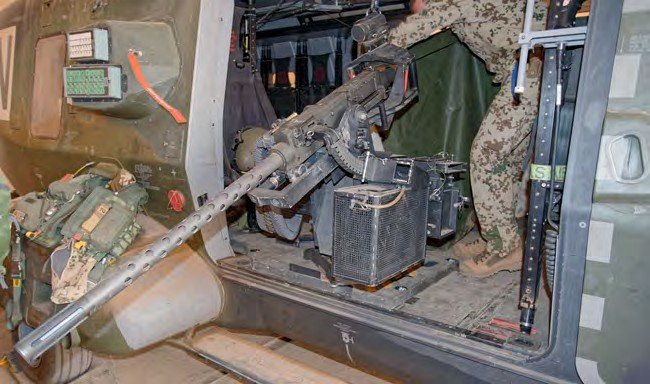 A 12.7mm M3M heavy machine gun mounted on a German Army NH90 TTH. Note also the chaff and flare launcher immediately behind the cabin door. The Belgian NH90 deployment was integrated with the German NH90 and Tiger contingent, which first arrived in Gao in February 2017, replacing Dutch Apaches and Chinooks. The German helicopters also completed their mission on June 30.

For four months the Belgian Air Component supported the United Nations Multidimensional Integrated Stabilization Mission in Mali (MINUSMA) with two NH90 Tactical Transport Helicopters (TTH) – serials RN-06 and RN-07 – within a mixed Belgian- German detachment at Gao in the north of the country (see Caimans in Mali, May 2018, p24-25).