Pride of the Scots

Loganair has gone from being a relatively obscure Scottish outfit to the UK’s biggest regional airline. CEO Jonathan Hinkles tells Tara Craig how 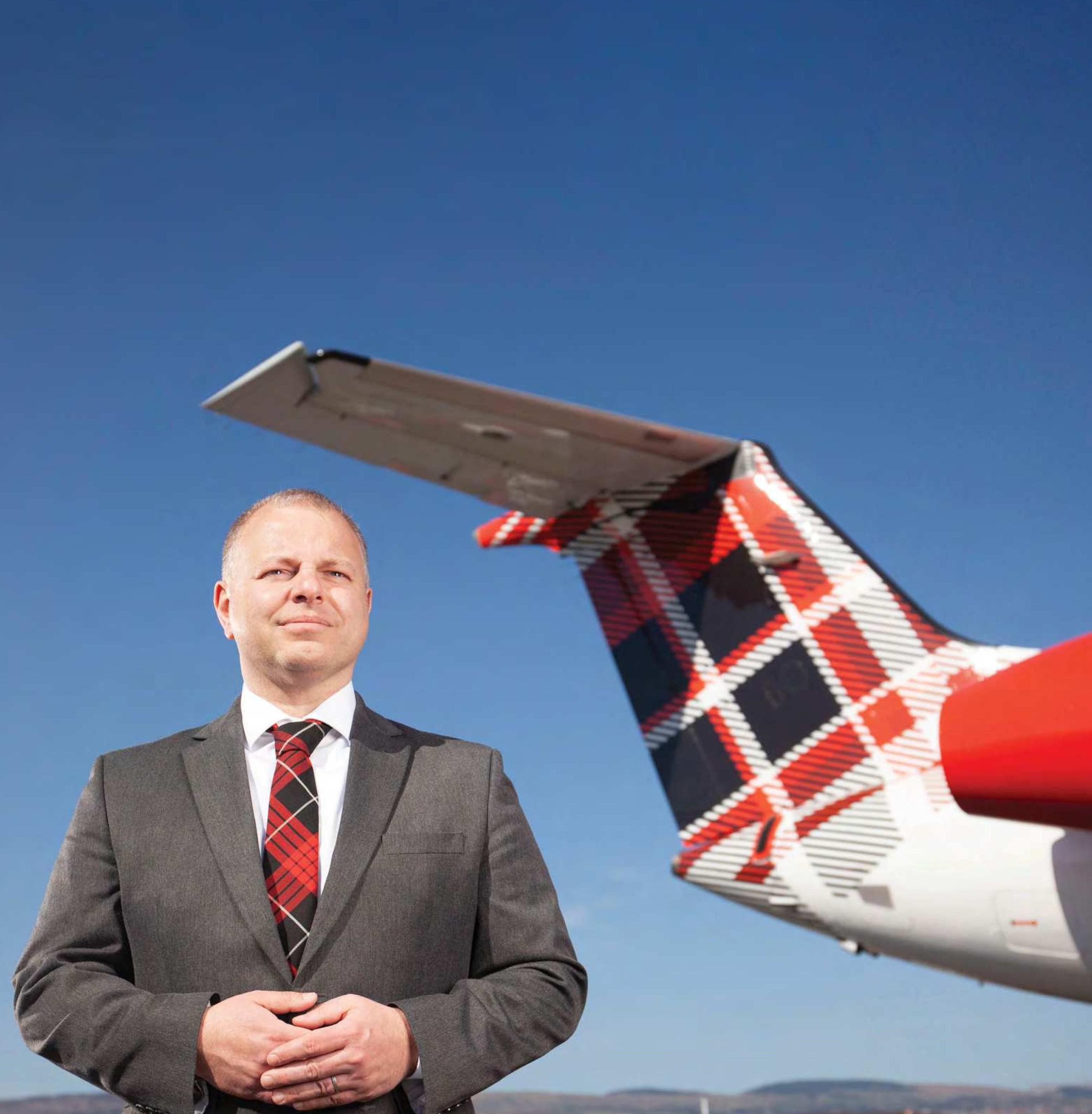 Loganair's chief executive officer, Jonathan Hinkles, described the breadth of what the airline provides as “quite humbling”
All images courtesy of Loganair, unless stated otherwise

A Loganair Saab 340 preparing to leave the Shetland Islands’ Sumburgh Airport for Aberdeen, on an Air Ambulance mission

Speaking from Loganair HQ, a five-minute walk from the terminal at Glasgow Airport, Jonathan Hinkles presents a relaxed front.It’s not until the end of our interview that he mentions needing to urgently review a statement on the air traffic control strike action about to hit several key airports.

This calmness and a clear enjoyment of his work have stood Hinkles – and the airline – in good stead in the rocky months since COVID-19 arrived in the UK in March 2020. Despite a sudden fall in passenger numbers, Loganair, he explains, continued to fly right the way through the pandemic – one of the few airlines to do so. Indeed, at one point, it was among the busiest in Europe.