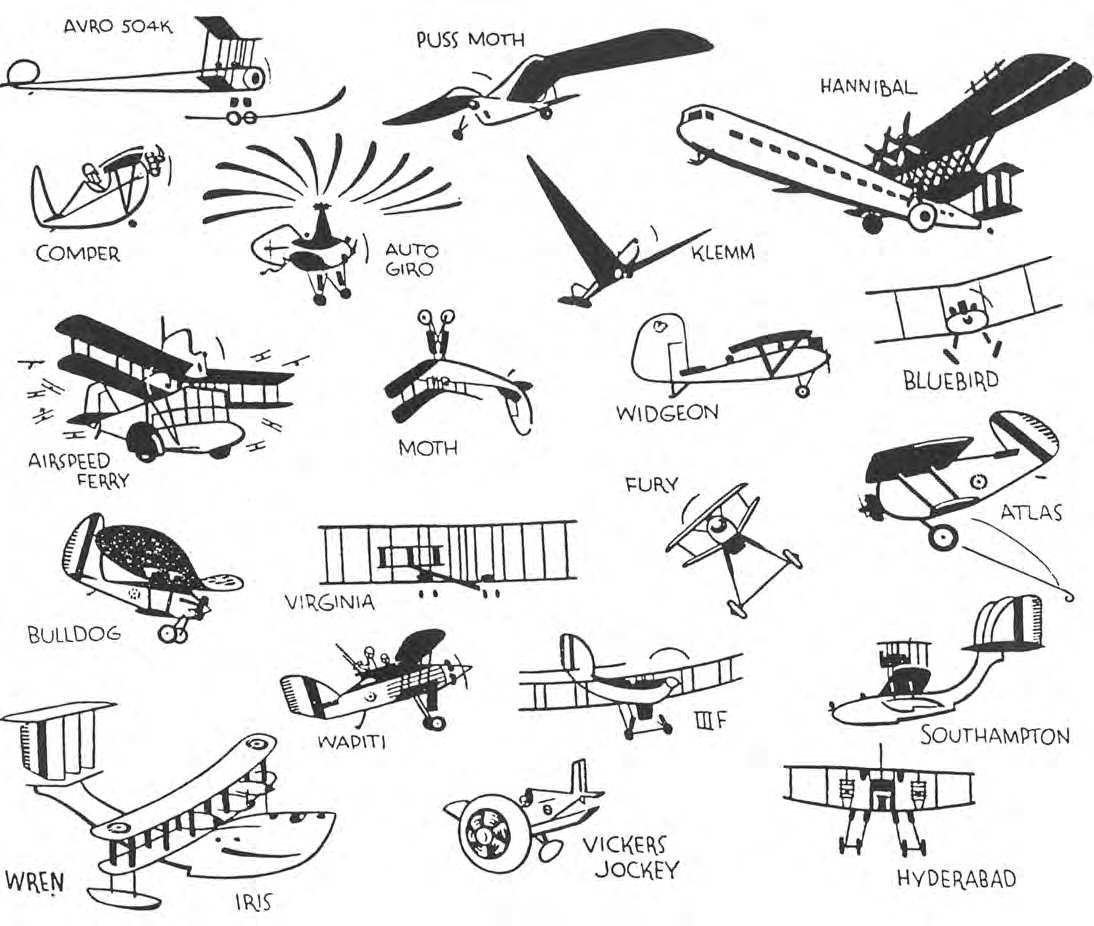 E. A. ‘Chris’ Wren’s first contribution to The Aeroplane was this set of cartoons, ‘Identification made easy —a caricaturist’s memories of the prominent characteristics of some popular aeroplanes’, published in the 22 June 1933 edition.

Grey was well connected in the aircraft business. As editor of Th e Aeroplane he got to know all of the pioneers. One particularly strong friendship was that with Frederick Handley Page, who himself was at that time extremely influential.

There is little doubt that one of Grey’s most important impacts on British military aviation came very early on in his career during the Great War. The Royal Navy had long had its own shipyards, but in the 1800s it began to switch to using commercial companies to produce its ships while its own yards concentrated on repairs. It took the same course with regard to aircraft, and accepted designs from commercial firms for testing to conform to the needs of the Royal Naval Air Service.