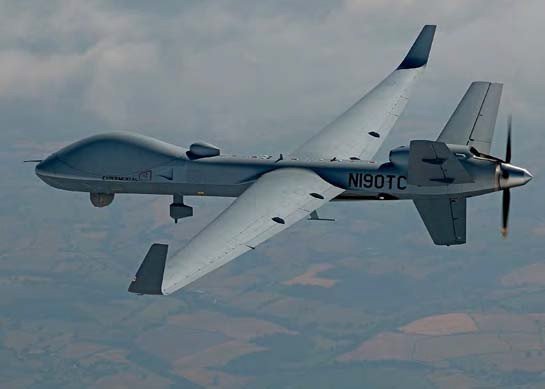 Contracts have been signed with several UK companies to integrate weapons on the Protector, which will be based on the MQ-9B SkyGuardian pictured here.
General Atomics Aeronautical Systems Inc

General Atomics Aeronautical Systems Inc (GA-ASI) has recently announced it has signed contracts with several companies related to the Protector RG1 it will deliver to the Royal Air Force. GA-ASI has signed a contract with Raytheon UK to integrate the Paveway IV precision-guided munition on to the Protector, a contract with MBDA to integrate the Brimstone missile and a memorandum of agreement with BAE Systems to collaborate on the development of concept of operations to facilitate Protector operations in UK national airspace. Brimstone missiles are already in operation on the MQ-9s operated by the Royal Air Force, which the Protector is due to replace from 2023. The Protector is based on GA-ASI’s brand-new, typecertifiable MQ-9B SkyGuardian, which the company describes as its most advanced remotely piloted air system to date.