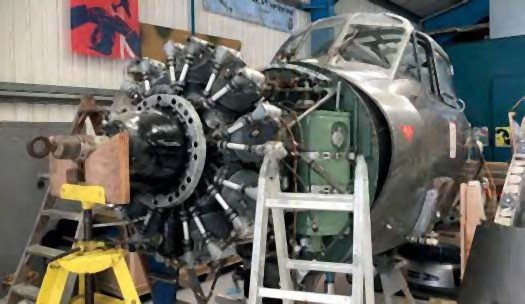 Restoration of Percival Provost T1 XF597/G-BKFW is now under way with Vintage Fabrics at Audley End, Essex, for the recently formed Provost Preservation organisation. The ex-RAF trainer last flew back in 2007, and was roaded to Audley End from its former home at Brimpton airfield, Berkshire, during July.

Provost Preservation owner James Atkinson says, “XF597 was purchased from Alan House during the summer. I hope the aircraft will be gracing the skies again next year. I also have XF836, which hasn’t flown since 1987. Alan House operated both of these aircraft. Once XF597 is finished the plan is to start work on ‘836 and get them displaying as a pair, based at Audley End.”