As the electronic warfare and air defence capabilities of potential near-peer adversaries evolve and expand, the US Marine Corps is upgrading its EW systems and doctrine to meet the threats, as Joe Copalman investigates. 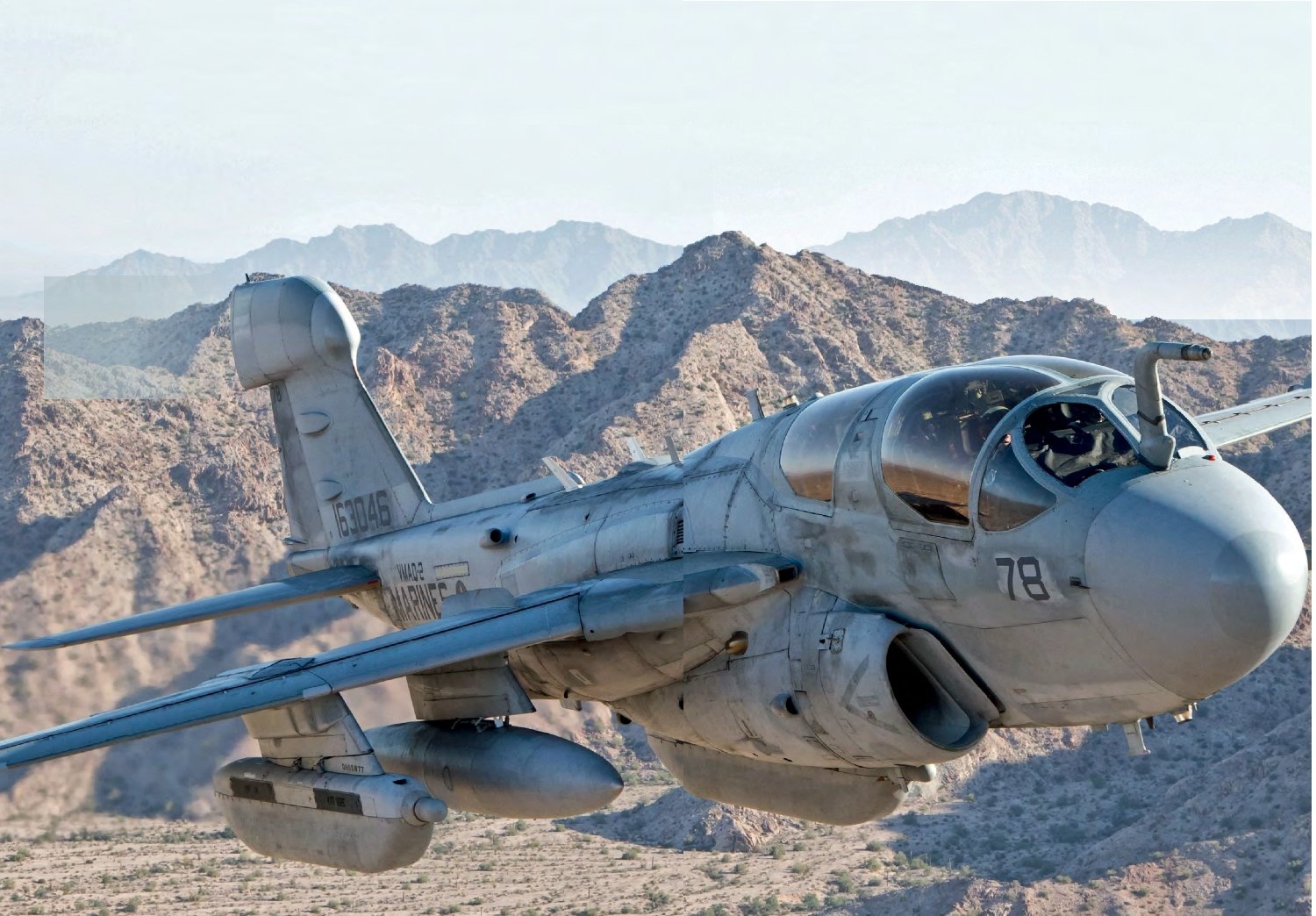 EA-6B 163046 ‘78’ ‘on the prowl’ at low altitude over the Arizona desert. After 40 years of Marine Corps service, the EA-6B is being retired in favour of MAGTF EW, a network of EW systems across several aircraft platforms.
All photos Joe Copalman unless stated

For the US Marine Corps (USMC),which often operates independently through its Marine Air-Ground Task Forces (MAGTFs), transition in the electronic warfare (EW) domain has taken the form of a new construct known as MAGTF EW.