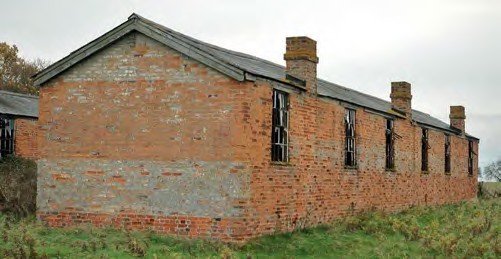 One of the original WW1 accommodation blocks at Stow Maries, which will be renovated with National Lottery funds.
STOW MARIES GREAT WAR AERODROME

Stow Maries Great War Aerodrome near Maldon, Essex, was awarded a £4.3-million grant from the National Lottery on 12 September. The money will be used to restore and bring back into use five World War One buildings, four of which are on the heritage at risk register: an officers’ accommodation block will house a major new permanent exhibition, exploring what life was like as a Royal Flying Corps officer, and two more accommodation buildings will host temporary exhibitions. An upgrade will be undertaken on the historic toilet block and infrastructure works, including paths, power supplies and drainage, and a purpose-built welcome centre with visitor orientation facilities, café and shop will be created. The funds will also be used to train volunteers, apprentices and interns and create two full-time posts, and enable a community archaeology project, wildlife trail and oral history project to be developed.

Heritage Lottery Fund chief executive Ros Kerslake said: “The fact that the aerodrome was largely forgotten for so many decades only adds to its mystique and appeal, but also means that surviving structures are in such wellpreserved, original condition. This support from the National Lottery will help Stow Maries become the major visitor attraction it deserves to be.”

The aerodrome was established by the RFC in 1916 and played a pivotal role in defending London and the British mainland from German Zeppelins and Gotha bombers. Following the end of the First World War, the site reverted to agricultural use, leaving behind a unique collection of historic buildings still in their original form.