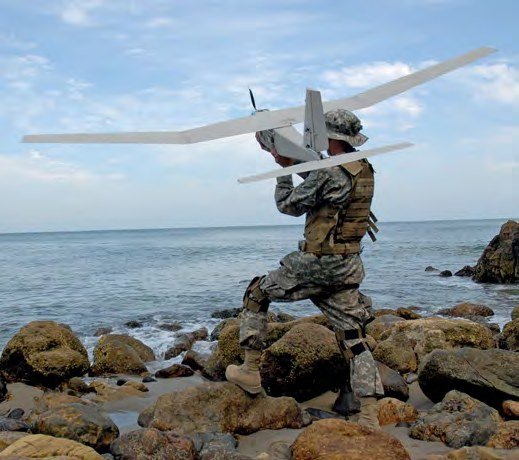 The Royal Canadian Navy is to use the Puma II AE aboard its maritime coastal defence vessels.
AeroVironment

The Royal Canadian Navy is to field the AeroVironment Puma II AE aboard its maritime coastal defence vessels. The systems will feature the Mantis i45 sensor suite and a 360o antenna, which the manufacturer said: “delivers a dramatic leap in small UAS image resolution and ISR capability”.

AeroVironment developed the Puma AE to win a 2008 United States Special Operations Command competitive program of record. Designated RQ-20B, the system has been used by the US Navy, US Marine Corps and US Army. A third-generation iteration was announced by the company late last year.