THE AVIATION Légère de l’Armée de Terre (ALAT) is continuing its modernisation. On May 29, the 5e Régiment d’Hélicoptères de Combat (5e RHC or 5th Helicopter Regiment) based at Pau said goodbye to its last SA330 Puma

The helicopter has been a familiar sight in the skies around Pau for the last four decades. The final two Pumas assigned to 5e RHC will join 3e RHC at Étain, where they will continue to fly until the type’s retirement from the ALAT, which is currently planned for 2025.

Under the current Loi de Programmation Militaire (Military Programming Act) for 2019–2025, the programme would start in 2022 and the first of 154 helicopters would be delivered from 2028 onwards. However, as operational missions and age-related maintenance issues of several types have put a strain on the current helicopter fleets of the three branches of the armed services, Parly announced the programme will now include 169 airframes and will be launched in 2021, with the first deliveries expected to take place as early as 2026. Parly also announced the name of the H160M will be Guépard.

The H160M will be delivered to all three branches of the armed service and will replace a number of helicopters, namely the remaining ALAT Gazelles, Aéronavale Alouette IIIs, Dauphins and Panthers, and Armée de l’Air Fennecs. The Direction Générale de l’Armement (DGA or Directorate General of Armament) is currently defining characteristics for each armed service, since the Guépard will be used by each for different tasks.

On April 26, the Armée de l’Air received its 15th A400M. The aircraft was accepted the previous day by the DGA at the Airbus Military plant in Seville, Spain. The airframe is the first French A400M delivered directly from the manufacturer to a given tactical standard, including the ability to land on unpaved runways and autonomously land on runways in all weathers. 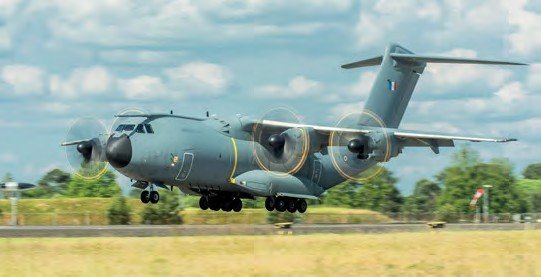 All Armée de l’Air A400s are based at BA123 Orléans-Bricy operated by Escadron de Transport 01.061 ‘Touraine’ which currently has 15 aircraft assigned

Three previously delivered A400Ms have been upgraded to this tactical standard since the beginning of 2019, and the remaining aircraft will follow. According to the DGA, two additional tactical capabilities will be added to the A400M fleet by the end of this year, airdropping of loads up to 16 tonnes and use of the centre line aerial refuelling point, which will mainly be used to refuel other A400Ms and Transall C-160s. The Armée de l’Air should have 25 A400M by 2025.

The DGA announced on May 14 it has ordered additional capability for the tactical simulator (SIMTAC) for the upgraded Atlantic II or ATLII from Thales. The DGA had already ordered a full mission simulator (FMS) in 2018, and has now ordered a part task trainer (PTT), which will allow training of specific tasks or training of only a part of the ATLII’s crew. The PTT will be delivered by 2021, and the entire SIMTAC (built with briefing and debriefing rooms, integrated FMS and PTT) in 2022.

Originally the Aéronavale ordered 12 upgraded airframes from Dassault and Thales, but that number was increased to 18 (from the 22 airframes currently in service) in October 2018, due to an increase in potential threats to the French submarine fleet, and the important role conducted by the ATLII in current operations such as Barkhane. The first upgraded aircraft is planned for delivery this year, with the entire modernisation programme completed by 2025.

The Dark Tiger of EC 3/30 ‘Lorraine’ taxis out for another COMAO during the 2019 NATO Tiger Meet at Mont de Marsan. This aircraft commemorated Operation Smokescreen, an operation conducted on D-Day when the squadron lay down smoke over the beaches in Normandy, trying to hide the Allied troops from Nazi troops.

The Centre d’Expérimentation Aériennes Militaires (CEAM or Military Air Experimentation Centre) based at BA118 Mont de Marsan has been actively developing a training concept dubbed live, virtual and constructive (LVC). What does that mean? Live for real aircraft in the air, virtual for different simulators, those used by Rafale, AWACS, surface-to-air elements and in the very near future the Mirage 2000D, and constructive for computergenerated elements. Aircrew operating simulators participate in a live mission via Link 16 data links, allowing more pilots and crew to train at the same time. Computergenerated elements can, for instance, be simulated missiles.

The LVC concept is advantageous for largescale exercises, because it allows the air boss and range training offcers to assess the procedures followed by aircrew during an air battle without the need to send up a number of red air aircraft to present an adversary threat.

Ultimately, simulators can never completely replace actual sorties, because conditions in the cockpit (such as physical strains or stress) cannot be totally simulated. However, simulators do provide interesting scenarios that pilots cannot always perform during actual training flights.

Captain Romain, a pilot with the CEAM, explained: “In real life, we cannot fly supersonic over the French mainland because supersonic flight is restricted, and we are not allowed to drop our fuel tanks anywhere. However, in the simulator the pilot can do all those things.”

During this year’s NATO Tiger Meet held at Mont de Marsan in May, the CEAM mixed live and constructive elements during missions and conducted testing of the concept with a pilot in the simulator. In a few years, all French simulators, Aéronavale and Armée de l’Air Rafale, AWACS, air-defence and the Navale frigates will be able to conduct joint missions with live and constructive elements using Link 16. 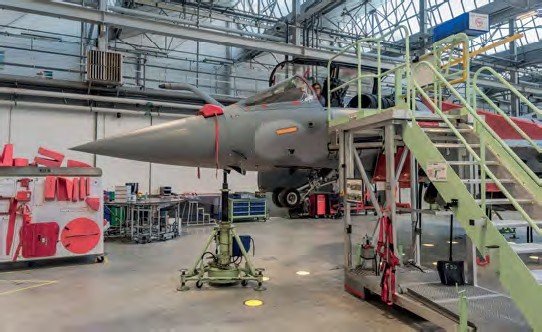 A Qatari Rafale going through a series of hydraulic tests at Dassault’s Bordeaux- Mérignac facility.

On June 5, five Qatari Rafales left BA125 Istres for Al Adiyat Air Base in Qatar, the first to be delivered to the Gulf nation. The aircraft had left Bordeaux a few days prior. Two French tanker aircraft provided aerial refuelling. The first Qatari Rafale was already offcially delivered to Qatar in February during a ceremony at the Dassault plant in Bordeaux-Mérignac, but the aircraft remained at Dassault in order to train Qatari pilots. This is the first time that Dassault has directly trained foreign pilots on the Rafale; Egyptian pilots were all trained by the Armée de l’Air. However, as activities linked to supporting foreign sales of Rafale took up too many Armée de l’Air resources, the air force looked for other options for training Qatari pilots. A first step was to activate temporarily a Qatari squadron at BA118 Mont de Marsan manned by 20 or so French personnel who continued the Qatari pilots’ training after they completed their basic training at BA113 Saint-Dizier.

In a second initiative, Dassault carried out part of the advanced training phase at Bordeaux where the Qatari pilots flew Qatari Rafale; 72 flights took place in April and May. Once the Qatari pilot cadre was experienced enough, they no longer needed the same volume of additional advanced training modules they required during the build-up phase. After concluding training with Dassault at Bordeaux, the five Rafales were flown to Qatar. The temporary squadron at Mont de Marsan is rumoured to be being shut down this summer. Qatar has ordered 36 Rafales and the next deliveries will take place in the months to come.

The first Rafale for the next export customer – India – will come offthe production line later this summer. Dassault will also train Indian pilots at Bordeaux. According to information recently shared by Dassault with communities surrounding Merignac, three groups of eight Indian pilots will undergo training comprising 800 sorties and 1,600 aircraft movements between October 2019 and January 2021. 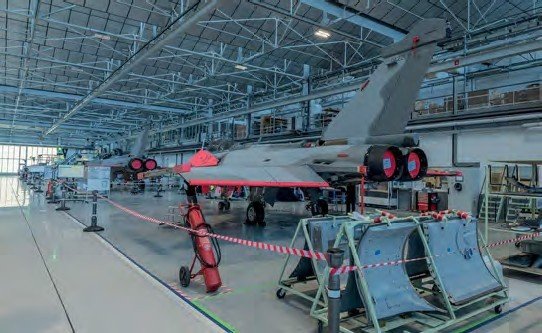 The first five Rafales were delivered to Qatar in the first week of June. Dassault is currently working on delivering the remaining 31 aircraft.