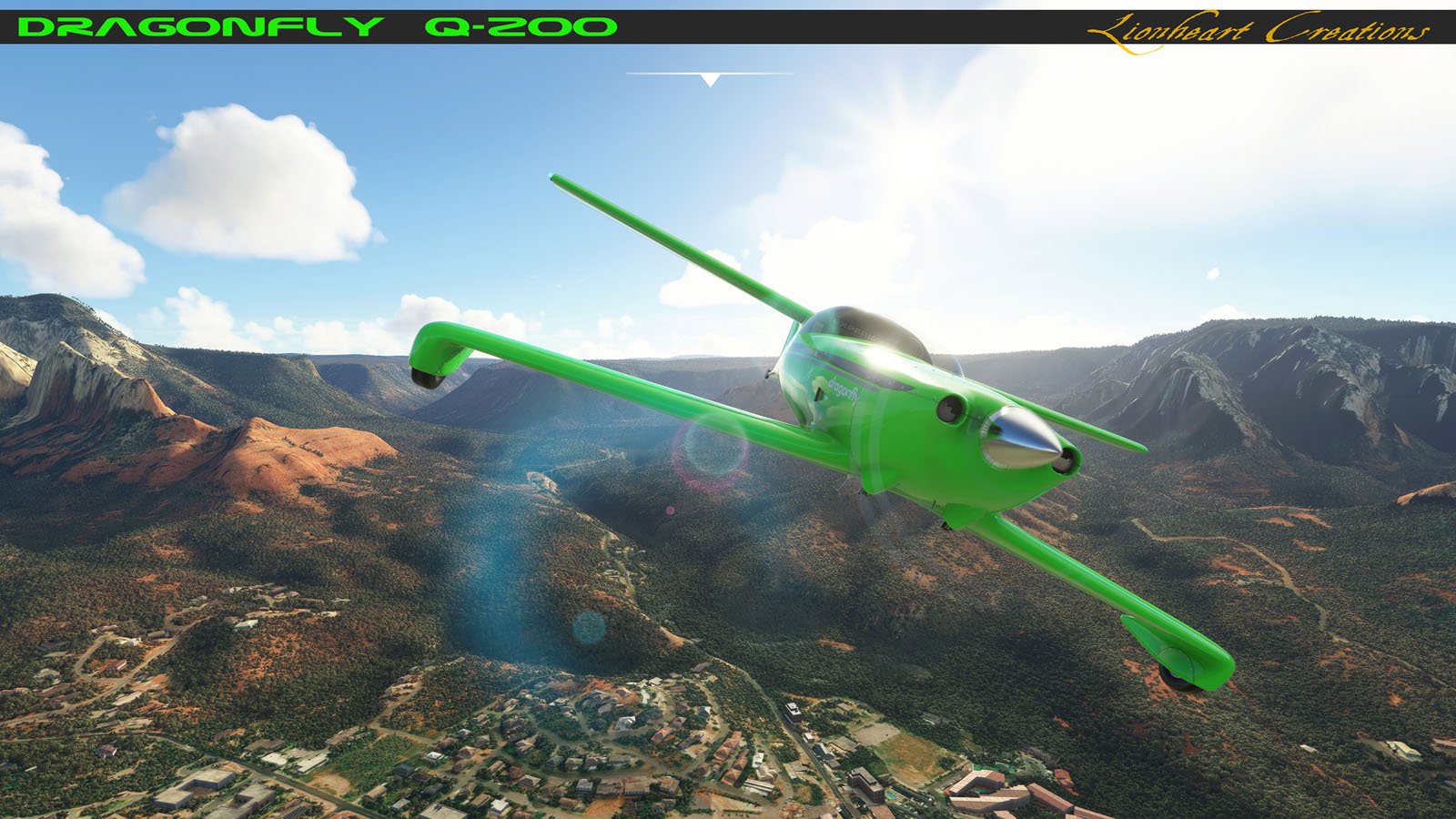 The Q-200 sport aircraft is a two-seat home-built kit plane developed by the Quickie Aircraft Corporation.

The version developed by Lionheart is the high-performance 100HP model powered by the Continental O-200. The Canard' Twin Wing' layout has elevators on the front aerofoils and ailerons on the main rear wing.

Some interesting features are the Flexor reverse spoiler system, the twin centre fuel tanks that use a fuel transfer system similar to Concord. The main undercarriage is mounted in aerodynamic skirts in the wingtips on the front wing. The Q only weighs 550lb dry with a max take-off weight of 1100lb and a wingspan of only 16ft. 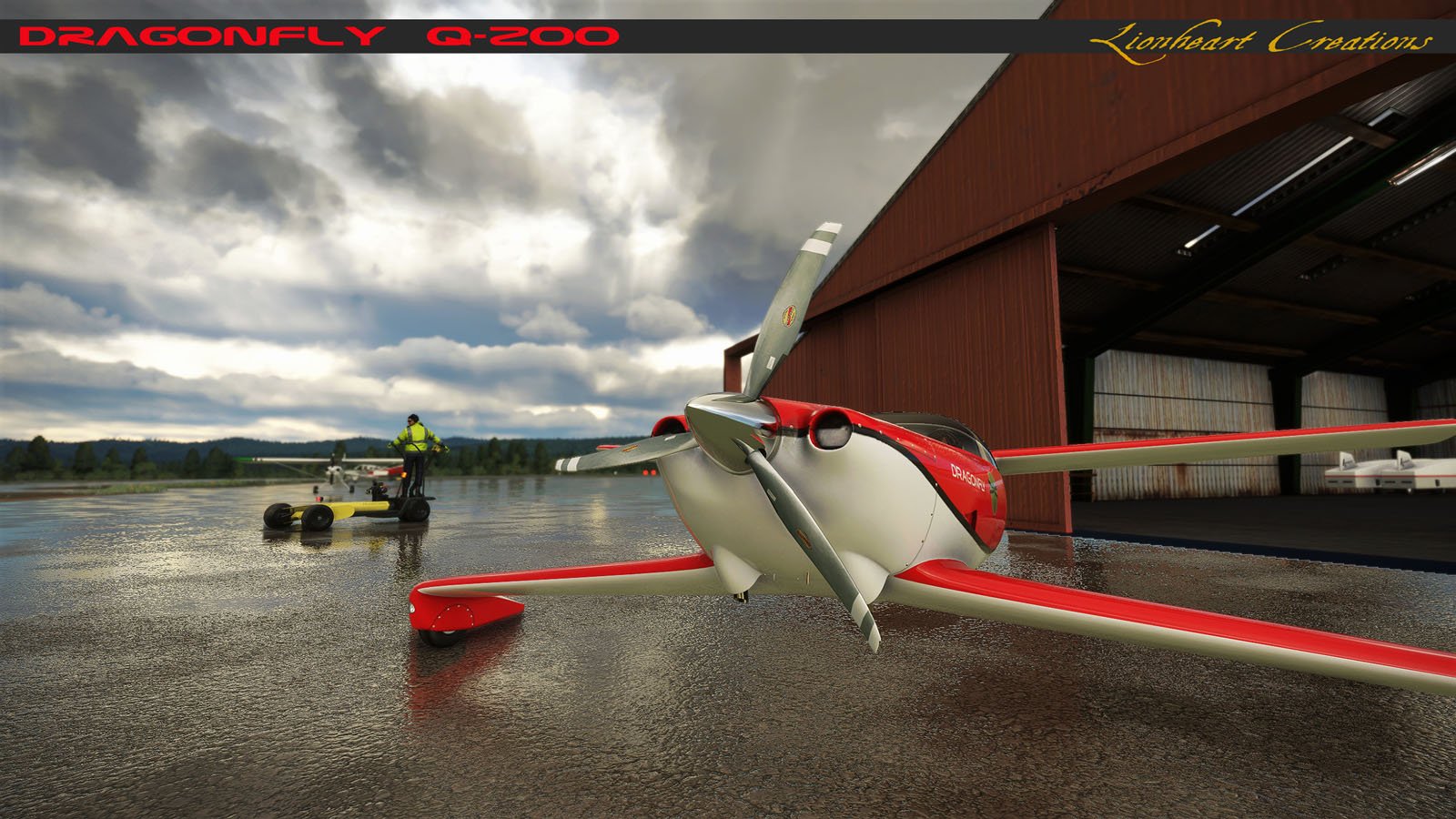 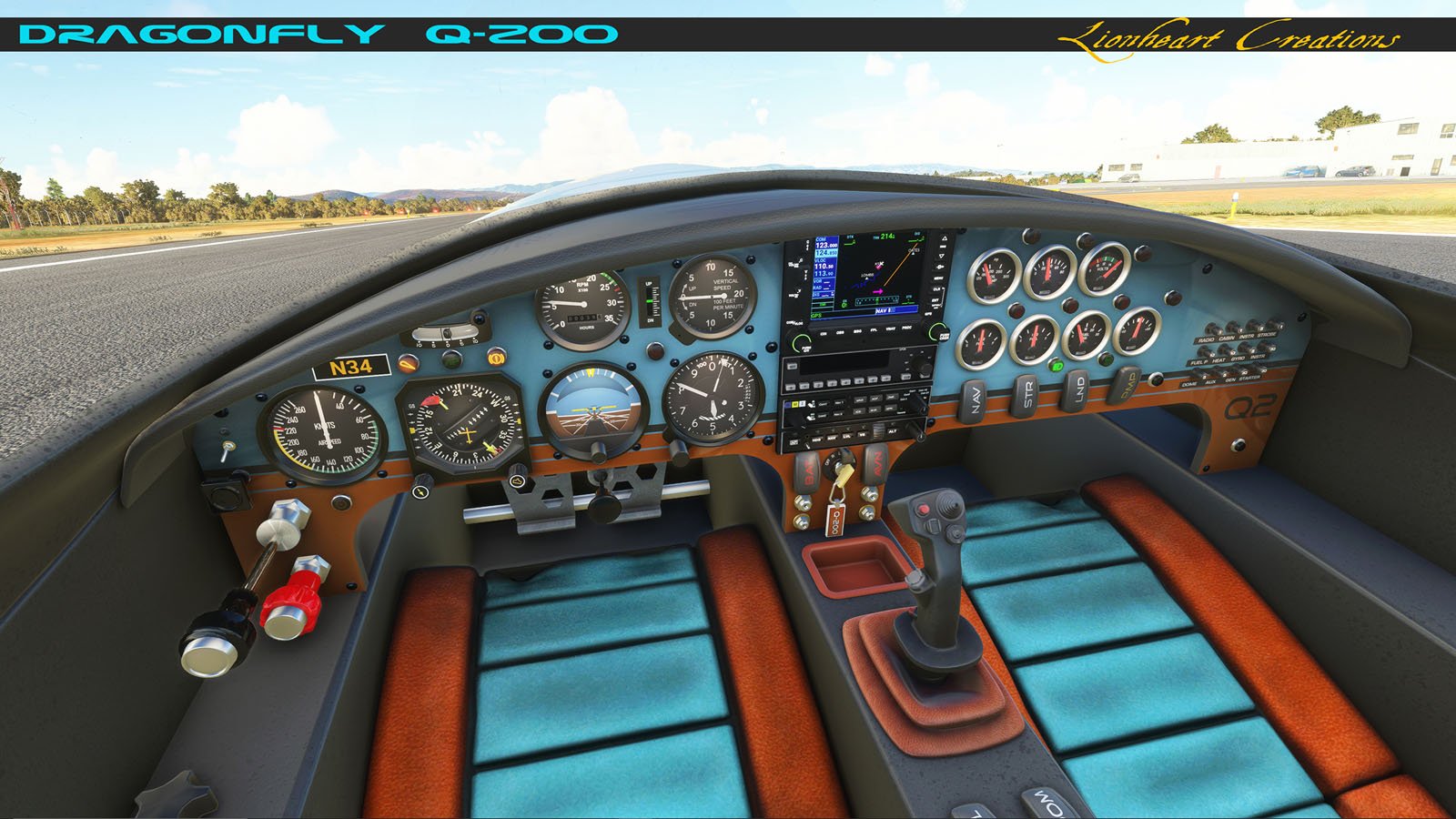 Other highlights include Oshkosh parking mode that deploys two small camping tents, a plexi selector that changes the 'outside only' plexiglass bubble between tints of dark, medium and clear. The plexi also features the Asobo rain effects with streaming rain and scratches. 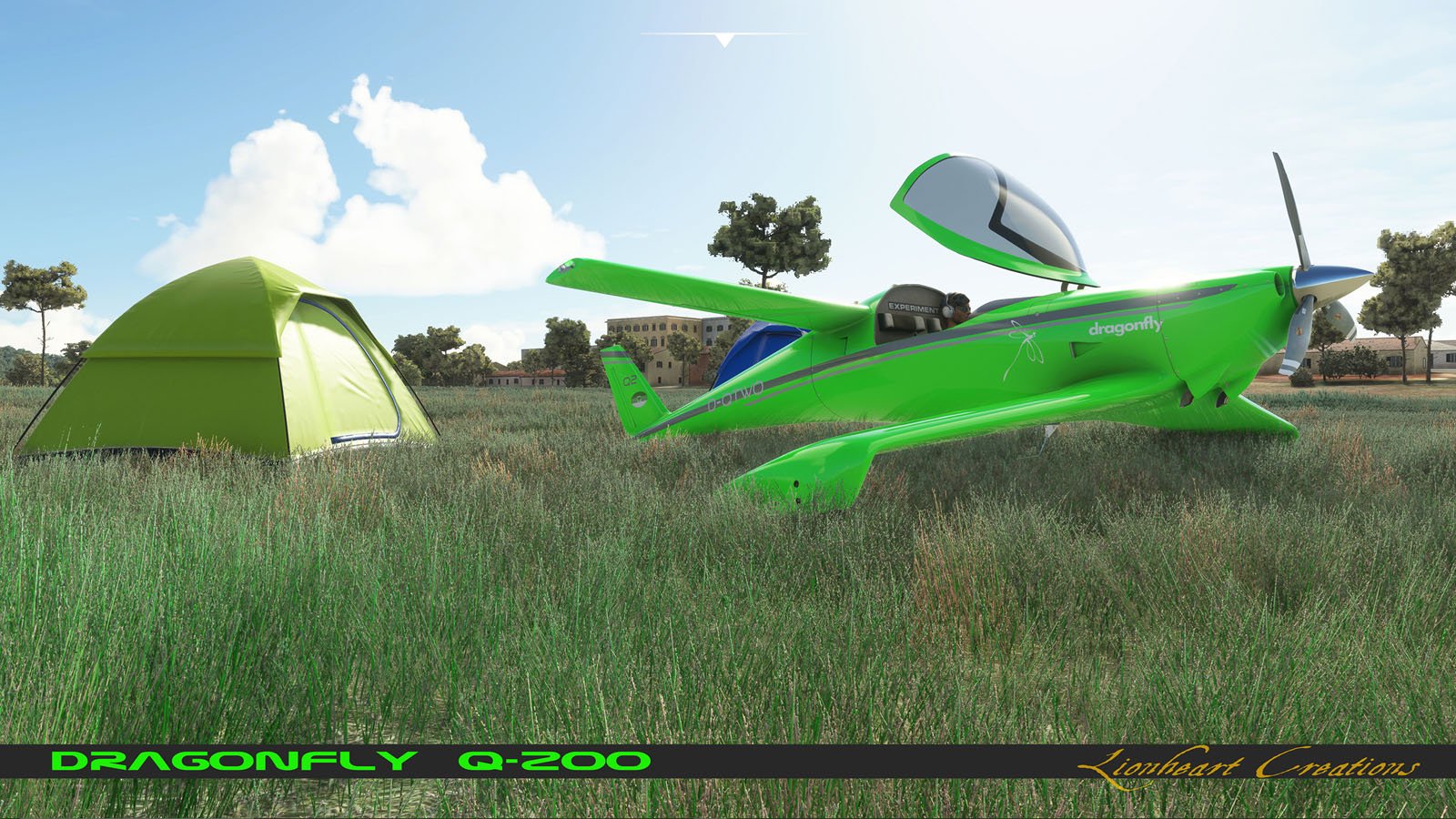 The package also comes with a detailed manual with screenshots and notes, along with an overview of the various systems.