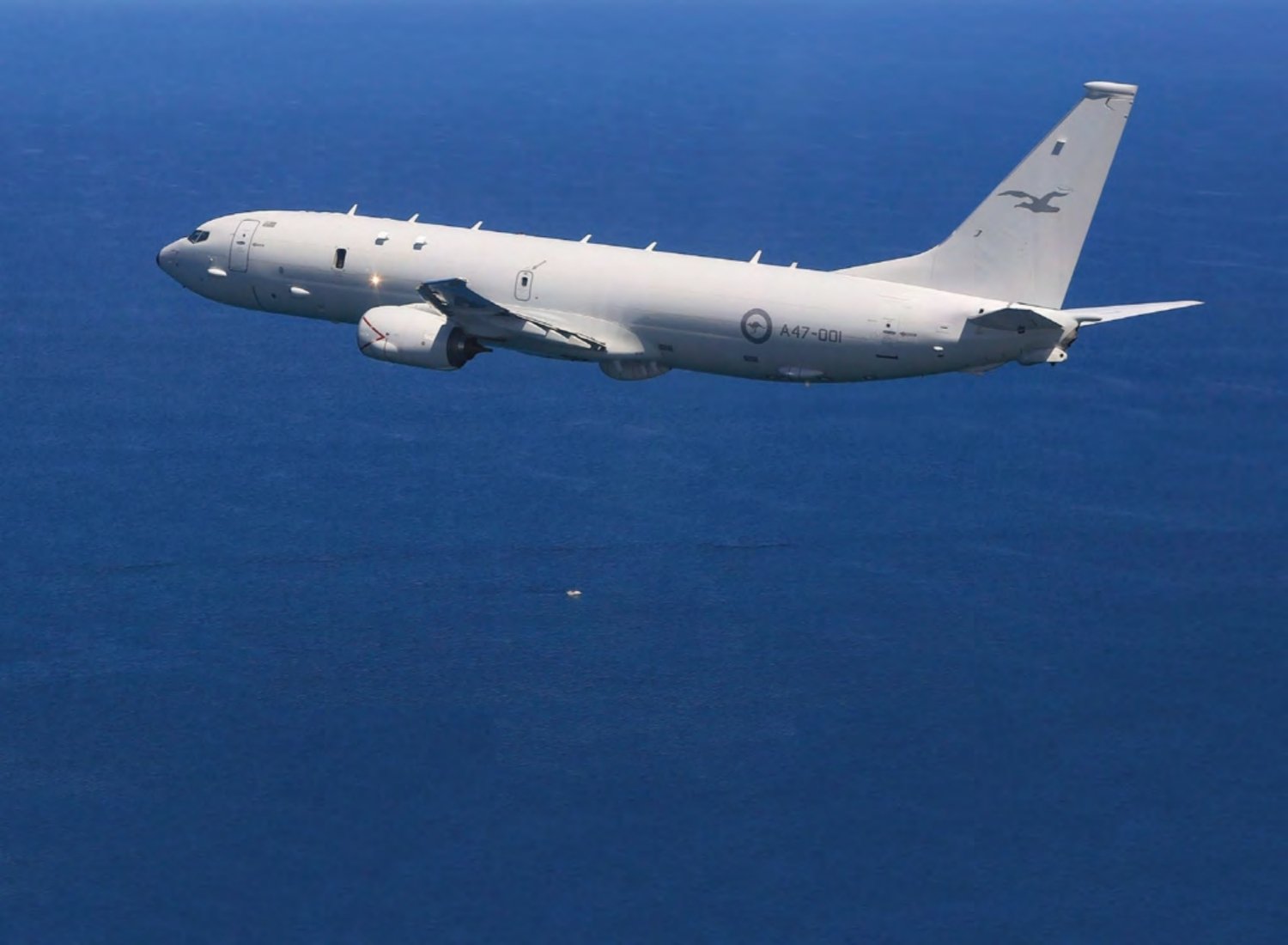 The first of 12 Boeing P-8A Poseidon maritime surveillance aircraft (serial number A47-001) for the Royal Australian Air Force touched down in Canberra on November 15.

The aircraft had flown to Avalon Airport south of Melbourne on its delivery flight from the United States the day before and arrived in Canberra with Australian Prime Minister Malcolm Turnbull and Chief of the Royal Australian Air Force Air Marshal Gavin Davies on board.

Poseidon is replacing the ageing, but still effective, Lockheed AP-3C Orion in RAAF service, beginning with No.11 Squadron, which has now relinquished the Orion in favour of the new aircraft. An AP-3C wearing special 11 Squadron markings acted as a backdrop to the acceptance ceremony on the Canberra tarmac.

Commanding Officer of 11 Squadron, Wing Commander David Titheridge who was also aboard the Poseidon for its historic arrival, said that two RAAF crews have now been trained on the aircraft in the United States and other Australians are serving as instructors with the US Navy’s training unit (VP-30) at Jacksonville, Florida: “A further two crews have already commenced their training with the US Navy and we will receive the second aircraft in March next year.”

The RAAF is set to receive a new Poseidon approximately every three months until the final aircraft is delivered later in the decade.

The following day, the aircraft was flown to its new home at RAAF Base Edinburgh in South Australia and shortly thereafter commenced a series of operational test and evaluation activities under local conditions.

The second operational unit, No.10 Squadron at Edinburgh, will convert to the P-8A in time for the retirement of the Orion towards the end of 2019.

An Australian Government decision on a further three aircraft, mentioned in the recent Defence White Paper, is due to be taken in the coming years. If this option is exercised, it will bring the total number of Poseidon aircraft in RAAF service to 15.