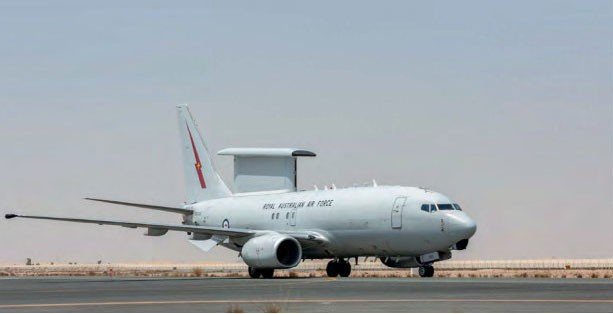 RAAF E-7A Wedgetail A30-005 arrives at the Australian Defence Force’s main operating base in the Middle East.
CPL Dan Pinhorn/Commonwealth of Australia, Department of Defence

A ROYAL Australian Air Force (RAAF) E-7A Wedgetail has arrived in the Middle East, the air arm announced on September 14. The airborne early warning and control (AEW&C) aircraft is contributing to the US-led global coalition against so-called Islamic State. Australian Minister for Defence Linda Reynolds said the E-7A will support the Iraqi Security Forces (ISF) in their ongoing fight against terrorism in Iraq.