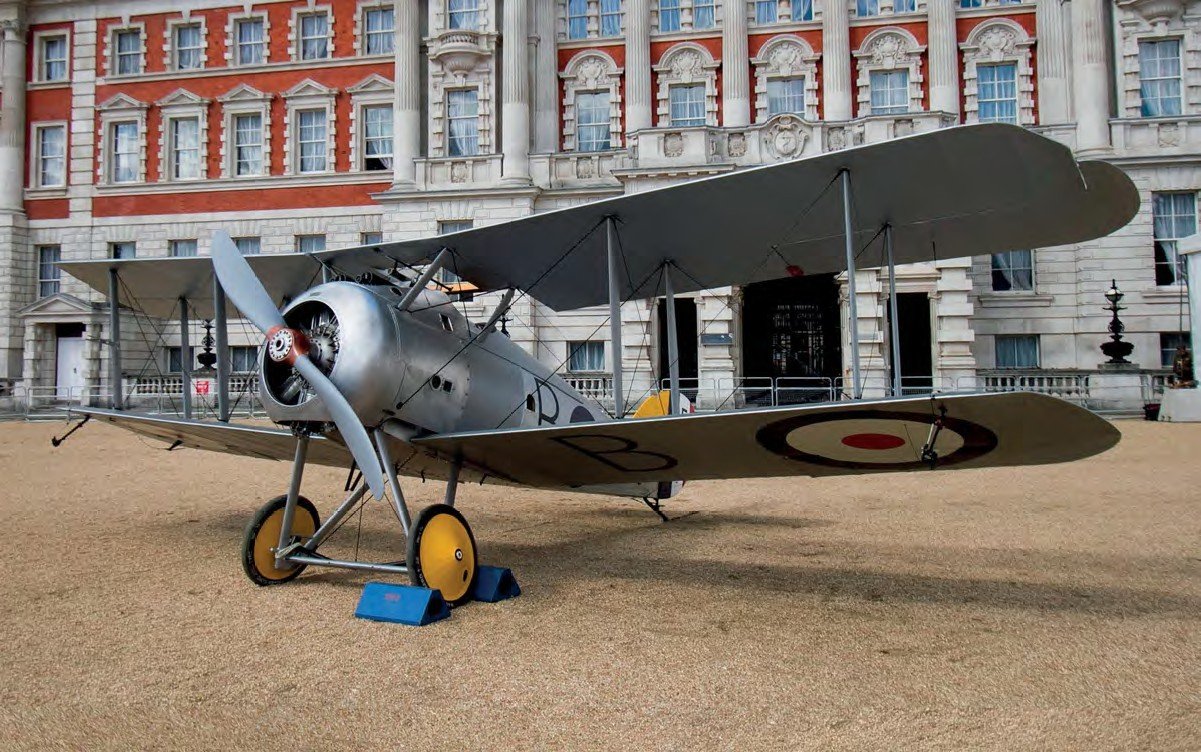 A taste of things to come in 2018: the RAF Museum’s Sopwith Snipe reproduction displayed on Horse Guards Parade a couple of years ago as a preview.
ALAMY LIVE NEWS

It need hardly be said that 1 April 2018 sees the centenary of the Royal Air Force. It was on All Fools’ Day 1918, in the last year of the Great War, that the fledgling RAF was formed by the merging of the Royal Flying Corps (RFC) and the Royal Naval Air Service (RNAS). Convention is to celebrate only landmark anniversaries. The RAF was at war in 1943, so had little opportunity to mark its first quartercentury. It celebrated its golden jubilee with a royal event — not officially a review, but generally classed as such — at RAF Abingdon in 1968 and its 75th with a more sombre, rain-affected Royal Review at RAF Marham in 1993. 2018 will thus be the big one, and will be marked by a six-month programme of public events, national and local, across the country. Its themes are to ‘commemorate’ 100 years of success, to ‘celebrate’ the professionalism and dedication of the RAF, and to ‘inspire’ future generations by telling the RAF’s splendid story.

The ‘RAF100’ campaign has been launched to support this milestone in the air force’s history. An opening event will be a reception at the House of Commons on 29 November 2017. It was a report by Gen Jan Smuts on ‘Air Organisation and the Direction of Aerial Operations’ from August 1917 that recommended and led to the amalgamation of the RFC and the RNAS into a single, independent force. This reception will mark the 100th anniversary of the Royal Assent to the Air Force (Constitution) Act that led directly to the creation of the RAF. 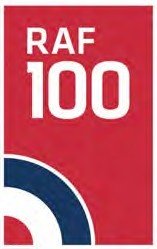 A concert at the Royal Albert Hall on 31 March will be the launch of the 2018 programme. A National Aircraft Tour of static aircraft, real and replica, is planned for six city centres (see boxed item). The aircraft appearing at each location will vary, but ‘core’ types will include the Sopwith Snipe and a Harrier GR3 from the RAF Museum London at Hendon and a replica Spitfire from IWM Duxford. The modern front line will be represented by full-size replicas of a Typhoon and/or the F-35 Lightning II. At least one helicopter will also probably feature.

As the centrepiece of RAF100, a parade of 1,500 servicemen and women and a flypast along The Mall in central London will take place on 10 July, on which date the RAF will be awarded a new Queen’s Colour. Why 10 July? It was deemed inappropriate to hold this event on 1 April as this is Easter Sunday, while an early date risked disruption by unpredictable weather conditions. 10 July, exactly 100 days later, was thus chosen, this conveniently being the Tuesday before the Royal International Air Tattoo at RAF Fairford from 13-15 July. Exact details of the aircraft taking part in the flypast are still being finalised, but it will include examples of most types in current service. The staging of a large formation in the shape of ‘100’, in the style of the 20-Tucano ‘60’ flown over Windsor for the Queen’s diamond jubilee in May 2012, would seem a strong possibility.

The Royal Review will be staged at Fairford on Friday 13 July — this year a full public day at RIAT — and will include a massed flypast of RAF aircraft. The RAF Cosford Air Show on Sunday 10 June will also have a strong RAF100 theme, part of it being a static showcase of 100 aircraft in chronological order, among them the RAFM’s Boulton Paul Defiant making a very rare outdoor appearance.