When No 1(F) Squadron took the Harrier GR3 to war in the Falklands conflict, it had many chalenges to overcome, but did so in the best RAF traditions. Using recently released official documents, this is the unit’s Operation ‘Corporate’ diary 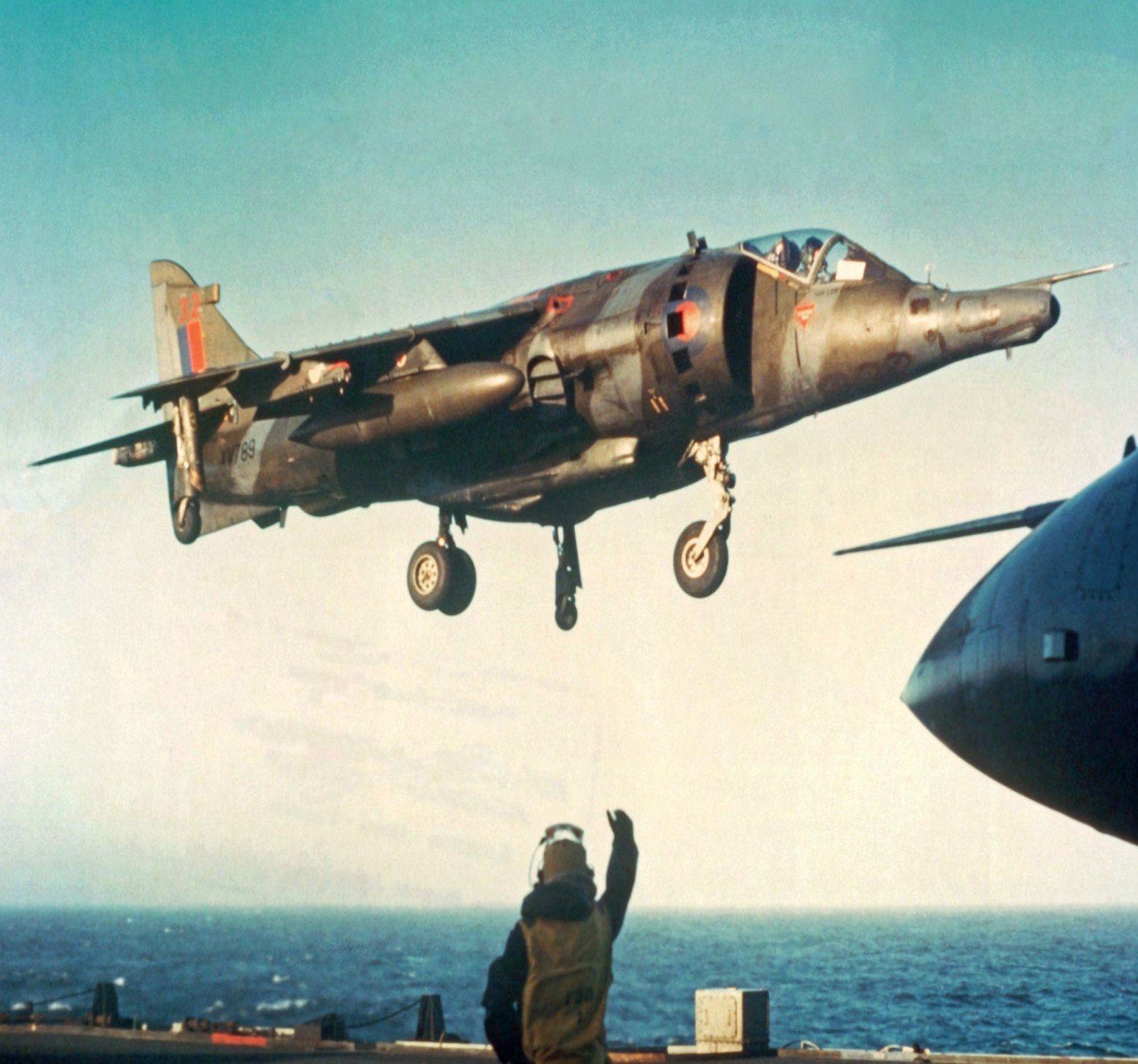 No 1(F) Squadron Harrier GR3 XV789 recovers to HMS Hermes after an Operation ‘Corporate’ mission.
PRM AVIATION COLLECTION
In omnibus princeps’ reads the Latin motto of No 1 (Fighter) Squadron, Royal Air Force: ‘First in all things’. In 1982 it lived up to that, by taking the Harrier GR3 into combat during the Falklands War. Operation ‘Corporate’ was not the sort of campaign for which the vertical/short take-off and landing aircraft had truly been earmarked — while versatility was the Harrier’s watchword, flying from a Royal Navy aircraft carrier in the South Atlantic was a far cry from operating in the field somewhere in northern Europe, supporting efforts to repel Warsaw Pact forces.

The achievements of No 1(F) Squadron in ensuring its aircraft were suitably equipped for the task, working up, deploying and operating in both the air-to-ground and air-toair roles while in a very demanding theatre deserve due recognition. It was a commitment that not only contributed much to the success of British forces in recapturing the Falklands, but also to the continued development and success story of the RAF Harrier force.