With the Cold War in its death throes, the 1990 edition of RAF Mildenhall’s show proved to be one of the best 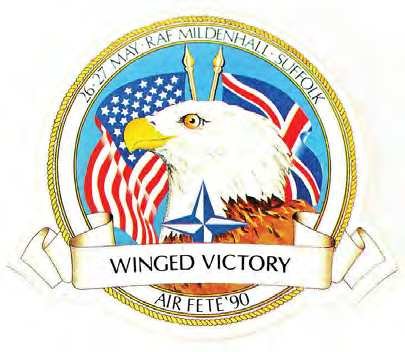 Well”, said organiser and commentator Roger Hoefling, “you may have seen a B-52 displayed here before, but not quite like that”. His remark was a fine piece of understatement, coming as it did after an eyewatering departure. Lifting into the air, the ‘BUFF’ naturally adopts a nose-down attitude, but this was something else. The engines were throttled back and the nose pushed further down, the aircraft building speed as it remained in ground effect. As Roger wrote later, “all was quiet save for a collective sharp intake of breath from seemingly every member of the audience”. Nearing the end of the runway, up came the nose and the Stratofortress was rolled into a nearly 90° bank to port as it climbed away, characteristic smoke trails in its wake. In all my years of attending air displays, seldom have I witnessed a more impactful piece of flying.