'We crashed into a minefield': RAF Canberra navigator recounts crash

Former RAF Canberra navigator John Hyde recalls the time his jet suffered a double engine failure after dark in the tale of a rumble seat, a very annoyed officer, and a mine field!

It was March 6, 1958. I was a 25-year-old navigator/observer with 35 Squadron flying with my usual crew – pilot Flt Lt Arthur Desmond ‘Kiwi’ Ashworth from New Zealand and nav plotter Fg Off Brian Dockar – in Canberra B.2 WK125. At the time, I was a flying officer and we were on detachment to RAF Luqa in Malta from Upwood in Cambridgeshire. 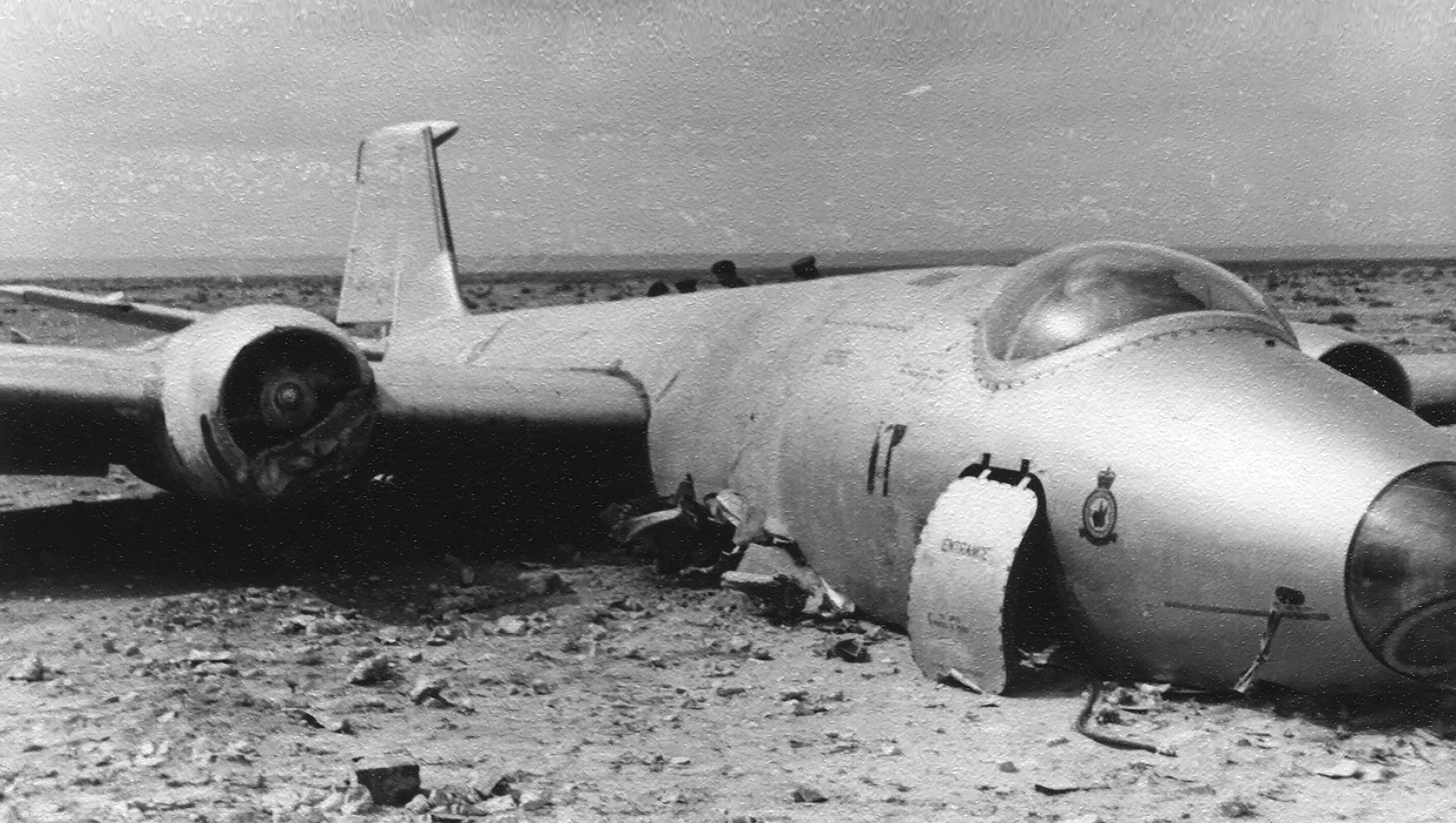 The extent of the damage to Canberra B.2 WK125 only became apparent the following day
All images via John Hyde

We had been authorised for a day/night bombing sortie on the range near RAF El Adem across the Mediterranean in Libya. After dropping eight visual practice bombs that morning and another eight smoke/flash rounds after dark, we headed back to Luqa, about 600 miles to the northwest. Having been lying prone in the nose dropping the ‘bombs’, I climbed back into my ejection seat as we turned for home.