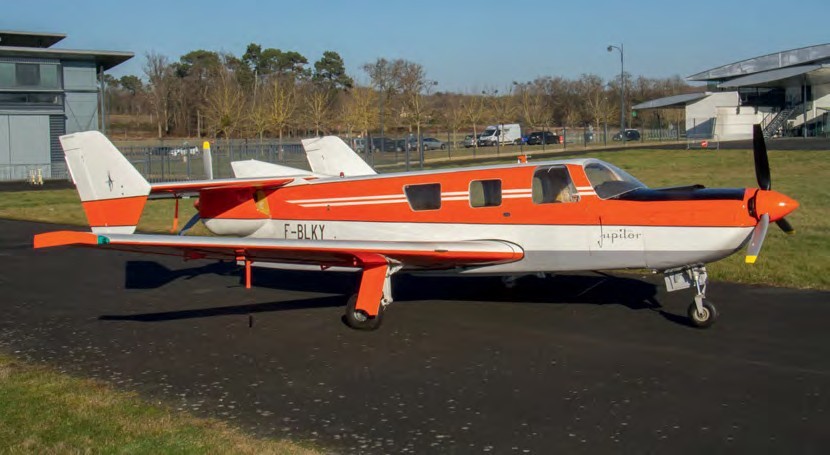 The Jupiter was designed by the World War Two Normandie- Niémen Yak-3 fighter pilot and politician André Moynet. F-BLKY, the second prototype, first flew on 23 May 1965, but the 290hp Lycoming-powered five-to-seven-seat executive transport failed to gain any orders, and only two prototypes were built. The first prototype, a 200hp four-to-fiveseater, had flown on 17 December 1963, and is now part of the reserve collection at the Musée de l’Air in Paris.