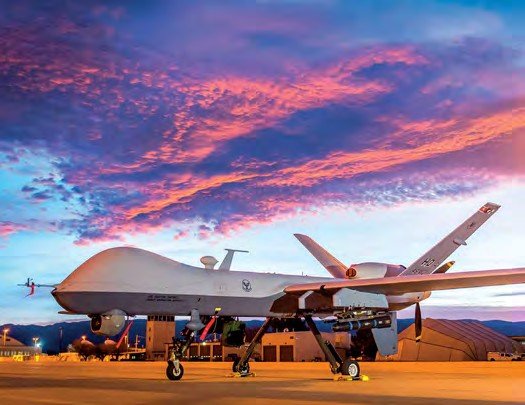 The US Air Force is considering a range of upgrades for its General Atomics Aeronautical Systems Inc (GA-ASI) MQ-9 Reaper including air-to-air missiles (AAMs) and a deployable launch capability to enable it to operate from forward bases. In March, the Air Force awarded a sole-source contract to GA-ASI to incorporate AAMs in its Reaper flight simulator to evaluate armament options.

Funding has been included in the FY2019 budget request to upgrade the moving target indicator (MTI) capability of the Lynx radar carried by Block 5 configuration Reapers ordered in FY2017 and scheduled for delivery in FY2020. In FY2019, development will start on a further MTI upgrade for the Reaper, planned to be fitted to 80 air vehicles, to enable tracking of dismounted people. David C Isby