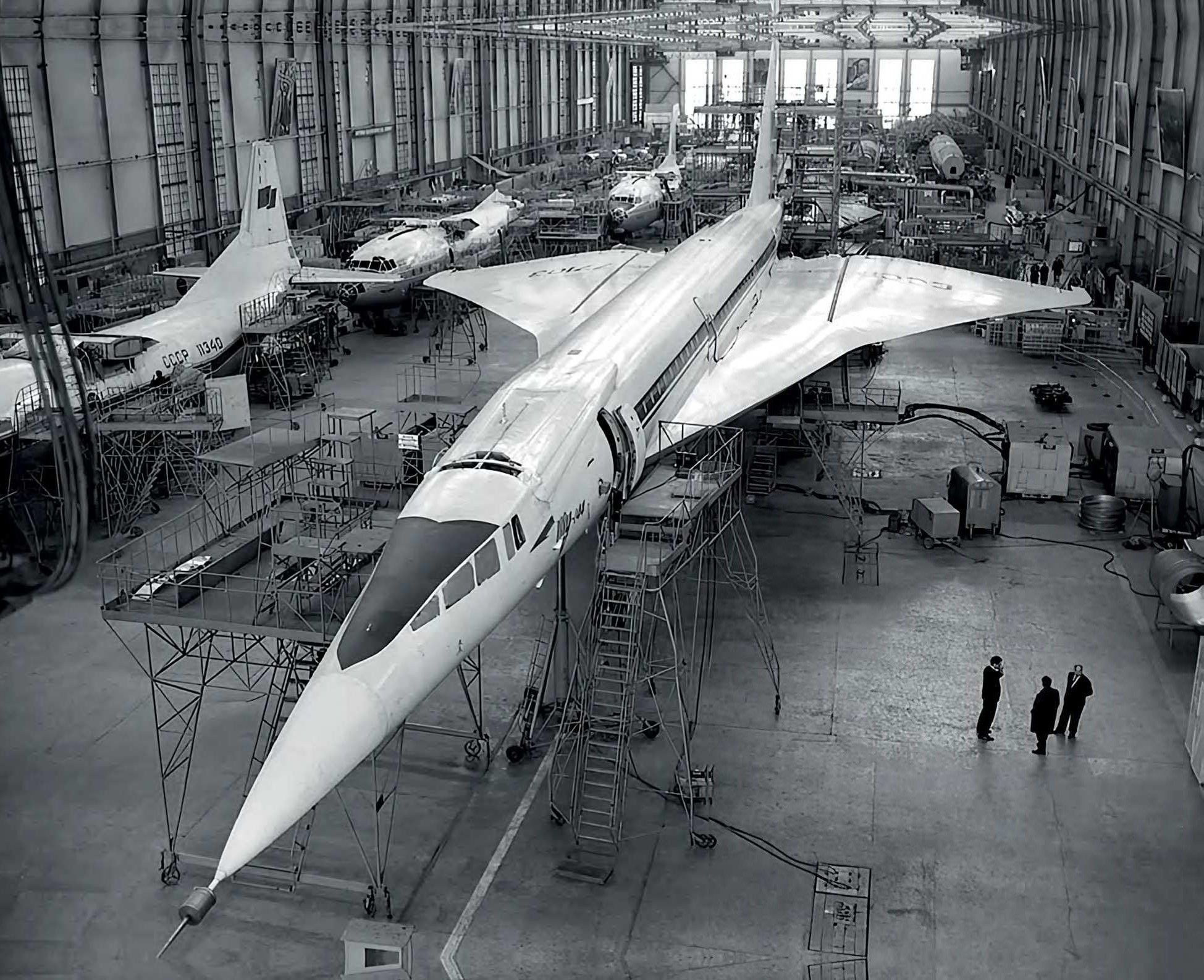 Tu-144, one of only two supersonic airliners in the history of aviation, is the pride of Russia. By implementing its programme, the Soviet aviation industry took a vast technological leap forward.However, the programme also consumed a colossal resource and, ultimately, turned out to be a white elephant.

The story began in the 1950s , when a fascination with the speed of flight developed. Military aircraft were flying faster and faster, so it was no wonder people began to consider the possibility of a supersonic passenger airplane.

Initially, Russian concepts were based on bomber aircraft, such as the M-50 Bounder, though the designs varied, with proposed passenger numbers from 40 to 120 people.