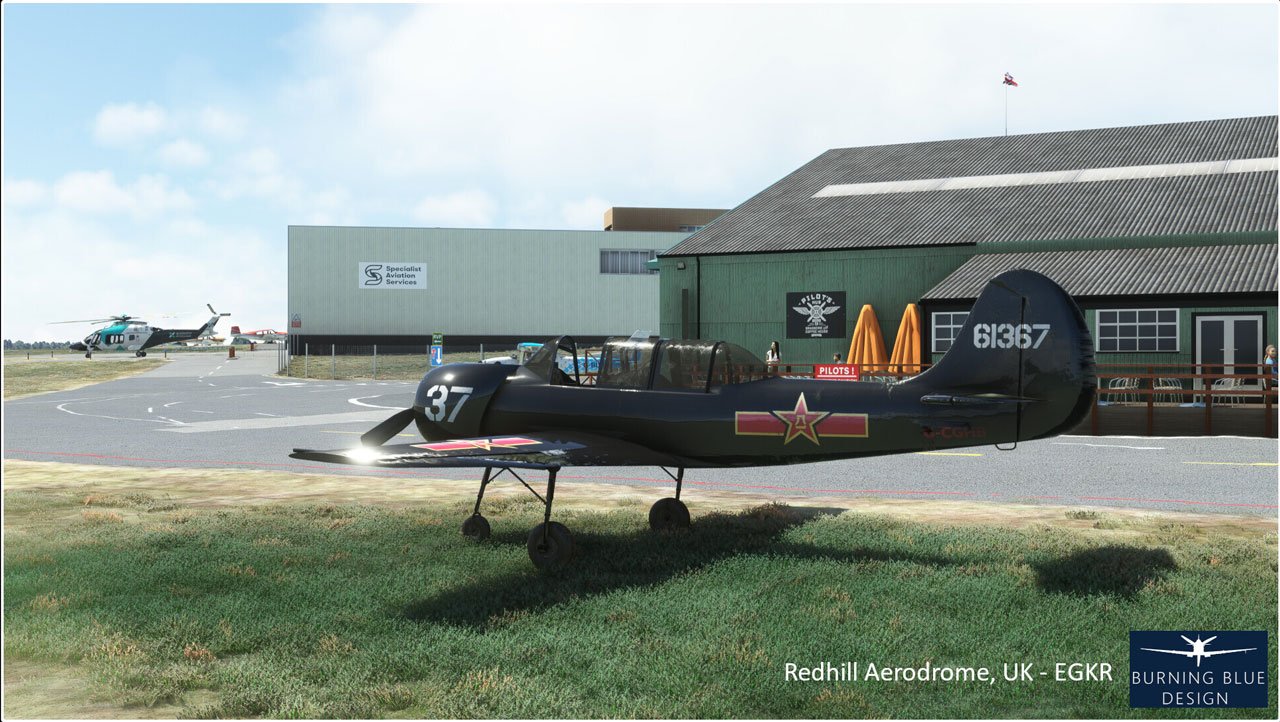 Redhill Aerodrome is approximately four miles north of London Gatwick Airport and was first used in 1933 for private flying by the Redhill Flying Club. During World War Two, it became a training school and fighter base with Spitfires and was also home to Canadian and Polish squadrons.

Today, Redhill has a range of commercial aviation activities ranging from helicopter and fixed-wing charter services to flight training and aircraft maintenance. It is also home to several private aircraft as well as serving as a base for the Air Ambulance Kent Surrey and Sussex and the National Police Air Service. 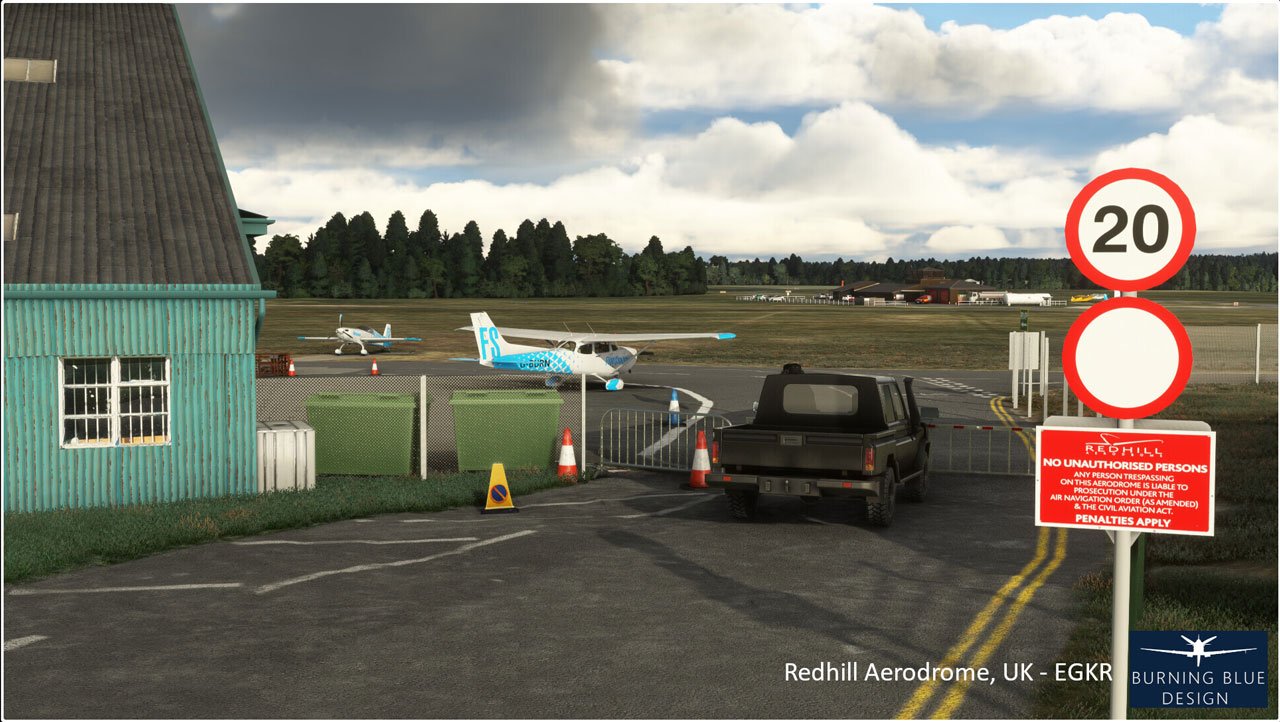 The package for Microsoft Flight Simulator is a faithful rendition of the actual airfield based on on-site visits and the cooperation of pilots based at Redhill to ensure the highest levels of accuracy. The airport is based on a 2022 layout with accurate runways, taxiways and custom signs, as well as sporting more than 170 custom 3D objects with PBR (Physically Based Rendering) effects. 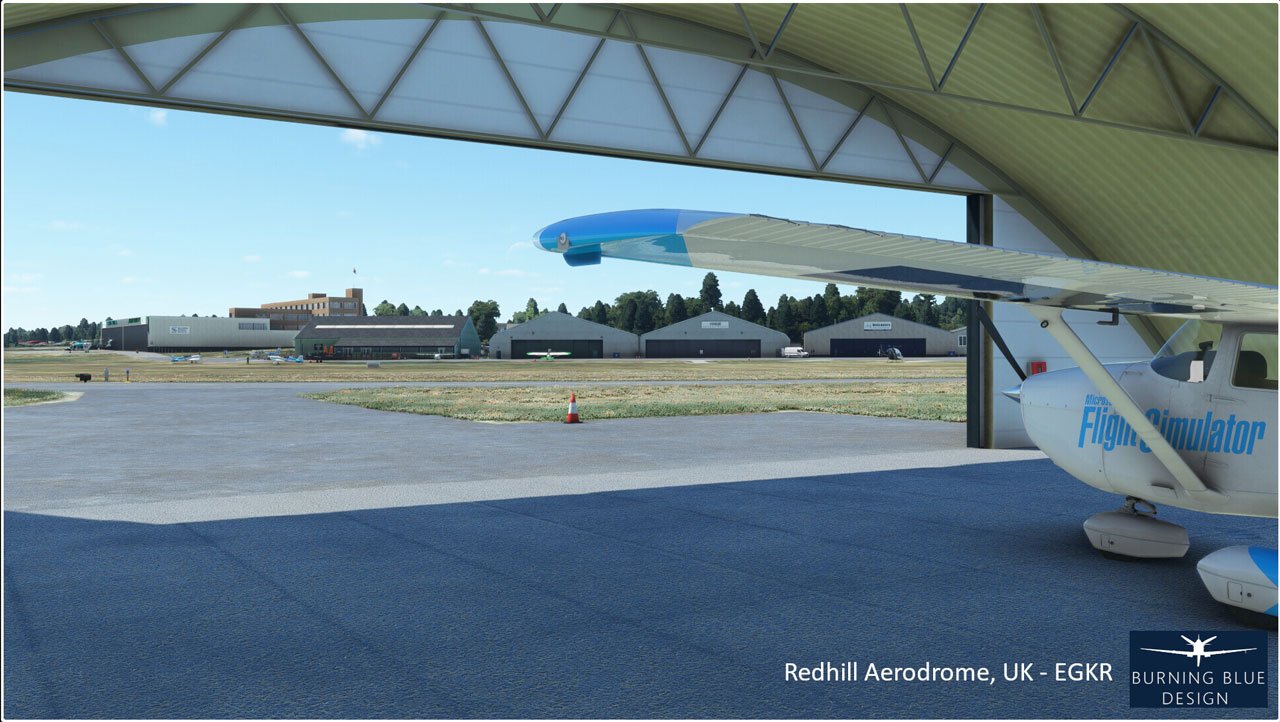 Other highlights include high-resolution colour-corrected ground textures, a detailed control tower and hangar interiors with animated doors which close at night. Other animations include custom windsocks and flags and people, which change depending on the time of day. It also comes with real-life static aircraft based at Redhill, night lighting and dynamic weather compatibility.