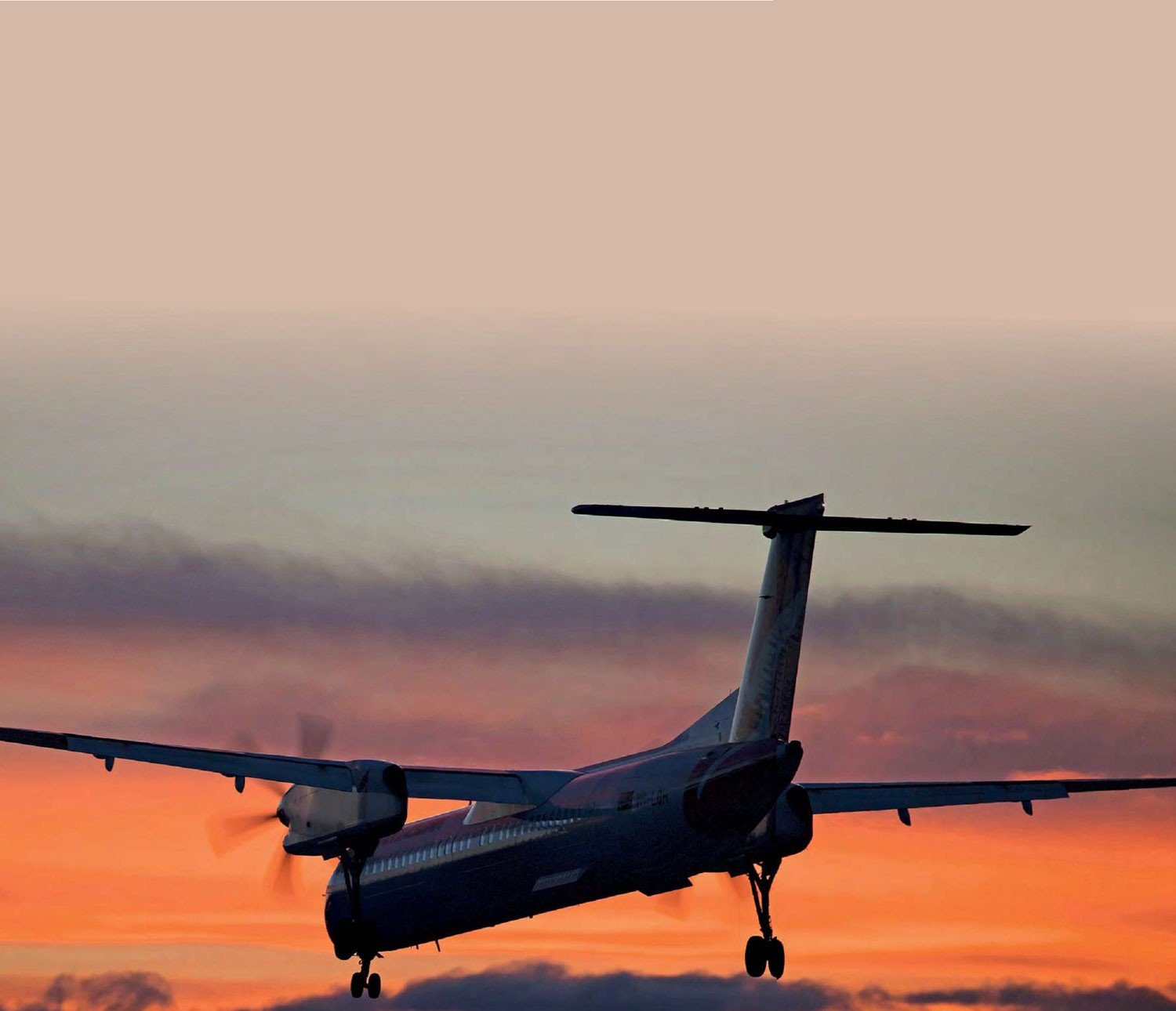 Bombardier is exiting the commercial turboprop business after agreeing to sell the Dash 8 programme.
Sarmad Al-Khozaie/AirTeamImages

AS WE briefly reported last month, it’s all change in the turboprops market after Bombardier sold the Dash 8 Q400 programme to Longview Aviation Asset Management (LAAM) in Canada, parent company of Viking Aircraft. What does the deal involve, why has it happened and what are its wider implications?

The deal, expected to conclude in 2019 after regulatory approval, involves LAAM acquiring all assets, intellectual property and type certificates associated with the Dash 8, covering the currentproduction Dash 8 Q400 and the legacy Dash DHC-8-100, DHC-8-200 and DHC-8-300 variants. LAAM will also assume responsibility for the worldwide product support business for all Dash 8s, a fleet numbering more than 1,000 aircraft either currently in service or due for production.

LAAM’s acquisition came two years after it purchased Bombardier’s amphibious aircraft programme, assuming responsibility for all product support, parts and maintenance activities on the CL-415 waterbomber and variants and its CL-215 piston-engine and CL-215T turboprop predecessors. The company subsequently launched the CL-415EAF (Enhanced Aerial Firefighter) programme in May 2018 to modernise legacy CL-215s and CL-215Ts, and it is also considering launching a new-generation firefighter called the CL-515.

In this context, LAAM acquiring the Q400 clearly positions the company as the largest specialist for manufacturing and supporting a wide range of commercial turboprops, from airliners and specialist amphibians to utility aircraft.

It is an interesting niche. Longview Aviation Capital Corp Chief Executive Officer David Curtis said: “The Dash 8 is the perfect complement to our existing portfolio of specialised aircraft, including the Twin Otter and the CL- 215 and CL-415. We see enormous value in the Dash 8 programme, with these aircraft in demand and in use all around the world.”

LAAM said it will continue to operate the Q400 programme independently at its current Toronto Downsview production site. Downsview was sold by Bombardier earlier in 2018, but under the terms of a lease with the new owners and a licence from Bombardier, the production of Q400s will remain there until at least 2021.

Curtis added: “We are committed to a business-as-usual approach that will see no interruption to the production, delivery and support of these outstanding aircraft. With the entire de Havilland product line reunited under the same banner for the first time in decades, we look forward to working with customers, suppliers and employees upon close of the transaction to determine what opportunities lie ahead.”

Sales of Q400s have been slow recently. Bombardier’s most recent Q400 programme status report from September 30, 2018, shows only nine orders had been received by that point in the company’s fiscal year to date, with 66 left in the backlog. Total orders since the aircraft’s launch in the mid-1990s numbered 610 units.

Richard Aboulafia, Teal Group Vice-President Analysis, is optimistic about the Q400’s prospects with LAAM/Viking. He told AIR International: “Lower overheads and greater company focus should make the Dash 8 Q400 more successful in Viking’s hands. If they can meet airline expectations for product support, the Q400 should enjoy better sales numbers.”

As part of an update on the business, he told investors: “We’ve been trying to look at solutions for a long time on the Q. We looked at taking costs down, we rebuilt the backlog quite a bit, so we kept the production line going; but when we started to look at the investment needed to keep the line going, we believed there were better ways to allocate capital than on a 20-yearold Q400 product line.”

Bellemare said Bombardier didn’t want to keep putting capital into the Q400, especially after the sale of Downsview, and he described LAAM as “a perfect fit” for the Q400 in that it is a Canadian company specialising in turboprops and with interest in the market.

The Q400 programme’s sale follows Bombardier earlier in 2018 divesting majority control of the C Series to Airbus; that aircraft is now known as the A220.

The CRJ is therefore now the only commercial airliner left in the Bombardier portfolio, so perhaps the biggest impact of the Q400’s sale is that it marks a further shift away from airliner production by the Canadian company as it streamlines its business.

During the Scotiabank conference, Bellemare insisted: “The CRJ is still a very good aircraft. We have the Atmosphere cabin now and the feedback from customers is very, very positive. We have a very large market, 1,500 aircraft flying today round the world.

“We’re trying to build the backlog, so we can work with the supply chain and take the costs down. We might look at partnering if it makes sense, but the primary focus is to strengthen the backlog so we have a longer-term view on this product line and then maybe we can do some avionics upgrades. “We want to keep this line going.

We believe there is value [in the market]; there are only two players in the [regional jet aircraft] industry, Embraer and us. We can compete …[the CRJ] is well integrated into our industrial system, so we’re going to try to make it work and we’ll see where it goes.”

Bellemare feels selling the Q400 is the correct move. He said: “It doesn’t take anything away from the rest of our aerospace business. If anything, it makes us stronger, because we’ll be able to allocate future investment at the right place.”