A SERVICE Inquiry Panel report into the fatal crash of Royal Air Force Red Arrows Hawk T1A XX204 at RAF Valley, Anglesey, on March 20, 2018 was published by the Ministry of Defence on October 10. 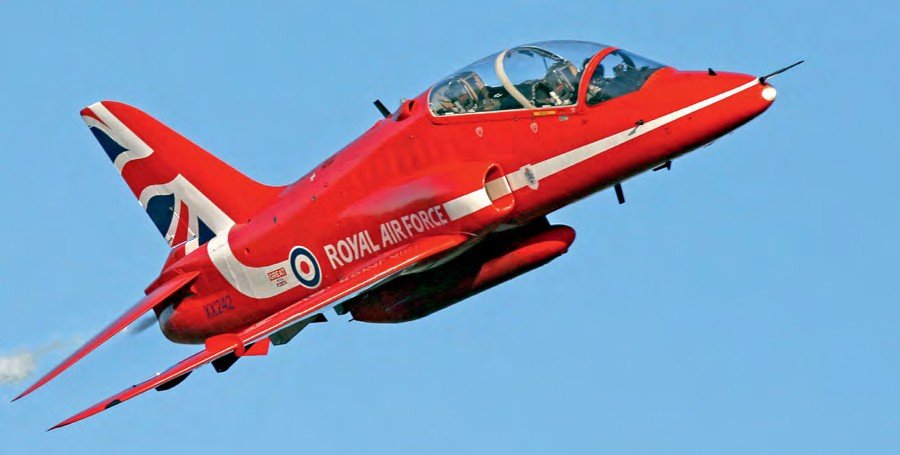 Red Arrows Hawk T1 XX242 during a training sortie at RAF Scampton. A report into the crash of sister aircraft XX204 was published by the MOD on October 10. MOD Crown Copyright/Cpl Steve Buckley

The pilot, Flt Lt David Stark, callsign ‘Red 3’ (R3), ejected 0.5 seconds before impact. The ‘Circus’ (Red Arrows ground crew) engineer in the back seat, Corporal Jonathan Bayliss, did not eject and was killed. The crash occurred at 1325hrs, after the aircraft had departed RAF Valley to conduct a practice engine failure after take-off (PEFATO) before transiting to RAF Scampton, Lincolnshire. On departure, R3 was given take-off clearance at 1322hrs for an approach back to the duty runway for the PEFATO.