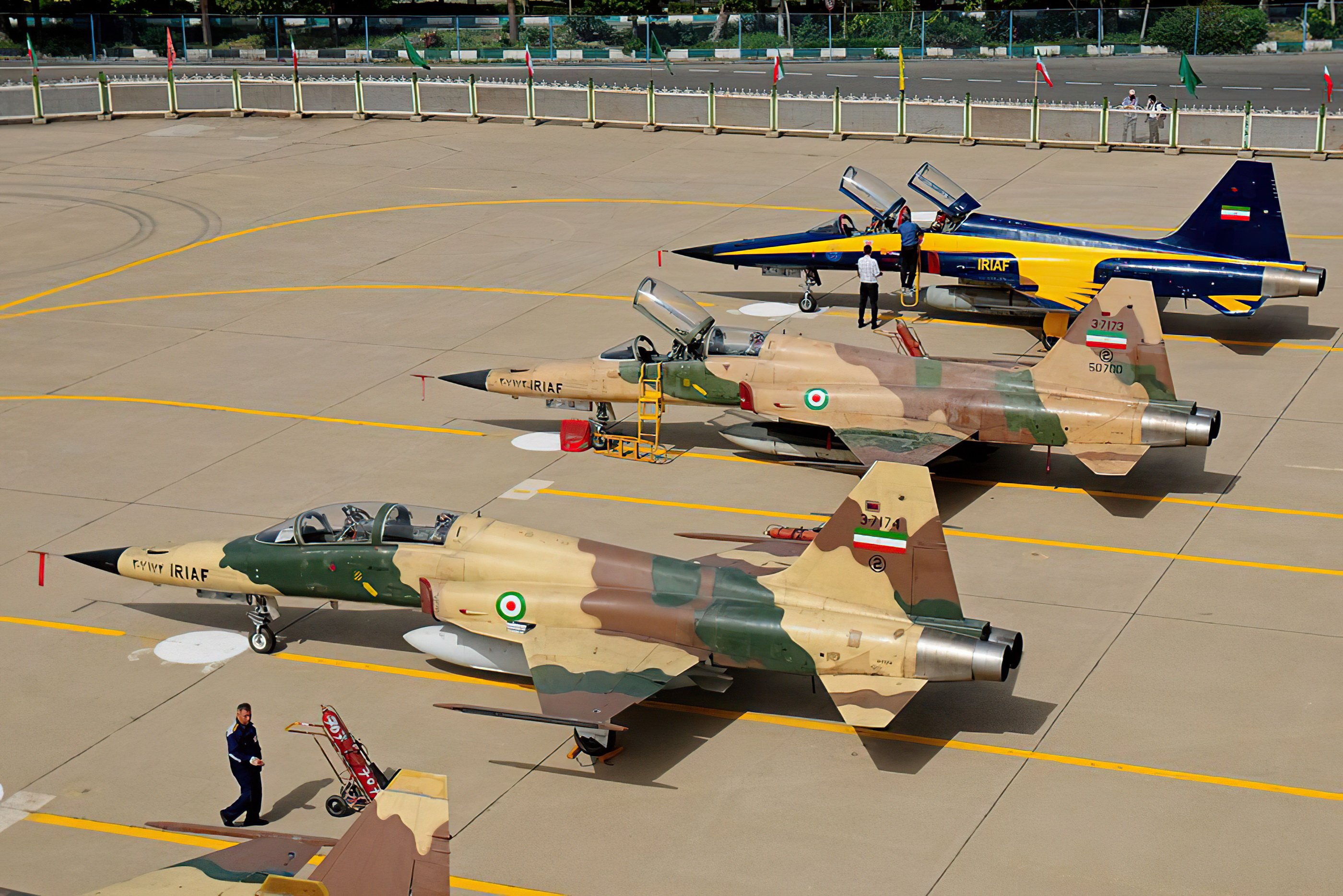 A line-up of IRIAF F-5s are prepared for the Army day parade. The F-5F Tiger II from 21st TFS was used by the observer of the parade. During all of the previous army days, serial 3-7174 had always been used as lead of the whole air parade over Tehran
Arya N

Since 1979, April 17 or 18 has been celebrated in Iran as Army Day, during which all branches of the army forces, including the air force, take part in parades around the country. After two years of absence due to the COVID-19 pandemic, the Iranian Air Force (IRIAF) finally held an air parade in south Tehran. Unlike previous occasions, only five aircraft participated in the flypast. The small number of flying aircraft in the parade has drawn criticism for the poor performance of the commander-in-chief of the IRIAF, Brig Gen Hamid Vahedi.