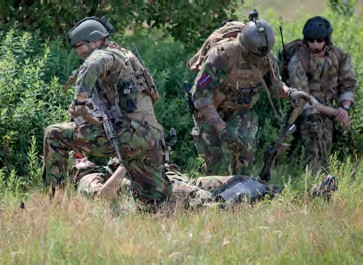 A wounded soldier receives medical attention and is prepared for extraction during an APROC demonstration on May 31. On this day, the exercise made use of training areas at Stroe and Weerterheide in the Netherlands and Zoersel in Belgium.
Ruud Maaskant 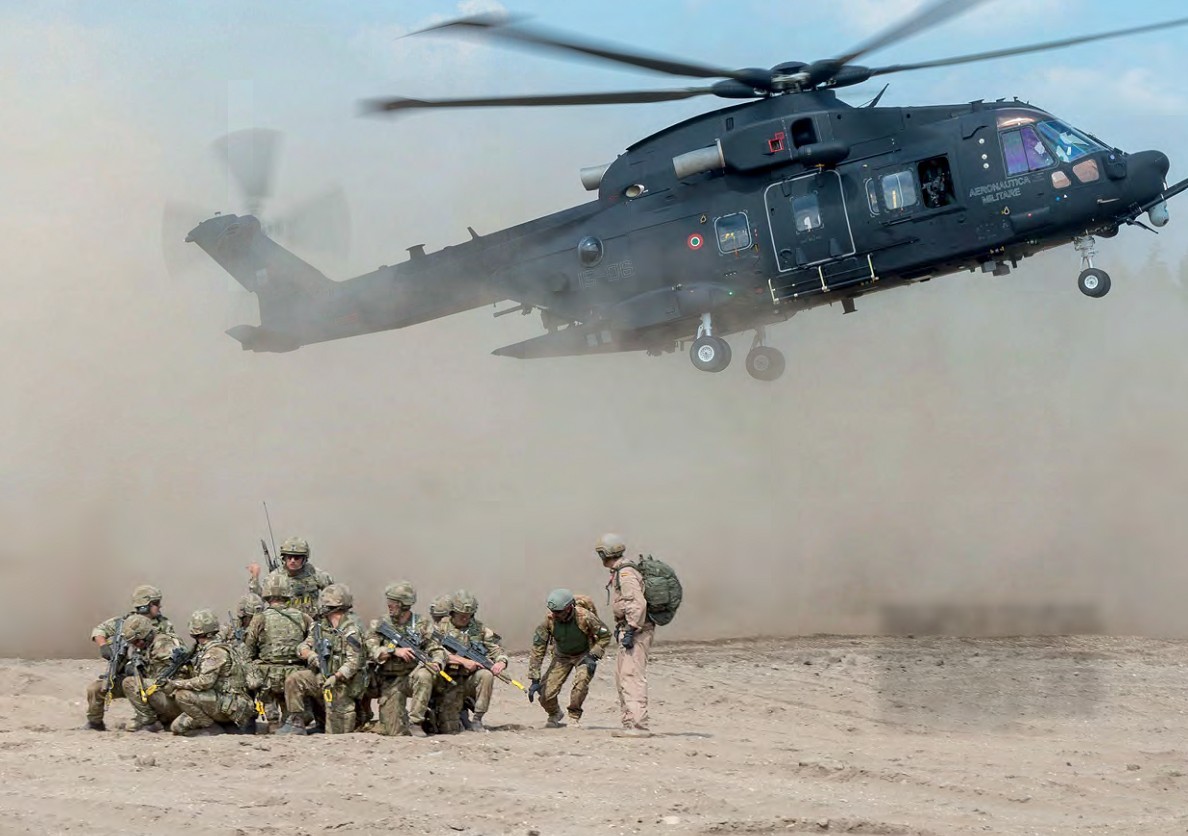 Italian Air Force HH-101A MM81869 ‘15-06’ from 15° Stormo at Cervia kicks up dust after disembarking a British extraction force in a landing zone. Note the M134 Gatling-type guns mounted in the door and on the rear ramp.
Jeroen van Veenendaal

This year’s Air Centric Personnel Recovery Operatives’ Course (APROC), from May 23 to June 6, was run from Gilze-Rijen by the Royal Netherlands Air Force’s (RNLAF’s) Defence Helicopter Command (DHC) together with the European Personnel Recovery Centre (EPRC).