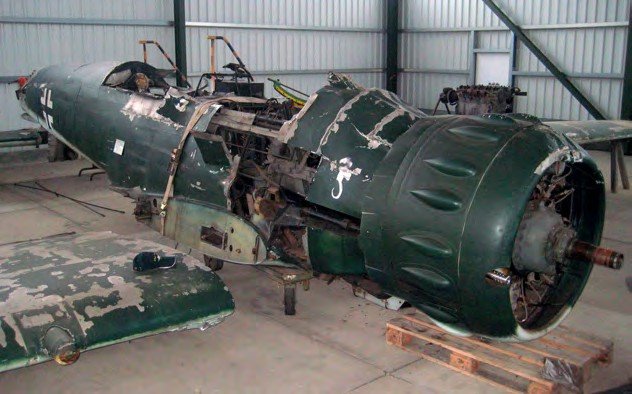 A sad sight: The Arado Ar 196A-5 after being delivered to Nordholz, Germany, in December 2012
ALL IMAGES CHRISTIAN KOENIG UNLESS STATED

In the late 1920s, while still under the limitations of the Versailles Treaty, Germany planned a modernisation of its navy. Since radar was not yet operational for military use, catapults to launch scout aircraft were foreseen aboard cruisers.

In response, Ernst Heinkel Flugzeugwerke designed the Heinkel He 60 floatplane, which became common as a shipborne reconnaissance aircraft in the 1930s. The type flew well, but lacked engine power, service ceiling and range. As a remedy, Heinkel envisioned its He 114 as a successor, whereas Arado Flugzeugwerke presented its powerful Ar 95.