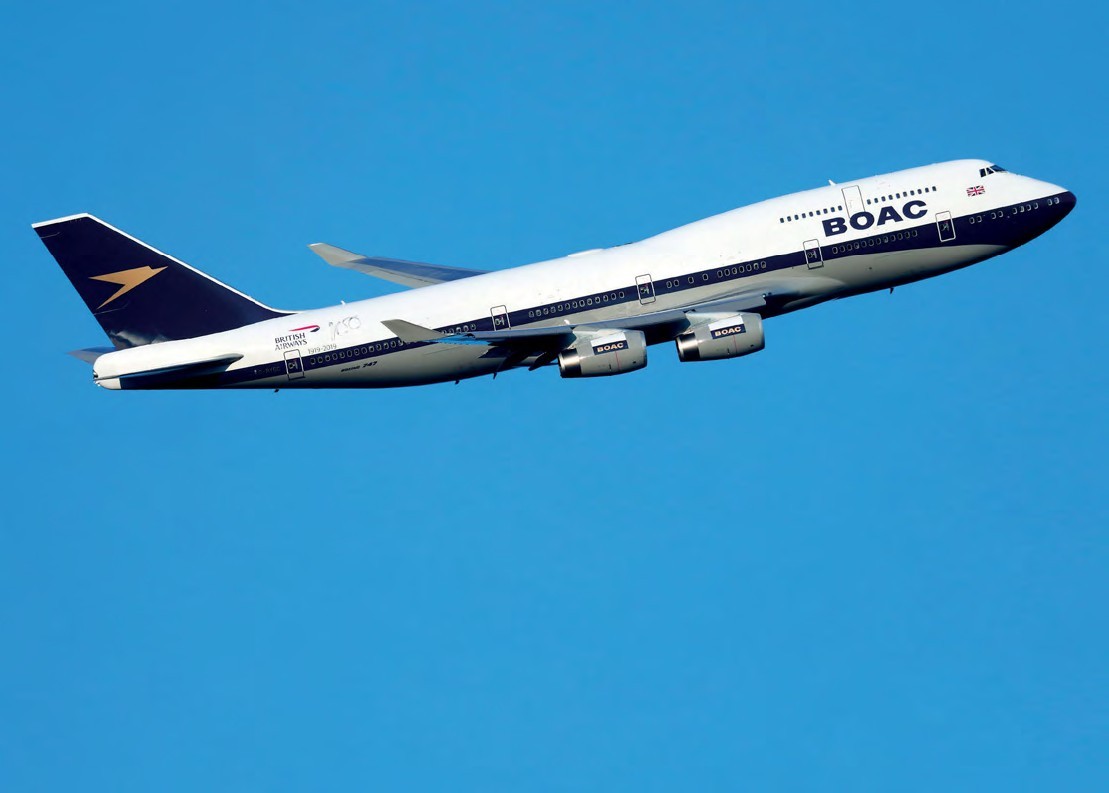 A veritable timewarp at Heathrow on 25 February, as 20-year-old British Airways Boeing 747-436 G-BYGC climbs out in a 45-plus-year-old BOAC colour scheme.
STEVE FLINT/AIRTEAMIMAGES.COM

The 1999-built airliner flew its first scheduled flight in the BOAC scheme the following day.

The livery is the first of several that will be applied to British Airways aircraft to celebrate the centenary of the establishment of Aircraft Transport & Travel, an operator which BA can trace its lineage back to. The current airline came about with the merger of BOAC and British European Airways in 1974, and the next aircraft to be repainted was Airbus A319-131 G-EUPJ, which received a ‘Red Square’ BEA scheme as worn in period by the Hawker Siddeley Trident, Vickers Viscount, Vickers Vanguard and BAC One-Eleven. A further two 747-400s will subsequently be painted in previous British Airways liveries, one of them in the original red and white ‘Negus’ Union Jack tail scheme and the other in the later, predominately blue-tailed ‘Landor’ design adopted in the 1980s.

Each of the centenary aircraft will be operated on British Airways’ regular routes until the individual airframes are retired, which in the case of G-BYGC is planned for 2023.