Boeing 747-436 G-BYGC (c/n 25923), pictured at a gloomy Heathrow, is the first of four British Airways aircraft to be repainted as retrojets as part of the carrier’s centenary celebrations.
All photos Wes Bushell unless stated 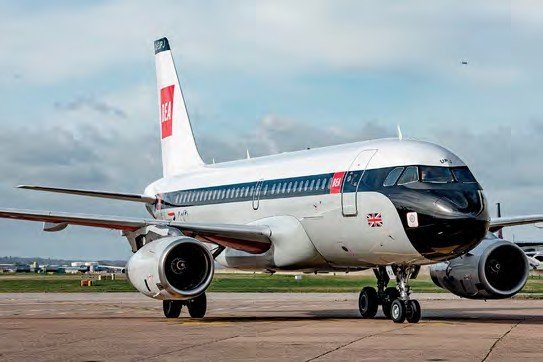 Arriving at London’s Heathrow Airport following its short flight using the call sign BA100, the retro-painted 747 taxied to the British Airways maintenance base for a welcoming ceremony where it was met by past and present British Airways and BOAC staff in representative uniforms.

The famous livery adorned BOAC aircraft between 1963 and 1974 and was worn on the airline’s first Boeing 747-136s in the early 1970s. BOAC’s speedbird logo has of course continued to be used by British Airways and the word ‘speedbird’ is the airline’s radio call sign.

The BOAC livery has been resurrected by British Airways as part of celebrations to mark its 100th anniversary.

G-BYGC is one four aircraft with retro schemes inspired by the airline’s history. BOAC and British European Airways (BEA) merged in 1974 to create today’s British Airways.

The second jet to receive a retro livery, which entered the IAC paint shop in Shannon on February 23, is Airbus A319-131 G-EUPJ (msn 1232), which now wears the famous BEA scheme with the red square.

The livery on G-EUPJ is not quite an exact replica of the BEA colours. One of the characteristics of the original BEA livery was red-painted upper surfaces on the wings. On the A319 these upper surfaces will be grey instead, to meet current wing paint reflectivity requirements.

On March 1, British Airways announced the third retrojet design (or “heritage liveries” as BA calls them), which is Boeing 747- 436 G-BNLY (c/n 27090) painted in the Landor design.

The aircraft went to the IAC paint bay at Dublin to be repainted in the scheme BA’s aircraft wore between 1984 to the introduction of the short-lived World Tails in 1997. The design features the BA coat of arms with the airline’s motto ‘To Fly, To Serve’ on the tail fin and a stylised Union Flag.

The 747 has also been renamed ‘City of Swansea’, the name the aircraft had when it originally sported the Landor livery on its delivery to BA back in 1993. The Landor livery also features the airlines’ centenary logo, which is displayed on all the aircraft which will wear the old liveries.

The aircraft returned to Heathrow and entered service in mid-March flying to long-haul destinations served by the Boeing 747. As with the BOAC livery on G-BYGC, the scheme will remain on the 747 until it retires in 2023. 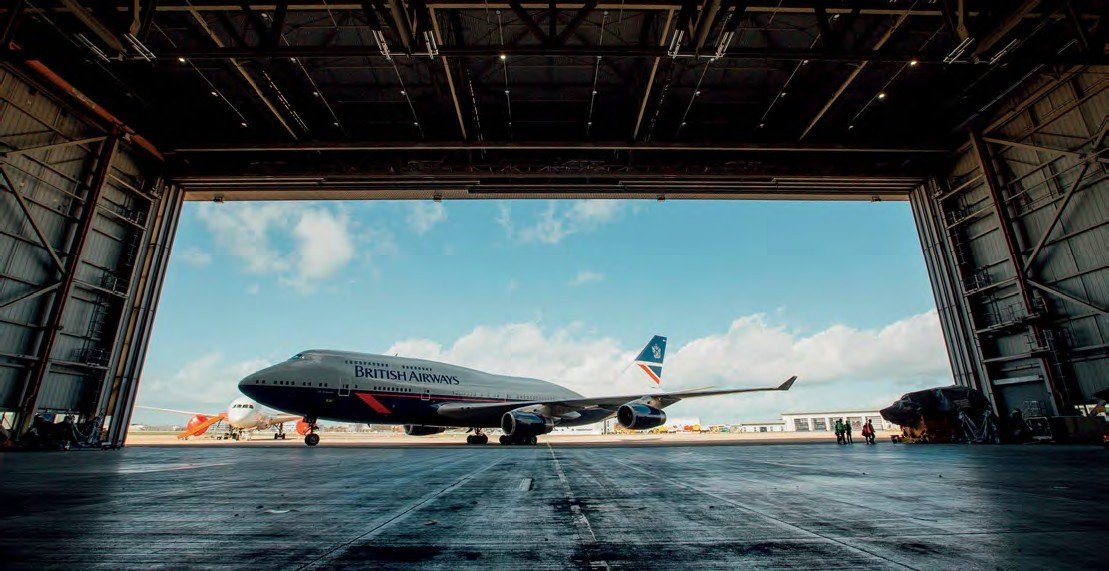 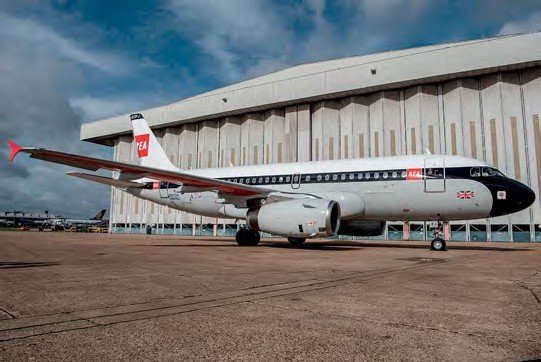 The retrojets have been painted by International Aerospace Coatings.

After a lot of speculation, BA confirmed the fourth and final retrojet design is the first version of the Negus livery worn by the airline’s aircraft from the BOAC/ BEA merger in 1974 to 1980 (a modified version of the livery with larger ‘British’ titles was used from 1980 until the introduction of the Landor design in 1984). When it initially appeared, the Negus livery was the first time an aircraft had carried the title British Airways title since 1939, when the original British Airways Limited merged with Imperial Airways to form BOAC.

Boeing 747-436 G-CIVB (c/n 25811), like the BOAC and Landor jets, was repainted by IAC in Dublin. Alex Cruz, British Airways’ Chairman and CEO, said the Negus design is, “particularly significant for us because it’s the first design worn by the British Airways that we all know today, with the distinctive lower case ‘a’ and the Union Flag on the tailfin”.

The Negus 747 was due back at Heathrow late in March. All new aircraft joining the BA fleet, including the A350-1000 due to arrive in summer 2019, will continue to receive the airline’s current Chatham Dockyard design.