REVEALED: Is Flybe returning to your local airport?

The regional carrier – once Europe’s largest – is now headquartered in Birmingham, with a secondary base at Belfast/City. While the duo are naturally well-served with a slew of routes, there will be serious disappointment including for those in the southwest of England and Wales, with no Flybe services in the pipeline. This is a particularly sore point for Exeter which was the home of the previous incarnation of Flybe and played host to an impressive range of domestic and continental links.

Manchester too has been snubbed with just a single route to Belfast – a dramatic change from 2019 when the northern gateway was Flybe’s number one airport by total passenger movements. There will however be some relief in and around Yorkshire as Leeds Bradford regains its London/Heathrow connection, which was dropped by British Airways in 2020. 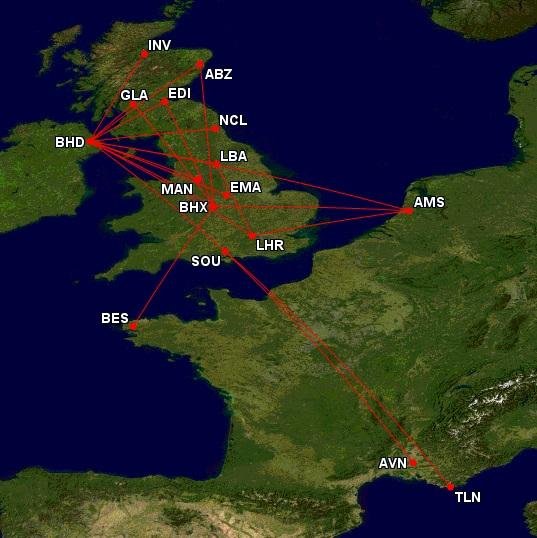