The latest books for the discerning aviation enthusiast 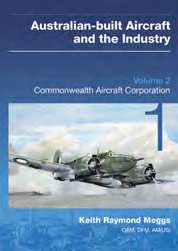 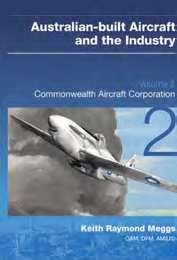 Just occasionally, an aviation title turns up for review that really takes one’s breath away. Here, all the way from the land of Dame Edna, is the second element of what is intended as a four-part work covering “every aircraft type proposed, designed, or manufactured in Australia from 1884 to the mid-1980s”. It comprises two hardback books with dust covers enclosed in a slipcase, and features the output of the Commonwealth Aircraft Corporation (CAC).

The treatment of each type is structured, chronological, authoritative, minutely researched and well-illustrated. In the case of the Boomerang fighter, one of CAC’s betterknown designs, the aircraft’s genesis, construction, testing, production and — to some extent — service history are accorded no fewer than 112 pages. Less In a far-sighted move in the late 1950s the Yugoslav government, unsure whether the more credible military threat it faced was from NATO or WarPac forces, authorised the construction ofa large underground air base at Bihac (Zeljava). The aim was to well-known but also covered in suitable detail is the 1972 proposal that CAC would cooperate with Saab and Volvo to offer the Viggen as a Mirage III replacement for the Royal Australian Air Force.

by Bojan Dimitrijević and Milan Micevski

In a far-sightedIn a far-sighted move in the latemove in the late1950s the Yugoslav 1950s the Yugoslav government, unsure whether the moregovernment, unsure whether the morecredible military threat it faced was fromcredible military threat it faced was from NATO or WarPac forces, authorised theNATO or WarPac forces, authorised the construction of a large underground airconstruction of a large underground air base at Bihac (Zeljava).  e aim was tobase at Bihac (Zeljava).  e aim was to build all facilities bar taxiways and runways underneath a mountain; this, it was hoped, would allow the base to continue to operate, albeit to a degraded degree, even after a nucl ear attack. 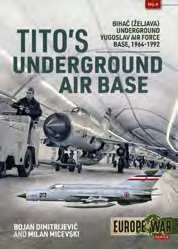 Author Keith Meggs and his father Greg have been working on this project for more than 60 years. It can thus truly be described as a lifetime’s work. Volume 1 was published in 2009, and work continues on numbers 3 and 4 to complete the set at some future date. No UK stockist is known at present, but Volume 2 is available from the website given below. Beautifully produced and weighing in at almost 7kg this is, in every sense, the daddy of them all. Phil Jarrett, reviewing Volume 1 in the February 2010 Aeroplane, awarded it ‘Book of the Month’. Volume 2 deserves nothing less.

BOOKS of the MONTH

The set-up at Bihac was designed around the MiG-21, which operated successfully from there until the internal conflicts of the Yugoslav wars in 1991. By the beginning of May 1992, Bihac had become the major point for the evacuation of Yugoslav Army troops leaving for Serbia. There followed the (planned) destruction of the whole site, using more than 50 tonnes of dynamite, later that month. This is the story of the base, its design, its operation and its explosive demise. Well-presented and well-illustrated, it includes four pages of colour profiles featuring various Yugoslav MiG-21s. Simply fascinating. DJC

The Flying Mathematicians of World War I 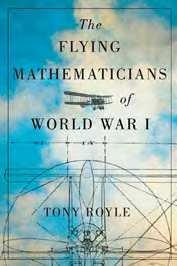 It is self-evident that the advancement of flight over the past 110-plus years owes as much to the mathematicians, engineers and scientists working in the background as it does to the pilots who have always been more in the public eye and have somehow taken much of the credit. This is the story of a small British group of mathematicians, engineers and scientists who, during the Great War, learned to fly in order better to understand and evaluate the aircraft they were working on or had designed. Author Royle is both a pilot (RAF, later Virgin Atlantic) and a mathematician. Fortunately, the reader doesn’t need to be either to enjoy what is an intelligent and entertaining read that covers previously untrodden ground.

Much of the activity of the time centres around the National Physical Laboratory at Teddington and the Royal Aircraft Factory at Farnborough. The names of many of the personalities may not be familiar, but their work and their contributions are recorded, discussed and put into perspective. While this book is well illustrated, the reproduction is not good. Oh, no it isn’t. A great pity, but this failing detracts only slightly from a most worthwhile volume. 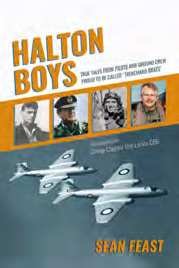 With recent issues, Grub Street has expanded the scope of its ‘Boys’ series from a specific aircraft type (such as Lightning Boys) to embrace broader criteria. This has made possible Halton Boys, subtitled “True tales from pilots and ground crew proud to be called ‘Trenchard Brats’”. The ‘Brats’ in question were the young lads — no lasses in those days — aged between 15 and 17-and-a-half who competed to join an apprentice scheme and learn a technical trade at RAF Halton, Buckinghamshire, the high-flyers being given the chance to become pilots and officers.

The introduction relates the history of the scheme in suitable detail, while the following 24 chapters cover the careers of notable Halton attendees. One such exapprentice was Donald Finlay who passed out in 1928, competed in the Olympic Games, trained as a fighter pilot, fought in the Battle of Britain and commanded two Spitfire squadrons. To complete the circle, he returned post-war to Halton as station technical officer. Some of the accounts relate to events many years ago and, as a result, are told more in the third person than is the case with other books in the series. The text, though, is just as engrossing.

by Jonathan Laverick and Bruce Morgan

There is a lot of ground to cover in this weighty little paperback. It takes in not only the story of Botswana’s former national carrier, which lasted only from 1966-69, but all the background to it and the events that preceded the 1972 establishment of Air Botswana. And there is a lot of background, for the authors examine how aviation in the

country developed from the first recorded flight in 1920. Along the way they inevitably take the socio-political aspects, not least the rise of apartheid in the 1960s and its appalling consequences. But there are also lots of good, entertaining flying stories here, whether from people who flew for, or with, Botswana National Airways in its DC-3s, DC-4s, Viscount and Baron.Many different archives have, meanwhile, been mined to create an in-depth account of its downfall.

Your reviewer’s criticisms are familiar ones, and not just for self-published volumes. The body text runs too close to images in places, some plurals are incorrectly styled, photo reproduction is somewhat variable, and too many shots have been left with crooked horizons.Otherwise, though, an impressive, extremely well-researched work documenting some very interesting history, whether socially or aeronautically. 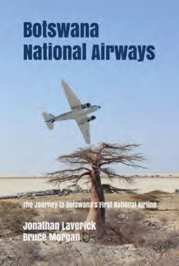 by Richard A. Franks 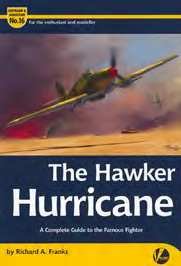 The formula of the Airframe & Miniature series, in which this is number 16, is surely already familiar to readers of this column, so no need to repeat it here. Suffice to say that it strikes a happy balance between detailing the ‘real’ aircraft and its many depictions in (plastic) model form. There are 28 pages of annotated drawings of every variant of Hurricane, which serve as an excellent recognition guide for those who want to know their ‘MkI (Fabric Wing) Early’ from their ‘MkI Tropical (Metal Wing)’. No fewer than 94 variants are recorded, including the Hillson F40 ‘slip-wing’ biplane and several two-seat conversions including trainers for Iran and a radar-equipped variant for Russia.

This work is impressively comprehensive, even to the point of recording and illustrating the one and only Hurricane to have flown wearing just a civil registration for other than flight-testing. This, famously, was G-AMAU (née PZ865), which was seen painted royal blue with yellow trim for the King’s Cup Air Race at Pendeford in June 1950. These were the racing colours of Princess Margaret, who sponsored the entry of its pilot Gp Capt Peter Townsend. The text is good and comprehensive, and the illustrations copious and well-reproduced. 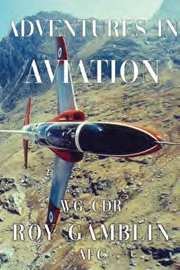 Let’s get one thing out of the way right now: this is a product of the sort of publishing house where the author pays something for the privilege of seeing their work in print, and has many of the hallmarks of that. The design is basic in the extreme, the text is in need of a further subedit — not least to hyphenate designations such as ‘C130’ and ‘F5’ — and the image reproduction is poor, with some shots being pixelated, others having random borders. It doesn’t exactly ooze quality, even for a penny less than 15 quid.

But, in spite of this, I’m very glad Gamblin found an outlet for his aviation autobiography, for his was an uncommonly diverse career. It began as a scientific assistant at RAE Bedford, during which time assignment to trials aboard aircraft carriers led him to rethink and become a pilot. This he did with the RAF, flying Hunters and Harriers on the front line, and instructing on Gnats, Hunters and Hawks. Nothing unusual there, you might think. But that’s reckoning without his posting to the Sultan of Oman’s Air Force, which saw him flying ground attack and transport types during the Dhofar rebellion, or an exchange tour on a Royal Norwegian Air Force F-5 squadron. And how many pilot memoirs will you ever read that include work on the bid to sell the Hunting Firecracker trainer to the RAF, or a sales tour on the BAe ATP? The chapters about the BAe 146 and Avro RJ programmes almost deserve a volume in themselves. Gamblin describes all his exploits in detail and entertainingly. It’s only a shame the result didn’t find a better publisher.