Revolutionary Aircraft and an Electric future? 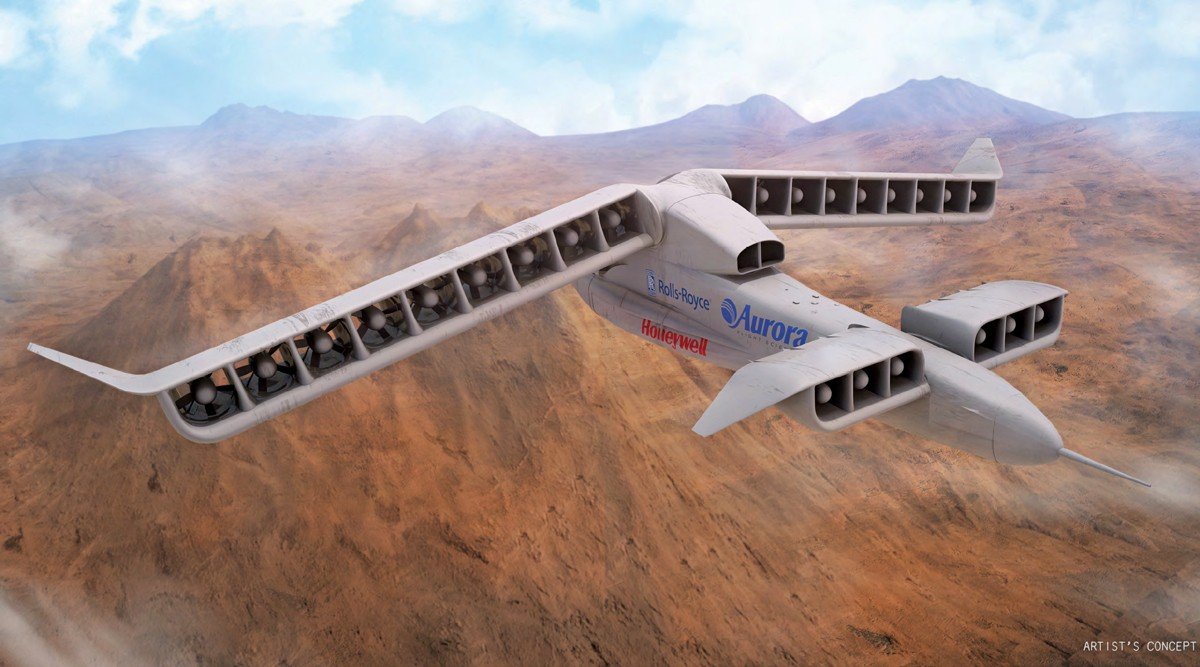 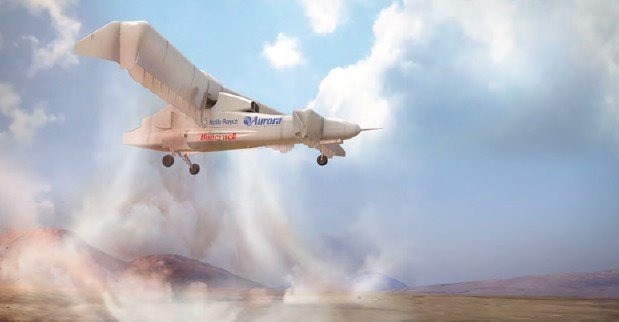 Mark Moore can see multiple revolutions coming from his office at the US National Aeronautics and Space Administration Langley Research Center at Hampton Virginia, where the NASA organisation has been pushing the frontiers of flight for over a century. He told a symposium in Arlington Virginia on December 6 that revolutions are going to transform flight in at least four technological ways: distributive electric power (DEP); additive manufacturing; advanced sensors; and autonomy incorporating increased computational power: “They are going to change fundamental capabilities in aerospace big time over the next 20 to 30 years. Embrace the wave, because there is no choice.”

Moore is enthusiastic about working on what he calls “the crazy frontier of aerospace DEP” for which NASA has been developing advanced technologies that may prove transformational. The Defense Advanced Research Projects Agency (DARPA), however, is currently working with industry to start flying prototypes of hybrid electric-powered vertical take-off and landing (VTOL) unmanned air vehicles (UAVs) in the near future. The Great Horned Owl UAV is under development by the Intelligence Advanced Research Projects Activity (IARPA), the intelligence community’s version of DARPA.

Phase one of the programme, which started in 2012, comprises work on a hybrid power source that will quietly generate electrical power from liquid hydrocarbon fuel.

The potential advantages of electric power for both manned and unmanned aircraft are already widely understood. Airbus and Chinese companies are already conducting development. In Slovenia, the Pipistrel WATTsUP light trainer, powered by an 85kW Siemens electric motor weighing 14kg (30kW) and a dual-redundant 17kWh battery pack which can be quickly replaced or charged in less than one hour, is ready for production. The reason aircraft like the WATTsUp are not currently in production is because the best electric power technology currently available gives half the power to weight ratio of a similar-size piston engine. That means half the payload and half the range. However, new technologies – including the synergistic effects of multiple advances – and new missions, as well as emerging objectives, are changing how the world looks at electric aircraft.

Different objectives for NASA, DARPA and IARPA have led them to invest in electric aerospace power for different reasons and to invest in meeting different goals.

For NASA, investment in pure rather than hybrid electric power will reduce carbon emissions and reduce the amount of power required. NASA aims for up to a 500% reduction for an aircraft to cruise at 175mph (280km/h), enabling high-speed cruise efficiency at one-fifth the energy expenditure.

Electrical power eliminates the penalty of higher fuel consumption for high-speed cruise borne by turbine and piston engines. Other NASA objectives include increasing the efficiency of aircraft electrical power from the current motor-controller-battery efficiency of 28% to 92%.

DARPA’s goals for the VTOL X-Plane programme is to use hybrid power to create an aircraft capable of 300 to 400kts (555 to 740km/h), raise its hover efficiency from 60% to 75%, raise the cruise-life efficiency ratio from five or six tons (4,500-5,400kg) and achieve a useful load of 40% of its overall weight, currently estimated to be between five and six tons.

As part of its New Aviation Horizons initiative aimed at expanding the routine use of electrical power for flight within the next decade, NASA is planning to fly its latest experimental aircraft or X-plane, the Scalable Convergent Electric Propulsion Technology Operations Research (SCEPTOR) aircraft in 2017.

Designated the X-57 and named the Maxwell after Scottish physicist James Clerk Maxwell, the X-57 is a highly modified Italianbuilt Technam 2006T aircraft, a type that’s in service worldwide as a light twin-engine trainer. Among the many objectives of NASA’s New Aviation Horizons initiative, the X-57 will provide a baseline to assess the differences in performance made possible by relying purely on battery-sustained electric power.

Modification of the Technam 2006 to X-57 configuration is being undertaken by Santa Cruz, California-based Joby Aviation. Modification work includes replacing the Technam’s original 100shp (75kW) piston engines with 14 DEP engines. All 14 engines are mounted on a version of the long, skinny Leading Edge Asynchronous Propeller Technology high-lift wing that was first ground tested at NASA’s Armstrong Flight Research Center, California in 2015. There are 12 on the leading edge for take-off and landing, and one on each wingtip for cruise. Propellers featuring the latest design and material technology providing 12% greater efficiency at high-speed cruise is one reason for different engines.

The X-57 Maxwell is the first NASA X-plane to fly in over a decade under a $15 million, three-year X-57 flight-test programme that is expected to begin in 2018. A further four types each using different concepts for electric power will follow the X-57. 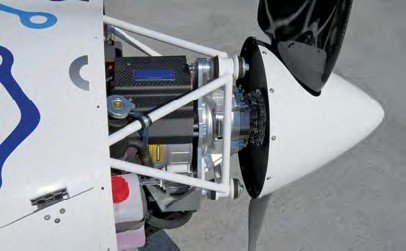 In 2016, DARPA’s VTOL X-Plane programme awarded a Phase 2 contract for the Aurora Flight Sciences Lightning Strike, an aircraft with 24 ducted fans, 18 in its tilting wing and six in two tilting forward canards. Lightning Strike is powered by three 1mW electric generators that, in turn, are charged by a single 150shp (111kW) Rolls-Royce AE1107C gas turbine. The aircraft is based on Aurora’s earlier Excalibur UAV design for the US Army, using hybrid power to combine VTOL capability with high-speed flight. An all-electric powered one-fifth-scale version first flew in April 2016 and the full-size version is expected to fly in 2018. 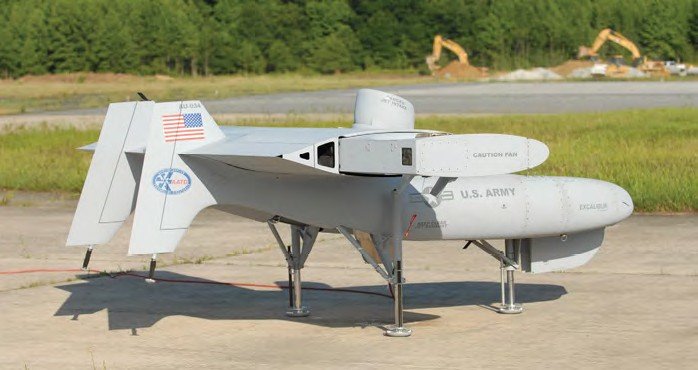 DARPA programme manager Dr Ashish Bagai said: “This VTOL X-plane won’t be in volume production in the next few years, but is important for the future capabilities it could enable: imagine electric aircraft that are more quiet, fuel-efficient and adaptable, and capable of runway-independent operations. We want to open up whole new design and mission spaces freed from prior constraints, and enable new VTOL aircraft systems and subsystems.”

Tiltwing designs offer the potential for greater efficiency in VTOL UAVs, providing lift from wings rather than rotors as in a helicopter. Moore said: “The helicopter is a pathetic flying machine, horribly inefficient. We have a chance to do so much better with new technology.”

This was successfully demonstrated by the NASA Langley GL-10 (Greased Lightning) VTOL tiltwing UAV demonstrator powered by ten electric engines, eight in the wing and two in the tail, which first flew in 2015. Compared to rotary wing UAVs, the GL-10 offered a 400% advantage in cruise efficiency in terms of the lift to drag ratio.

The GL-10, like the DARPA and IARPA UAVs, creates less noise and offers greater potential endurance, but as a way around the inherent physics of turbine or piston engines. This means the design can be scaled down to the size required by UAVs without accepting significant limitations in efficiency, specific power and reliability.

While this may not matter much for some uses (long-range cruise missiles only carry a payload on a one-way trip), increasing the reliability of UAVs carrying expensive sensor and communication payloads is a worthwhile investment.

While the X-57’s low carbon emissions are of interest mainly to civil operators, its low acoustic signature is obviously valuable for both civil – enabling urban operations currently limited by helicopters’ noise – and military use. 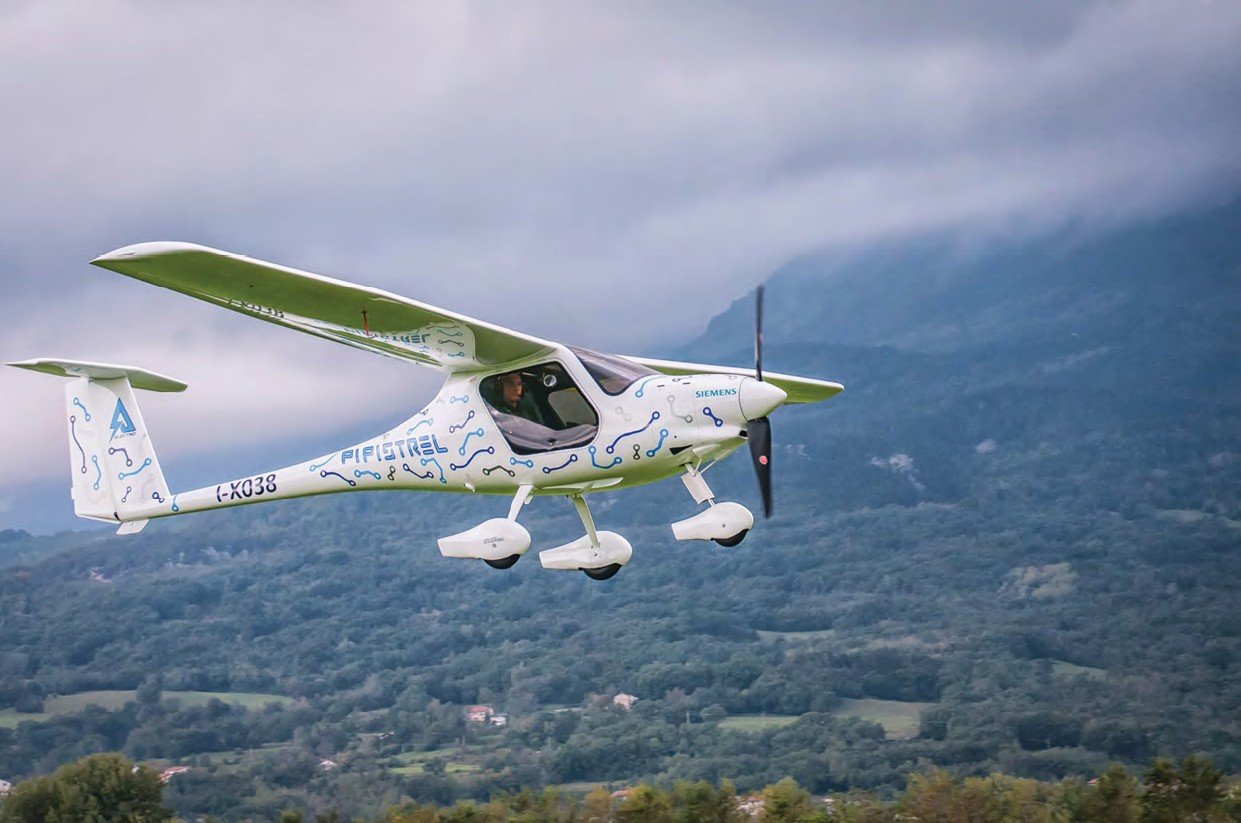 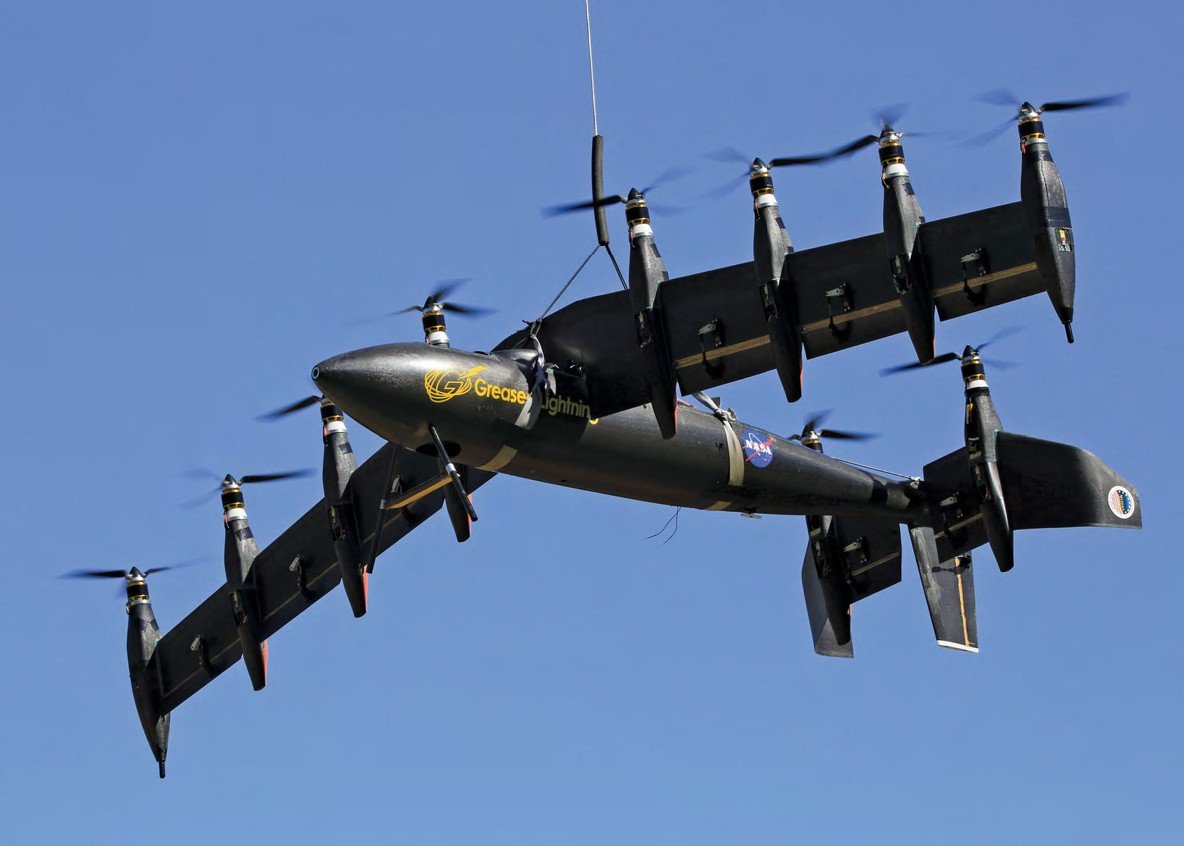 The X-57 design is intended to reduce its noise signature by 15dB compared to the baseline Technam 2006T configuration equipped with two Rotax 912-S3 piston engines.

Hot temperatures and high take-off altitudes will not limit electric engine performance the way they do turbine or piston engines: another potential advantage for both civil and military applications. However, over the longer-term future, the greatest advantage of electric power for aircraft may be the potential to be more reliable and – especially if adopted for widespread civil-sector use – cheaper than current engine technology.

Moore claims the US Department of Defense could achieve incredible cost efficiencies if a dual-use aerospace electric power technology is developed.

One of the most important factors for the long-term future of aerospace electric power is the parallel growth in autonomous flight capabilities. Successfully mass-produced and usable electric power and autonomous flight technologies could mean self-flying cars for the civil sector and flying trucks for the military will have stopped being science fiction and become an achievable goal.

Moore said consumer markets are evolving and that is pushing autonomy towards mass markets and production volumes.

It was similar changes, not just in technology but also in markets and end-user requirements, that led state-of-the art airliner technology to evolve from the Douglas DC-3 of 1939 to the Boeing 747 of 1969.

While it’s been a long time since airliners – or fighters – went through rapid technological change, electric power remains an area that has been identified as having the potential for revolutionary change in aerospace. In the near future, it is likely to be hybrid-powered UAVs, with specific military tasks, that will be the first to fly, but the X-57 and its follow-on X-planes show this change may well apply to manned aircraft as well. 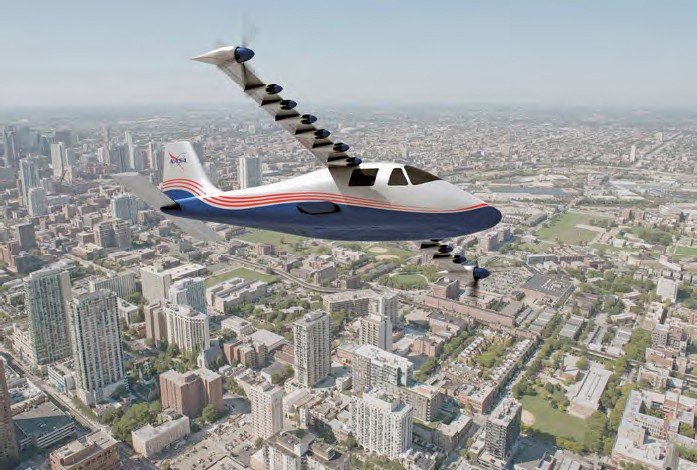 NASA is planning to fly the Scalable Convergent Electric Propulsion Technology Operations Research aircraft in 2017. The aircraft has been designated the X-57 Maxwell. NASA