The mostly Rhodesian-manned 266 Squadron flew the Hawker Typhoon from 1942-45 and was engaged in some of the heaviest battles of the war, as Tom Spencer recounts. 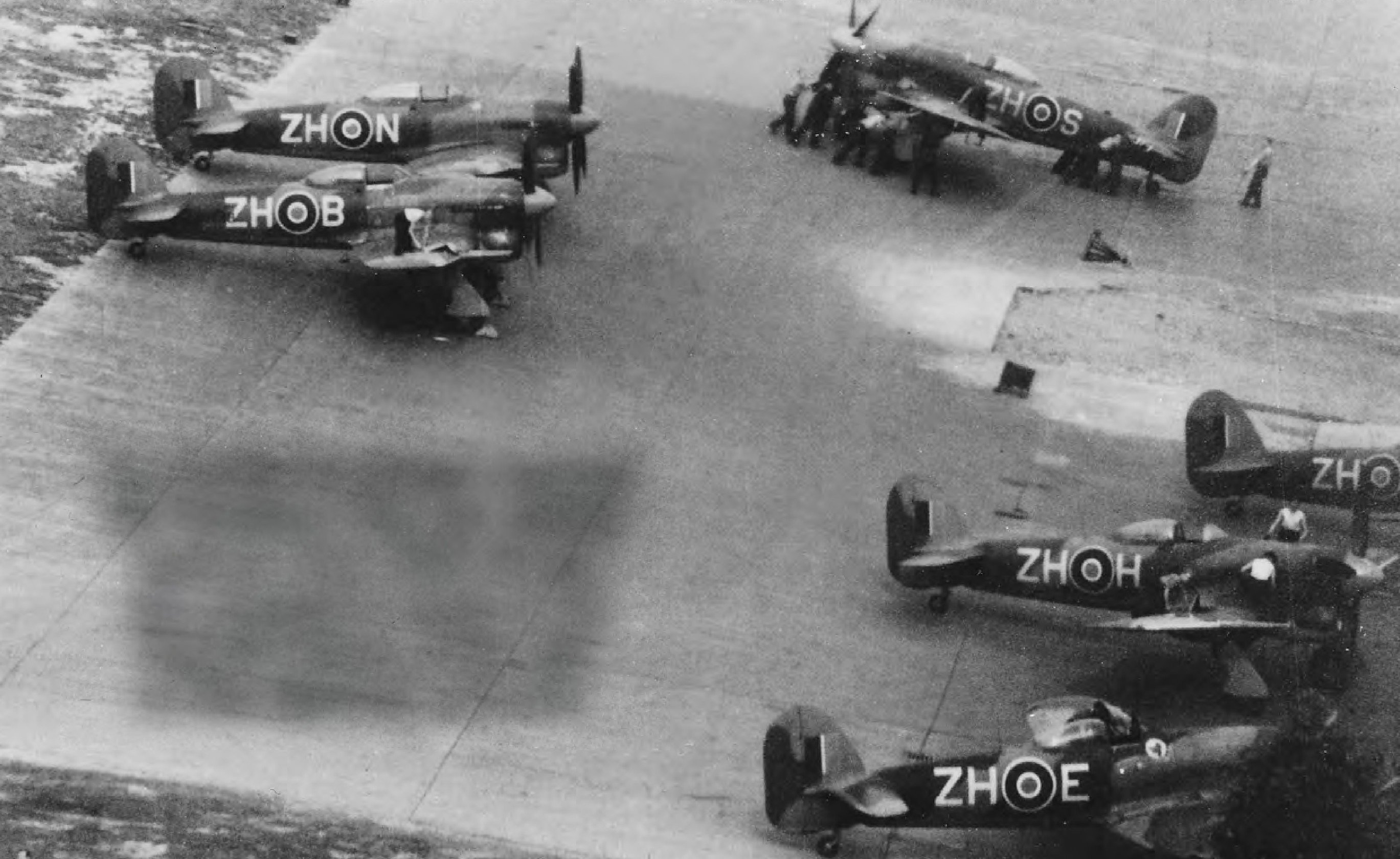 With the war over there was no need for dispersal, as shown by these 266 Sqn Typhoons being serviced at Hildesheim in June 1945.
R E G Sheward via author

The air forces of the Commonwealth and Dominions, among them Rhodesia, made a huge contribution during World War Two. Many Rhodesians joined the RAF and in Britain manned two squadrons, one of which was 266, which established a superb reputation in the skies over Western Europe.