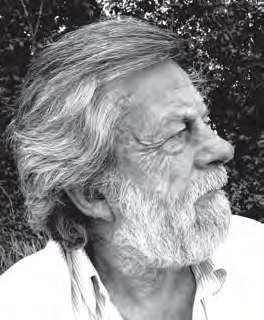 Richard Riding, the founding editor of Aeroplane Monthly — forerunner of today’s Aeroplane — died of heart failure on 5 January. He was in his 77th year.

Richard Trevor Riding was born in north London, the son of the illustrious E. J. ‘Eddie’ Riding whose detailed articles and superb three-view drawings of historic aircraft enhanced the pages of numerous contemporary magazines, not the least being those of Aeromodeller. The death of Eddie Riding with his friend, the renowned pilot Stanley Orton Bradshaw (nicknamed ‘Esso-Bee’) in the prototype Auster Autocar on 5 April 1950 deprived Richard of a devoted father but left him imbued with a desire to follow a career in aviation and photography.

After education at the former Swanage Grammar School, he became a freelance photographer from 1962-71 with a dual speciality: aerial photography and picturing pop singers for a well-known record company. He also took aerial photos for the old company of Aerofilms, set up originally by Claude Grahame-White in 1911, which at the time of Richard’s involvement was headquartered at Elstree aerodrome.

In 1971 Richard joined the staff of Flight International and quickly became a respected member of its specialist editorial team. Meanwhile, Flight’s publishers had acquired rights to the original weekly The Aeroplane, started by Charles G. Grey in 1911. This, by now known as Commercial Aviation News, had closed down for economic reasons.

When, in 1973, the publishers held discussions as to how they might capitalise on the enormous photographic library accumulated by the original and now-moribund The Aeroplane, the idea of a new monthly magazine arose. Richard — who had put that idea to Maurice Smith, publishing director of Flight — was the obvious choice to become editor. So he began a publication that has maintained both a high standard and a unique place in aviation journalism over the years. As well as the prolific number of articles and features he produced for the new Aeroplane Monthly, Richard also found time to write several books. One was on ultralights, another the history of Elstree aerodrome, and with Grant Peerless he produced a volume about Leavesden aerodrome and its subsequent transformation into a film studio.

Richard Riding had a strong sense of humour as well as that associated asset — a keen sense of the ridiculous, especially of stupidity in high places like government and company management. He made friends right across the world of aviation, and will be missed by many. Arthur W. J. G. Ord-Hume

A further appreciation of Richard Riding’s role in founding Aeroplane Monthly can be found in our Aeroplane Archive feature on pages 103-105.