The rise and rise of Gatwick

London Gatwick Airport has come a long way since opening as an aerodrome in the late 1920s. Lou Jones delves into the history and operation of the dual-terminal air hub. 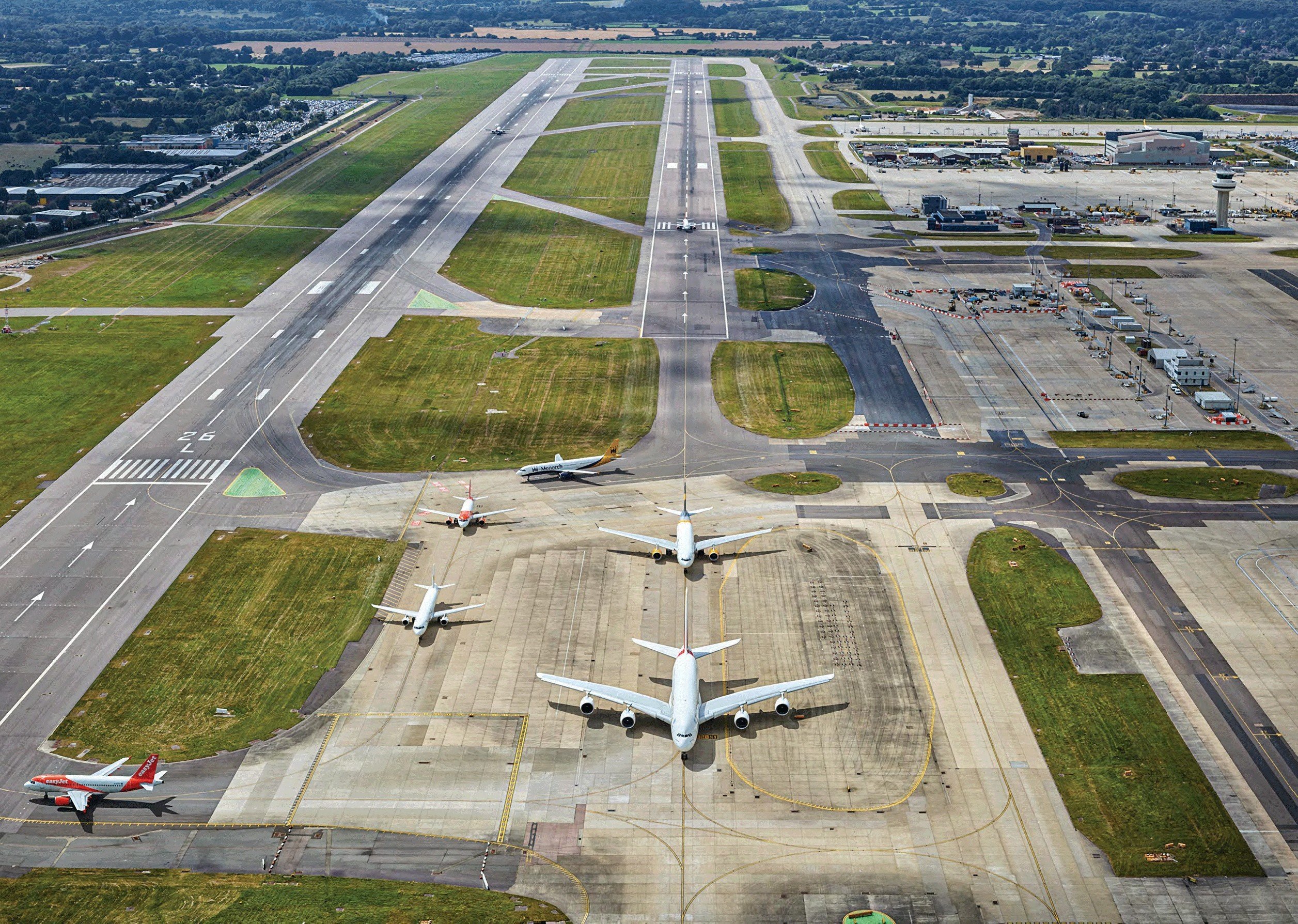 European law states there must be a minimum of 688ft (210m) between the centrelines of two parallel runways for them to be used simultaneously. Runways 08L and 08R at Gatwick are currently 649ft (198m) apart.

When John de Gatewyk was given ownership of land in the manor of Charlwood back in 1241, he could never have predicted that this spot, just more than 29 miles (47.5km) south of central London, would become the second busiest airport in the world to operate with one runway (only knocked from the top spot in 2017 by Mumbai’s Chhatrapati Shivaji Maharaj International Airport). Nor could he have dreamt that a major international airport would be named after him. It wasn’t until hundreds of years later that the foundations of the Gatwick we know today began to emerge. How did this patch of land in the Sussex countryside transform into Britain’s second busiest airport?