Rolls-Royce backs away from NMA 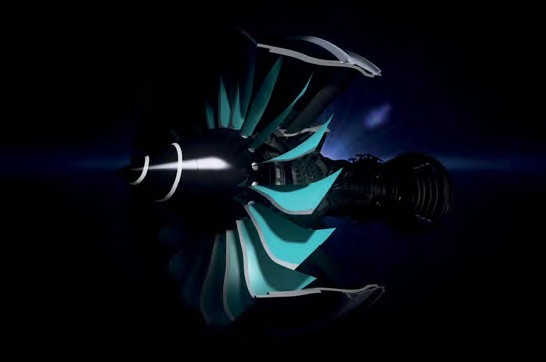 Rolls-Royce has withdrawn from the contest to power Boeing’s potential New Mid-market Airplane, but development work on its UltraFan engine continues.
Rolls-Royce

Rolls-Royce has withdrawn from the competition to supply an engine for Boeing’s proposed New Midmarket Airplane (NMA), saying it is “unable to commit” to the proposed development timetable for the potential new midsize airliner.

The engine manufacturer previously said the UltraFan engine it is currently developing would be available from the mid-2020s, which would have fitted Boeing’s service-entry aspirations if it developed the NMA.

However, Rolls-Royce now says that timeline would not satisfy its internal requirements for technical maturity of the UltraFan. The company said: “Meeting Boeing’s timetable would have required accelerating our demonstrator programme and withdrawing from the process will enable us to have a high confidence in engine maturity towards the end of the next decade.”

Chris Cholerton, Rolls-Royce’s President Civil Aerospace, commented: “This is the right decision for Rolls-Royce and the best approach for Boeing. We had begun [the UltraFan’s] development before the Boeing opportunity emerged and it must undergo a rigorous testing regime before we offer it to customers, which we do not believe can be achieved within the NMA timeframe.”

Rolls-Royce said even though it won’t pursue the potential NMA it will continue to mature its engine technologies. The company recently tested the composite elements of the Advanced Low- Pressure System, including fan blades, a fan case and annulus fillers, for the UltraFan engine architecture. Rolls-Royce describes UltraFan as the foundation of its future large civil aero engine programmes, offering a 25% fuel efficiency improvement over firstgeneration Trent engines.

Rolls-Royce’s withdrawal from the NMA engine contest leaves CFM International and Pratt & Whitney as the two contenders to power an aircraft that it is proposed will seat 220–270 passengers and have a range of 5,000 nautical miles (9,260km). Boeing will decide this year whether to offer the NMA to market before making a firm launch decision in 2020. If it did launch the NMA it aims to bring the jet, widely dubbed the 797 in the industry, to market in 2025.

Delta Air Lines’ Chief Executive Officer Ed Bastian recently repeated his airline’s interest in the NMA, telling investors during the JP Morgan Aviation, Transportation and Industrials Conference the airline has, “almost 200 aircraft between the 757s and 767s that we need to replace over the next decade. We are in discussions at a very preliminary phase with Boeing on it. Hopefully they’ll decide to go [ahead].”