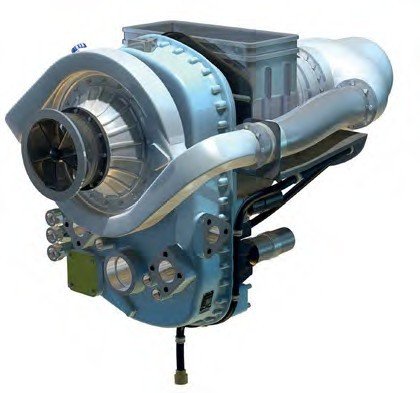 The M250 gas turbine, pictured here, is the basis for the hybrid-electric propulsion system.
Rolls-Royce

Rolls-Royce says it has successfully completed ground tests of a hybridelectric engine system using its M250 gas turbine that usually powers helicopters. The tests are part of what the company calls “one of the world’s most comprehensive hybrid aerospace turbine engine development and integration programmes”.

Rolls-Royce is planning to use the M250 hybrid as a propulsion plant with power ranging from 500kW to 1mW. It says the hybrid has “the potential to transform aviation power”, enabling distributed electric propulsion for hybrid electric vertical take-off and landing vehicles, hybrid helicopters and general aviation aircraft.

Complete engine testing took place in Indianapolis and included simulated take-off, cruise, landing and taxiing. The company said the tests, “confirmed the system’s suitability for a range of transport platforms including aircraft with a range of up to 1,000 nautical miles [1,852km] and weighing up to 2,000kg [4,409lb]”.

The first was series hybrid, where the engine operated as a turbogenerator that charges an onboard battery system. The second was parallel hybrid, where thrust was supplied by a combination of the engine (mechanical thrust) and the electrical system (electrical thrust), with the battery meeting the aircraft’s other power needs.

The third configuration was turbo-electric mode, where the engine operated as a pure turbogenerator supplying electric power for thrust and any other power needs.

The next step is to advance the hybrid system towards integration on an aircraft and experimental flights in 2021.