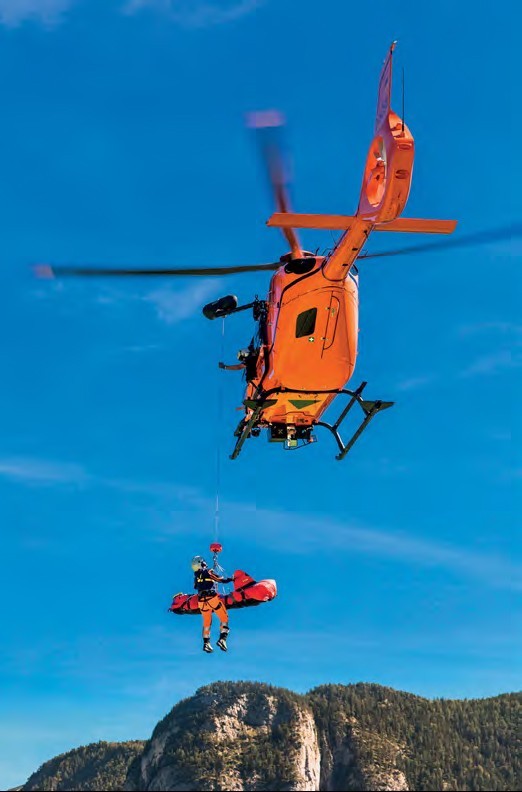 AIRBUS HELICOPTERS announced on September 19, 2019, that the Romanian Ministry of Interior has signed a contract for three H135 helicopters, configured for air medical services and search and rescue (SAR) operations.

The order follows an earlier framework agreement signed in July 2019, which paves the way for the procurement of up to ten H135s.

The helicopters will be used by Romania’s Serviciul Mobil de Urgență, Reanimare și Descarcerare (SMURD - Mobile Emergency Service for Resuscitation and Extrication) emergency rescue service. The SMURD Foundation is a non-government organisation founded in 2006 which already operates one H135 and eight EC135 helicopters.

Commenting on the contract signature, Commander Dache Paul Catalin, Romanian General Inspectorate of Aviation (IGAv) General Inspector, said: “During 15 years of air medical services – the well-known SMURD mission, the H135 has proven its utility, it is a rotorcraft which adapts rapidly to all types of requests.”

Catalin added: “All its advantages – flexibility maintenance, management of space for the transport of patients and passengers, its speed and capability of landing in a restricted area, the ability to perform life-saving medical procedures during flight, its allweather day and night capability and its versatility in mountainous areas – thanks to its rescue hoist – are essential when it comes to critical life-saving missions.”

Over 1,350 twin engine H135s are in service in more than 60 countries with more than 300 operators, and have flown over five million hours. Nigel Pittaway