Room with a view: Paris 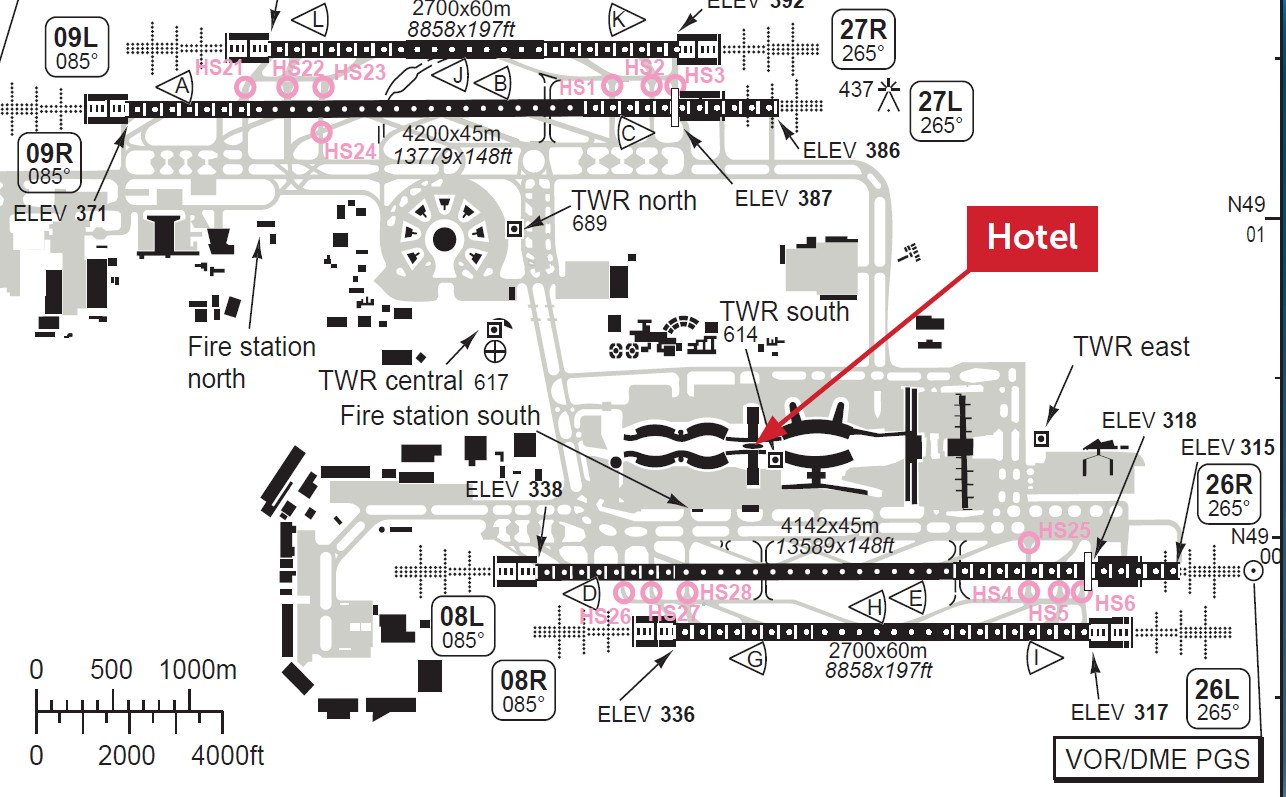 An airfield chart of Paris-Charles de Gaulle Airport with the location of the hotel marked.
Not for airborne/operational use, Navblue

Paris-Charles de Gaulle Airport opened in 1974 and has grown massively in terms of infrastructure and passenger numbers. In 2018, the most recent with statistics available, it handled just over 72m passengers. The airport has three terminals: Terminal 1 is a circular building with seven satellites, the newer Terminal 2 is a massive facility and home to Air France, and Terminal 3 is the smallest of the three.

The Sheraton Paris Airport Hotel & Conference Centre is situated in the centre of the Terminal 2 complex. Below is the main train station with connections to central Paris and the capital’s Orly airport. Although built over the train station, the soundproofing is very good.